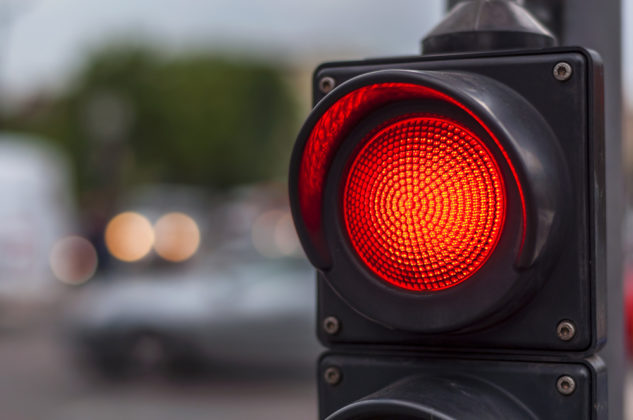 Bitcoin has faced some mounting downwards pressure today that has led it to its key support within the lower-$9,000 region
This downtrend comes after a series of strong rejections at $10,000, and was triggered by news of a 2009 BTC wallet moving crypto around
This decline has led the crypto to invalidate a previously bullish technical formation, and analysts are now expecting it to see further downside in the days ahead

Bitcoin is rapidly approaching its key support that has been established between $9,000 and $9,200 over the past couple of weeks.
The cryptocurrency’s ongoing decline comes after bulls tried and failed on multiple occasions to break the heavy selling pressure that exists just below $10,000.
This decline has led BTC to see a technical degradation that is now opening the gates for it to see further downside in the days and weeks ahead. Some analysts are even targeting a move down towards $7,900.
A previously bullish technical formation that the crypto was caught within has also been invalidated.
Bitcoin Declines Towards $9,000 as Weakness Mounts
At the time of writing, Bitcoin is trading down just under 6% at its current price of $9,150. This marks a notable decline from recent highs of over $9,800 that were set yesterday morning.
Once news broke of a previously dormant Satoshi-era wallet from 2009 moving Bitcoin, investors grew fearful that an early adopter was preparing to offload a significant amount of their crypto holdings.
This sparked a slight decline that led the crypto down into the mid-$9,000 region.
Bitcoin’s ongoing regression was triggered by this news, but it has likely been perpetuated by the multiple swift rejections that it has seen at $10,000 throughout the past several weeks.
This weakness has caused Bitcoin to invalidate a previously large ascending triangle pattern that some analysts had previously expected to give BTC a much-needed boost.
“I don’t like this extra low tf rollover we just got. I will let this play out to a lower low under ~$9120 before officially declaring [the triangle] dead, but we don’t really have the solid uptrend I’d like for an ascending triangle any longer at this point,” one analyst noted.
Image Courtesy of Jonny Moe
Here’s How Low BTC’s Next Decline Could Lead It
Analysts do believe that today’s downtrend marks a technical breakdown that could lead the cryptocurrency significantly lower in the near-term.
Josh Olszewicz – a well-respected cryptocurrency analyst on Twitter – explained that the cryptocurrency could be positioned to decline down towards $7,800 in the days and weeks ahead.
“1D BTC TK c-clamp says be careful with longs up here, we’re about as ‘overbought’ as we were in mid-Feb w/a similar setup. If we retrace, kijun is target at 7888. Tenkan at 9.1k also a weaker support. The longer price stagnates up here, the higher the likelihood of retrace,” he explained.
Image Courtesy of Josh Olszewicz
This weakness could be invalidated if the cryptocurrency is able to post a strong reaction to its support in the lower-$9,000 region.
Featured image from Shutterstock.

Since the market rout on March 12, otherwise known as ‘Black Thursday,’ bitcoin futures and options contracts have seen significant...