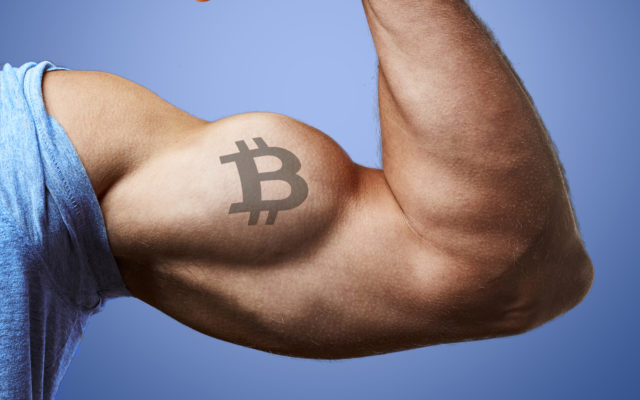 Cryptocurrency trading is skewed to two major hubs – Bitcoin and Tether. While for years BTC was the most traded digital coin, for a few months now USDT has taken the lead in terms of daily volumes.

On Thursday, the total volume for Bitcoin and USDT combined was between $55 and $65 billion, depending on the type of reporting. This covers the majority of trades in the overall daily activity of $84 billion, based on CoinMarketCap data. Bitcoin now takes up above 30% of all trades, while USDT props up 35% of all activity.

This specific trading profile has defined the behavior of the crypto market. The USDT inflows prop up the BTC price, and also support a handful of top-rated altcoins. The more significant inflows go into Ethereum (ETH), with a share for Bitcoin Cash (BCH), Litecoin (LTC), EOS, and a handful of other coins. ETH still makes more than 11% of overall crypto activity, a pace that has remained steady despite the slowdown in token trades. ETH is still used in base pairs, especially on decentralized exchanges, and offers the chance to arbitrage trade.

Most new exchange listings also include USDT pairings, which was a rarity in the past. Only minor altcoins trade exclusively against bitcoin.

USDT Sets the Pace for Altcoins

The behavior of USDT, both on-chain and on exchanges, is correlated to market rallies, recent observations show. Rallies are almost fully supported by a growing USDT activity, with a spike in on-chain transactions or new minting. Additionally, USDT has been migrating to the TRON network, in addition to new transfers to the Ethereum (ETH) network.

The activity on bitcoin and crypto markets is now heavily skewed toward the top, meaning there is much lower hope for obscure coins and tokens to see funds flowing in. USDT has also created several markets for coins rallying ahead of other assets, as in the case of Chainlink (LINK) and Cosmos (ATOM).

USDT also grew its influence as OKEx will aim to offer USDT-settled futures for a handful of coins. USDT-based positions mean higher activity without having to hold collaterals in multiple coins. USDT is also boosting the activity of smaller stablecoins, which are often used as a fiat off-ramp. During the recent rally, coins like USDC saw significant burns, meaning a trader withdrew to actual US dollar positions.

What do you think about the trading dominance of USDT? Share your thoughts in the comments section below!

US, EU and UK Companies Can Now Pay Workers in Bitcoin Cash via Bitwage

Getting at least partially paid with cryptocurrency is a great way to enter the digital asset market without having to...