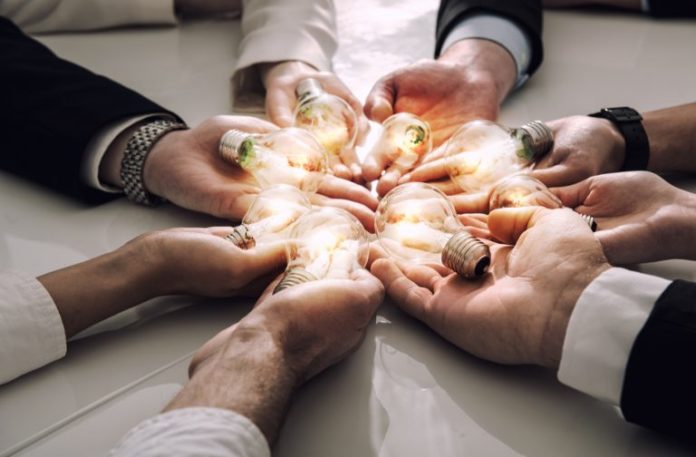 For the uninitiated, voluntaryism is a philosophy based on consent. In the simplest terms it says: “If it’s not voluntary, it’s not moral.” This basic statement is often countered with “Yes, but not everyone agrees on that, some people use violence to get what they want.” This is 100% true. And this is why voluntaryists are not pacifists, but believe in and support self-defense. Self-defense as per voluntaryism is defined as protecting one’s property, which begins with the self. As such, the philosophy and its adherents have taken a remarkable interest in bitcoin, thanks to the non-violent nature of peer-to-peer, decentralized currency. The central axiom of voluntaryism is individual self-ownership. What this means simply is that an individual’s body is their own, and the bodies of others are not theirs to coerce or control via violence or threats of violence. While this sounds like a given for any moral society, common practices and ideas in current culture and society such as taxation, democracy, and authoritarianism in general are incompatible. They are incompatible because they are based on violations of property, which is the definition of violence as per the philosophy.

Voluntaryist conceptions of property are arrived at via the individual. As the individual’s body and life is his or her own (individual self-ownership), by extension, those previously unowned resources which they acquire via their body’s labor become their property. If there is an unowned apple tree in a meadow, the man who picks an apple from the tree has now appropriated the fruit. In the case where there is a dispute about the tree itself, laws of property—and not arbitrary assertions of authority—decide the rightful owner.

Let’s say two people in the above scenario disagree, and both claim ownership of the apple tree. They have a few choices. They can “duke it out” and attack one another physically for dominance based on arbitrary assertion. “It’s mine because I say so!” They can alternately work out some system voluntarily by which to share the tree and its fruit. Realistically, however, this does not always happen. The third option is to determine who—if anyone—is the tree’s proper owner. “Proper” being itself related to “property.” Perhaps individual A in this scenario makes a more direct, objective link claim. “The tree was my father’s. He planted it and gave it to me when he died.” In this case the property legitimately acquired via the father’s body has been gifted to the son by his will. Party B has no say over the disposal of the tree, as property is defined as an exclusive use right.

In another scenario, party B might make the claim that the tree is part of his homestead. He fenced it in years ago and there was no one living around there at the time, or no protests if there were. He came upon the tree first, and claimed it. In yet another context a party C might be present to help resolve the conflict, as resorting to the initiation of physical force always comes with societal and economic consequences. The Price of Violent Conflict

Should individual A and individual B resort to fisticuffs for ownership of the tree, several serious costs are incurred. First, if there are no other parties in the area, individual A killing or maiming B for the tree will not be beneficial to him. Apart from losing some company in the wilderness, A also loses any hope of market cooperation with B, and their aggregated power to secure and manage resources is diminished. Perhaps B is an excellent marksman and a skilled hunter. Physically attacking B could result in no more deer jerky or meat supplies from A. In this way, cooperation is advantageous to both A and B as self-interested individuals, completely absent of any ideas about “selflessness” or altruism. This simple illustration can be compounded, multiplied, or made infinitely more complex without changing or disproving the foundational ethics or functional logic beneath. In today’s world, small groups of individuals called “presidents,” “governments,” “prime ministers,” and “kings and queens,” have claimed ownership of vast swathes of property and resources—including the bodies of others—willy-nilly. There’s no connection to their bodies. No connection to self-ownership. And though “individual self-ownership” may be semantically critiqued, the natural reality is concrete, objective, and immutable. Only I can move my hands or blink my eyes via direct biological connection to my brain. No one can achieve this more directly than I can. In a sense, this is “nature’s design.”

The rulers of the world today claim ownership over the bodies of others via taxation. They demand a percentage of the income earned through the labor of the bodies of others under threat of violence. “Taxation” as such is merely a euphemism for extortion. On a one-to-one level (try it with your friends and see if they’re fine with it) this is called slavery. On a governmental level, it is illogically euphemized as “the price we pay to live in a civilized society.” The literal gangs called “governments” today claim land and resources, killing or caging any who challenge them, apropos of nothing more than the antiquated idea of “divine right to rule.”

Universalization, Bitcoin, and Beyond

While objective morality is hotly contested, it is an unnecessary debate insofar as voluntaryism is concerned. The question is simple: does one value minimal violence? If one values the minimization of potential violence in a given society, it is empirically demonstrable that a non-universalizable norm like “kings and queens” (everybody cannot be king or queen) will always potentiate violent conflict over resources and influence. This is reliable as gravity. There must be a grundnorm for working out differences, which every individual (the smallest minority in any society) can exercise with equal potential clout.

Bitcoin and other peer-to-peer electronic payment systems have opened new doors for voluntaryists to transact peacefully. Where the fiat (“by decree”) money systems of governments worldwide rely on violence—”Use this money or we’ll physically harm or threaten you”—bitcoin relies on consent. Users are free to not surrender their value to bullies or violent parties, as the “bully” has no control over the mathematics which govern the system. This math, like individual self-ownership, is a naturally occurring, decentralized, objectively provable phenomenon. Voluntaryists prefer decentralized order as opposed to centralized, violent governance. This makes bitcoin and crypto a good fit. There are plenty of objections to the use of bitcoin. Some think it is a deep state co-opt created as a long-game takeover of the world monetary system. A conspiracy to exit cash. Some view not paying taxes and a lack of centralized oversight as criminal and dangerous. Objections to the ideas of voluntaryism are in no short supply, either. “It’s utopian! People are generally violent and selfish!”

Regardless of personal opinion, the facts remain: bitcoin and crypto (technology) facilitate direct, consensual P2P transaction. Claiming a bitcoin user must be “supervised” with violence or forced to pay for something, is a violation of their self-ownership and natural human autonomy. Claiming that people are corrupt, so voluntaryism “cannot work” is a self-detonating position, logically. If indeed most people are evil, the worst idea ever would be to have a centralized power structure composed of these very same people.

Massive criminal gangs have already taken over; one just needs to read the news every day. They’re called governments. Roads are already built by private companies all over the world. Breathtakingly complex webs of voluntary legal agreements hold together the modern economies of nations worldwide. Legions of individuals interact and transact peacefully every day, not because of a powerful police presence, or regulation, but because where highly self-interested individuals valuing peace are concerned, property norms, free trade, and strong social connections are infinitely preferable to superstitions about kings and queens backed by unthinkable brutality and violence.

For an introduction to the basic tenets of voluntaryism, check out this excellent video. To learn more about bitcoin and cryptocurrencies, consult this resource.

Did you come to bitcoin via voluntaryism? Let us know in the comments section below.

Ignore Crypto Twitter – Life as a Nocoiner Isn’t That Bad

Crypto Twitter (CT) is filled with half-witted commentary and price predictions by so-called luminaries, maximalists, and influencers. As the price...