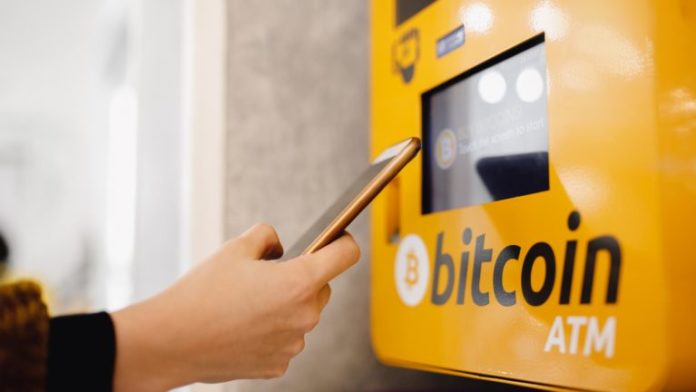 There are currently 8,947 cryptocurrency ATMs and 211,239 non-ATM locations you can buy or sell cryptocurrencies at across 71 countries, according to cryptocurrency ATM tracking website Coinatmradar. In July, the number of crypto ATMs rose from 8,490 to 8,919, the site revealed Monday. While there were 544 new bitcoin ATMs, 115 machines were shut down during the month, leaving a net growth of 429 machines.

The U.S. continues to lead in the number of bitcoin ATMs (BTMs). At the time of this writing, there are 6,879 machines in the U.S., most of which are located in Los Angeles, Chicago, Miami, Houston, Dallas, and Atlanta. Canada comes second with 816 bitcoin ATM locations, most of which are located in Toronto, Montreal, and Vancouver. According to Coinatmradar, other countries with more than 50 bitcoin ATM locations include the U.K., Austria, Switzerland, Spain, Germany, the Czech Republic, Poland, and Italy.

There are currently 43 producers and 554 operators. The company which has manufactured the most bitcoin ATMs is Genesis Coin with 3,101 machines at the end of July, an increase of 157 machines during the month. The second-largest manufacturer is General Bytes with 2,661 machines, 103 of which were added in July. Coinsource also added 56 bitcoin ATM machines last month.

The bitcoin ATM operator with the most machines is Bitcoin Depot, which has 791 machines, 46 of which were added in July. The second-largest operator is Rockitcoin with 436 machines, followed by ATM Coiners, Coincloud, Coinflip, and Coinsource.

Bitcoin ATMs were the focus of a recent crackdown by the U.S. government when a $25 million operation was taken down and 17 machines seized in California. The owner was running the operation without complying with proper AML requirements, the Department of Justice said.

In June, news.Bitcoin.com reported that U.S. regulators had been targeting bitcoin ATMs. According to blockchain analytics firm Ciphertrace, 88% of funds that U.S.-based BTMs sent to exchanges in 2019 were sent offshore and users on average sent more funds to high-risk exchanges than low-risk exchanges.

What do you think about the growing number of bitcoin ATMs? Let us know in the comments section below.

Why Klaytn and Link Will Catalyze Blockchain Adoption in Asia

In the last two years, popular messaging giants in Asia and Europe have announced plans to launch a blockchain-powered cryptocurrency....