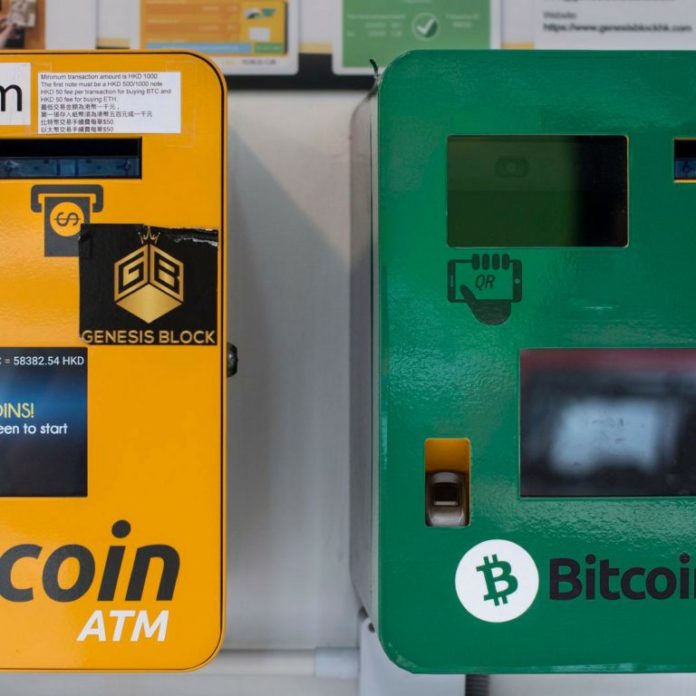 Coinatmradar.com reports a milestone of the 3,500 threshold being crossed for bitcoin ATMs (BATM) installed across the globe. One of the goals behind bitcoin automated teller machines is ease of onboarding to the world of crypto. A bear market – a protracted Crypto Winter – appeared to slow BATMs’ placement. And for sure it just might have, but numbers remain relatively strong considering, with the greater worry among BATM operators being US federal regulations preventing innovation.

3,500 Bitcoin ATMs Installed Around the World

Coinatmradar.com announced this week a psychological milestone for the ecosystem had been reached: more than 3,500 bitcoin ATM machines are now installed all over the world. Not so long ago, BATMs were thought to a perfect onboarding tool, and especially in the United States.

Americans are already trained on the basic tech, having had decades of automated ways to snag cash. That such machines could be placed where consumers are, rather than the customer having to seek it out, meant BATMs would be put in liquor stores, fast food restaurants, shopping malls, movie theatres, etc. It was just a matter of time until such convenience caught on.

That was before prices soured and the US federal government began cracking down on BATM operators. “No doubt, US regulations play a huge role in our business,” head of marketing at Blockchain BTM, Tim Curry stressed. “We would be able to provide many more services, and for much cheaper, were it not for a myriad of regulations we must comply with,” Mr. Curry explained to News.Bitcoin.com at this year’s Comic Con in San Diego, where his company was an exhibitor.

Still, the fact so many BATMs are up and running, with a heavy concentration of those in the United States, and all this during a bear market, is testimony to BATMs’ potential power. “It’s a bank in a box,” Mr. Curry noted. “We can onboard someone faster than Coinbase, and in about two to three minutes from start to finish. No having to wait up to a week. No linking your personal bank account.” Blockchain BTM is largely focused on the California market at the moment, from the border with Mexico to about as far north as Bakersfield.

Just shy of a year and a half ago, the ecosystem celebrated BATMs reaching four digits, 1,000, around the world. Of the approximate 3,500 installed across the globe, over 1,800 support alternative coins such as litecoin and ether. North America retains the greatest concentration of machines, with close to 2,600 installed between the United States and Canada.

At present, something on the order of 9 BATMs are being installed per day. Genesis Coin and General Bytes make up over half of all installations. Most machines are set to offramp from fiat, government paper, and onto crypto. However, markets seem to be seeking two-way alternative machines, allowing users to jump in and out of fiat and crypto, as those BATMs are growing in total market share.

Have you noticed more Bitcoin ATMs around? Let us know in the comments section below.

The post Bitcoin ATMs Now In The Thousands Around the World appeared first on Bitcoin News.

UK-based bank Barclays has denied it is working on cryptocurrency products despite two employees removing LinkedIn evidence they were doing...