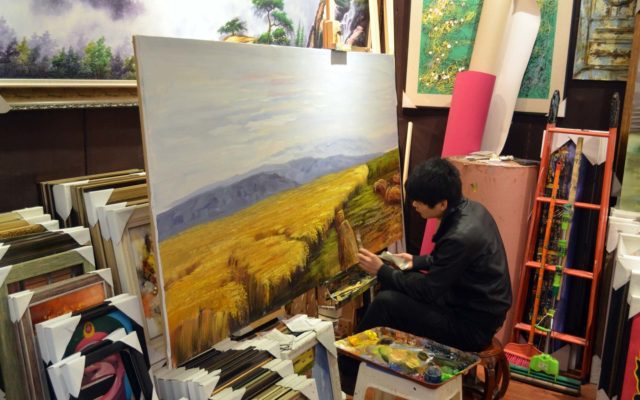 All eyes are back on the world’s largest digital asset as bitcoin price shot up over $10,000 yesterday. BTC appears to have found a little stability in this price range for now, but there are still the detractors that are adamant that it is a speculator driven bubble.

The ‘safe haven’ debate has been raging for most of this year as bitcoin lifted itself off the ground to record a gain of over 170% since January first. Traditional old school investors, who prefer stocks and commodities and are largely averse to new technology, continue to berate the digital asset claiming that it has made those gains purely on speculation.

“But don’t believe the hype that this rise reflects safe haven buying, similar to gold. Bitcoin is not being bought by investors searching for safe havens, but by speculators betting that they are!”

As trade tensions rise and the yuan falls, Bitcoin is trading back above 10K. But don’t believe the hype that this rise reflects safe haven buying, similar to gold. Bitcoin is not being bought by investors searching for safe havens, but by speculators betting that they are!

The fact that both assets have had a sterling year says a lot. Both bitcoin and gold are offshore assets which are immune from central bank meddling and capital controls. As we have seen in China and South America recently, governments have slapped restrictions on what people can do with their own money.

The smart ones will be driven to forms of finance that subvert these monetary constraints. Gold is a good investment, but it is not really practical in terms of ease of movement and cross border transactions. You can’t take a bag of gold through an airport with you. Bitcoin, on the other hand, works much better and by design can be sent anywhere on the planet in minutes.

“Investors are speculating that #Bitcoin will become a “safe haven” (reserve asset) in the future because of its superior monetary attributes (to gold and the dollar). Nothing can go from zero to being the world’s monetary base without speculation.”

Trader and analyst Luke Martin added that in terms of performance, BTC is way ahead. Gold is up around 19% on the year which is a fraction of bitcoin’s gains.

“Bitcoin isn’t a safe haven asset yet, which is fine! In the meantime it can play the “best performing asset while having basically zero correlation to anything else” role in a portfolio.”

Bitcoin isn’t a safe haven asset yet, which is fine!

In the meantime it can play the “best performing asset while having basically zero correlation to anything else” role in a portfolio. pic.twitter.com/sJbmrXRQ5a

Seasoned investors are likely to have a bit of both in their portfolios so the constant bitcoin bashing from reputable investment commentators comes across as a little imperceptive at times.

How does bitcoin stand in the ‘safe haven’ debate? Add your arguments below.

Electronics company Samsung has applied for a blockchain-enabled Solid State Drive (SSD) patent, according to today’s report from industry news...