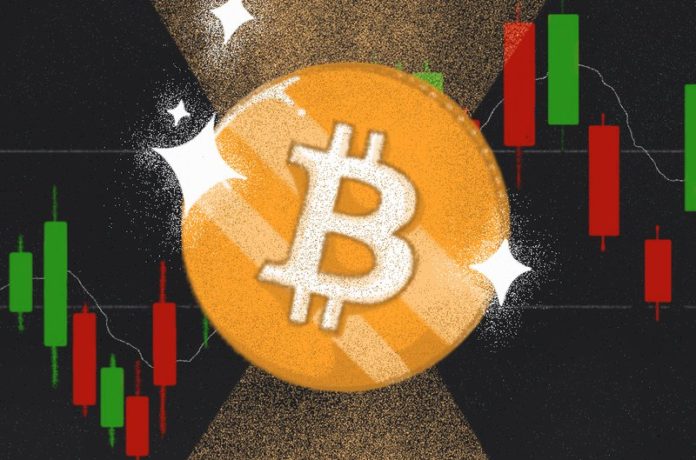 This article was originally published by 8btc and written by Lylian Teng.

The bitcoin price has broken $8,000 for the first time since July 2018, with most cryptocurrencies trading in the green. The rally has sent “bitcoin” to the top of the Baidu hot searches (China’s equivalent of Google Trends) as of May 14, 2019.

As of press time, bitcoin is trading at around $8,135, up over 15 percent over the past 24 hours and nearly 40 percent in the week. While no one is sure why bitcoin has skyrocketed, many believe there are several factors driving the surge.

Many Chinese crypto traders believe that the scam coin Vollar (VDS), one of the most talked about cryptos these days, is a factor behind the bitcoin rally. Because investors must use BTC to exchange for VDS, it might have brought a considerable amount of funds into the crypto space.

The lottery-like game VDS has gone viral lately in the Chinese crypto community for its multi-level marketing promotion and bitcoin reward. The coin has increased in value from 4 yuan per coin in March to a high of 85 yuan. Despite its pyramid scheme nature, it still draws large amounts of new money in. It is estimated by local media that VDS has drawn about 7.2 billion yuan (roughly $1.05 billion) of capital.

J. P. Morgan announced that it is rolling out a USD-pegged stablecoin for cross-border payments and the world’s largest asset manager, Fidelity, is about to roll out bitcoin trading for institutional clients in the coming weeks.

Bakkt, the digital asset exchange that shares a parent company with the New York Stock Exchange, announced on Monday that it would begin user acceptance testing for bitcoin futures contracts in July.

In last night’s Xinwen Lianbo — a daily news program produced by state-run China Central Television (CCTV) — the Chinese government stated strongly to its people that Beijing has made adequate preparations for the trade war with the U.S. The tough speech was highly praised by the Chinese and quickly became widely spread.

As the tension between the world’s two largest economies grows, following Beijing’s hardcore stance broadcast to all of China, the stock markets crashed again. Bitcoin could emerge as a global hedge thanks to its decentralization nature, protecting it from political intrigue. U.S.-China relations may have sparked this potential for bitcoin, as sophisticated investors turn to the crypto market.

As bitcoin price continues to rise, it’s clear there’s some FOMO (fear of missing out) sentiment as crypto traders who were waiting to buy bitcoin while the price was lower than $4,000 are coming to realize that they might miss their chance and are thus hurrying to buy bitcoin at a comparatively higher price before it gets even more expensive.

Bitcoin bull Tom Lee asked via a Twitter poll what price BTC must hit for people gripped by FOMO to jump back in. Forty-five percent of the respondents think $10,000 is a psychological mark and 23 percent believe that mark is now.

Bitcoin price just reached a new all-time high…in Argentina. Rampant inflation in recession-ravaged countries like this highlights more than ever...