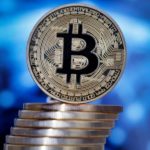 In today’s article, we will be reviewing BTC’s past prices and market predictions so that we can develop a Bitcoin price prediction for August 2020.

For most of the past week, Bitcoin’s (BTC) volatility rate has dropped to a three-year low, but the BTC/USD has shown to be moving within a short-term bearish trend, signaling that a volatile period will follow suit.

Tel Aviv-based Bitcoin and crypto company ZenGo revealed that Bitcoin transactions across three major BTC wallets have a vulnerability for a sort of double-spending attack. The researchers have also said that according to their tests, 9 other wallets might be compromised.

The Bitcoin wallets, Ledger Live, Edge, and BRD, have updated their firmware to prevent such possible attacks.

The vulnerability is called BigSpender and enables wallet holders to believe that a payment has been received while it was actually replaced by the sender. This could prevent the wallet owner from having access to his funds.

“The core issue at the heart of the BigSpender vulnerability is that vulnerable wallets are not prepared for the option that a transaction might be canceled and implicitly assume it will get confirmed eventually,” posted Oded Leiba, ZenGo’s senior software engineer, about the weakness.

“This negligence has many faces. First and foremost, a user’s balance is increased on an incoming transaction while unconfirmed and is not decreased if the transaction is double-spent and thus effectively canceled.”

Ledger and BRD have put into question the language applied by the researchers at ZenGo.

“There is no actual double spend being performed,” the Ledger security team stated. “The user funds stay safe. Nevertheless, the display of received transactions could be misleading.”

“Potentially several millions of users were exposed before the fix based on the user base of Ledger and BRD public numbers,” ZenGo’s chief executive Ouriel Ohayon said.

While the Bitcoin wallet developers contest the risk of the possible vulnerability, Ohayon maintains his claim that the threat could lead to greater damage.

“It does not mean that there are no other issues or that other wallets are not exposed to the BigSpender attack,” said Ohayon.

As several crypto forecasting sites launched their own Bitcoin price prediction for August 2020, we have incorporated some of these predictions below so that we can showcase a more inclusive market sentiment about the future price performance of BTC.

Longforecast projected that BTC will start trading at $9244 when August begins. They also predicted that the maximum price of the coin for this month would reach $10039, while the minimum price will be around $8109. The monthly average was calculated at a price of $9172. The closing price was estimated to reach $9295, change for August 0.6%.

Coinpredictor projected that Bitcoin will drop with -22.6% in August, meaning that the coin will be trading at $7,137.53.

Cryptorating’s Bitcoin price prediction for August estimated that the coin will decrease with -2.78%, which would set BTC at $8 869.51.

30rates made predictions for the first 19 days of August, along with the minimum and maximum values of each particular day.

With this, we have reached the end of our Bitcoin price prediction for August 2020. From the data and predictions, we have analyzed, Bitcoin will soon enter a volatile phase that will be predominantly bearish.