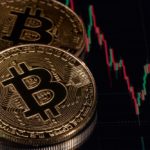 Today, we will be taking an in-deep look at the historical prices and market opinions of BTC, so that we can project a Bitcoin price prediction for January 2020. 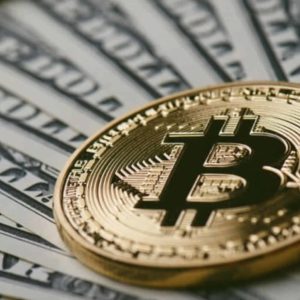 Bitcoin started December at $7.571,62, with the price declining throughout December until the price reached a new multi-month low of $6.540,05 on December 18th. Luckily, the following day, BTC recovered to $7,200 and continued to keep itself above this value.

On December 23rd, there was a noticeable increase in Bitcoin price, with the coin surpassing the $7,500 resistance level. The price also briefly touched the $7,600 level and the 100 hourly simple moving average.

But the bullish momentum failed to get Bitcoin to $7,680 and $7,700 levels, with two occasions in which the coin attempted to reach the $7,700 resistance.

By failing to touch this new resistance level, this led to the formation of a new downtrend below $7,500 support and the $7,400 pivot. There was also a break below the contracting triangle with support near $7,500. 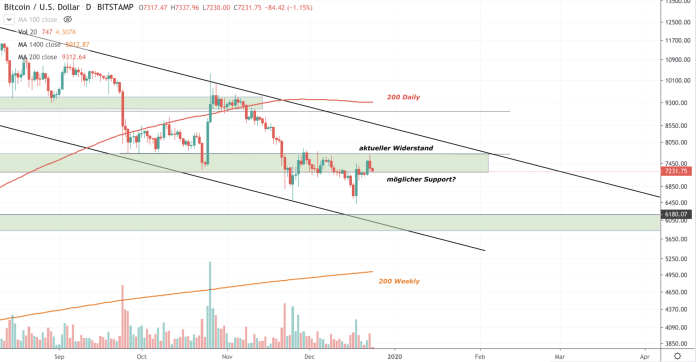 Bitcoin’s Lightning Network saw a lot of traction in 2019, and it has been predicted that the technology will soon experience rapid development, as it is continuously developed by Blockstream, Lightning Labs, and other development firms.

“Taken together, those technologies will make channel and liquidity management much easier. They’ll be automated, fade into the background and user experience will improve drastically,” stated Newberg.

There has also been a surge in Lightning Applications (or LApps), which are in some way similar to Ethereum-based DApps.

2019 saw the release of the first Lightning-powered video games, including Satoshi’s Games, a hub for various games that convert in-game points into satoshis. More of such games are set to go live in 2020 officially.

Most LApps are true to Lightning’s core use case of payments, but a few LApps have started venturing into new territories, and that would be messaging.

Due to a recent software update, Lightning is now able to support complex messaging, and two projects, Whatsat and Sphinx Chat, are looking to use Lightning for encrypted messaging. Both apps make use of type-length-values (TLVs) in order to attach the message to a Lightning payment. Then, these messages are sent through the network at a small fee.

Whatsat is an open-source stack that awaits contribution from the developer community, while Sphinx Chat is in private beta at the moment, with a launch scheduled for 2020. 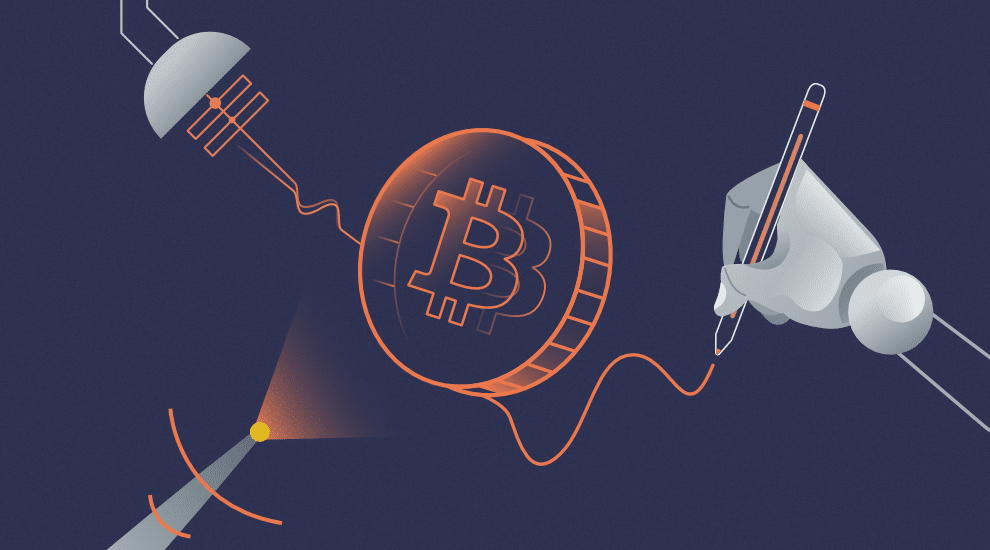 Various sites have made their own Bitcoin price prediction for January 2020, so we decided to incorporate some of the most relevant ones to better portray market sentiment.

Coinpredictor expects Bitcoin to have a 15.2% increase at the start of January, which would bring BTC to a value of $10,623.29.

WalletInvestor made predictions for the next days of January, along with the minimum and maximum values of each day.

This has been our Bitcoin price prediction article for January 2020. We hope that the information we provided will be of help to you in your future BTC trading operations.

Twice within the past week bitcoin prices have reacted strongly to escalating geopolitical tensions reinforcing its status as a safe-haven...