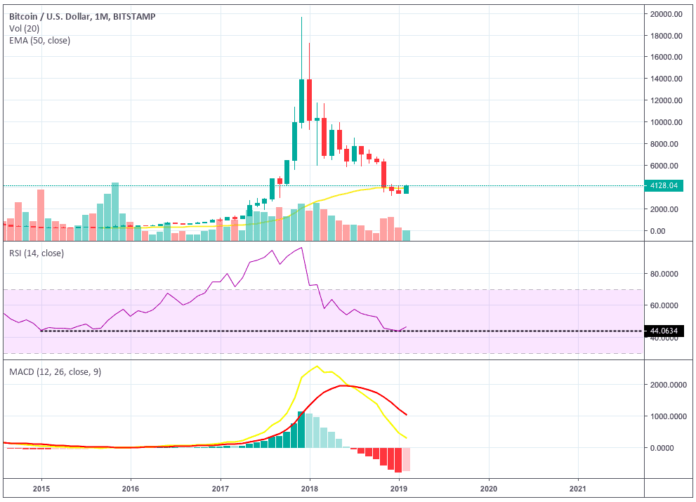 The price surge which took place yesterday across the cryptocurrency market has brought the market leader Bitcoin to some key resistance points.

If price can continue to increase and overcome these points, price prospects will be far more bullish for both Bitcoin and altcoins alike.

One level of note for analysts has been the 50 EMA on the monthly timeframe.

Yesterdays surge has brought price above this point, but with another week before month-end, this cannot be counted as entirely bullish until the candle closes.

It is also worth noting that the monthly RSI is trading near its all-time low which could further support the argument that the market is after bottoming out. 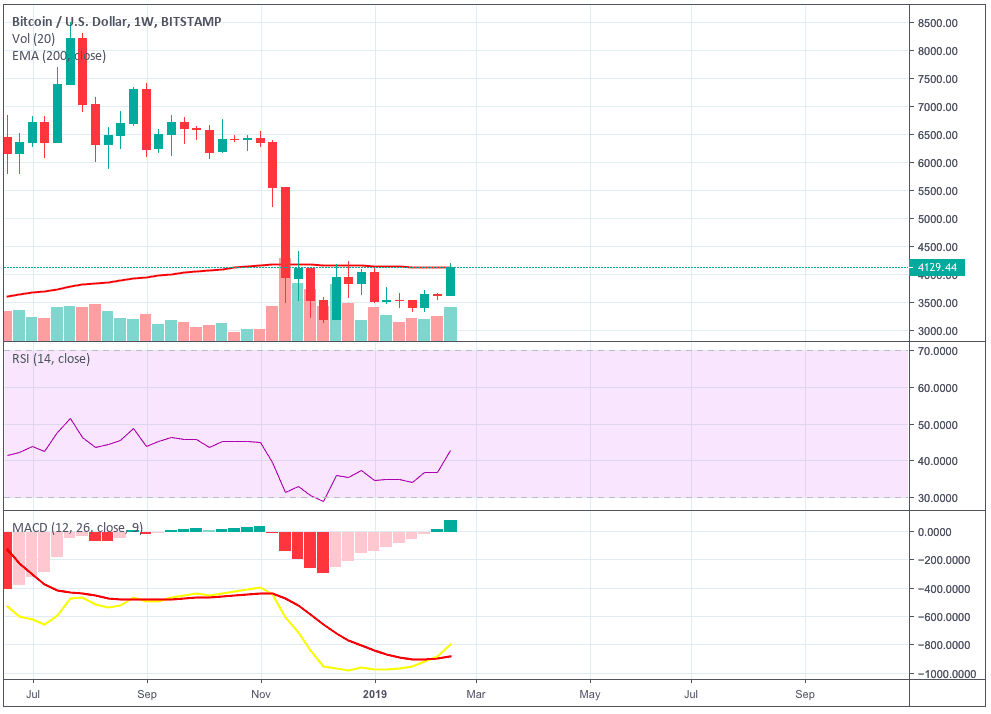 One point which price has failed to overcome yet is the weekly 200 EMA.

Unless price can record another increase today, the price will close below this level.

This level has already previously come into play as resistance, but each consecutive test serves to weaken the level with fewer sellers to hold the level each time. 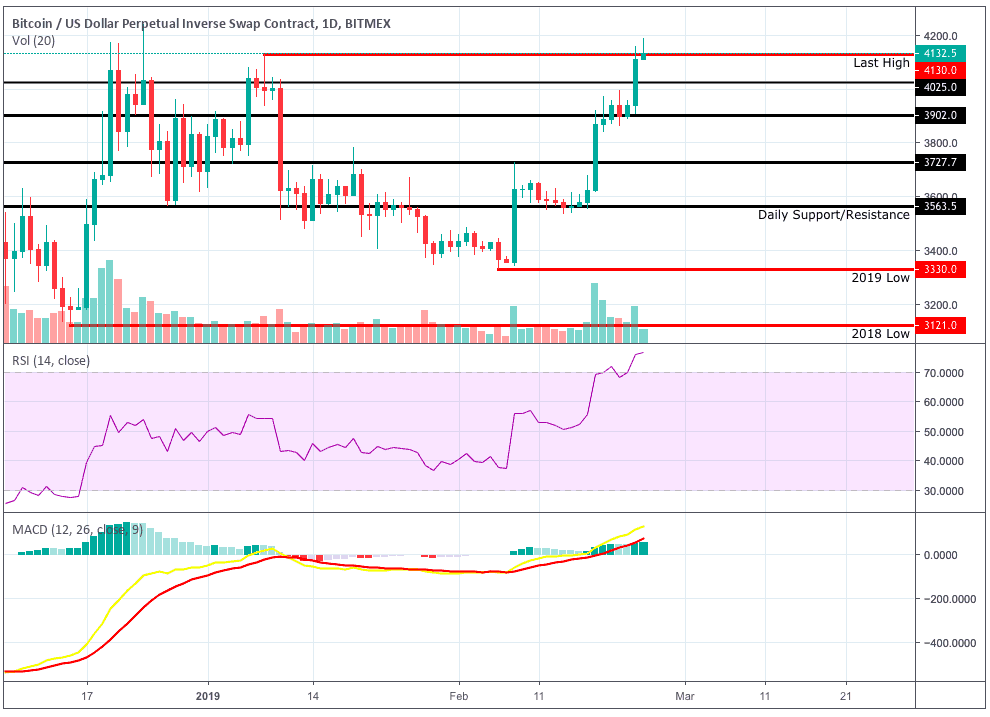 Increases above this point have been quickly rejected by traders showing that the level is playing its expected role as resistance. 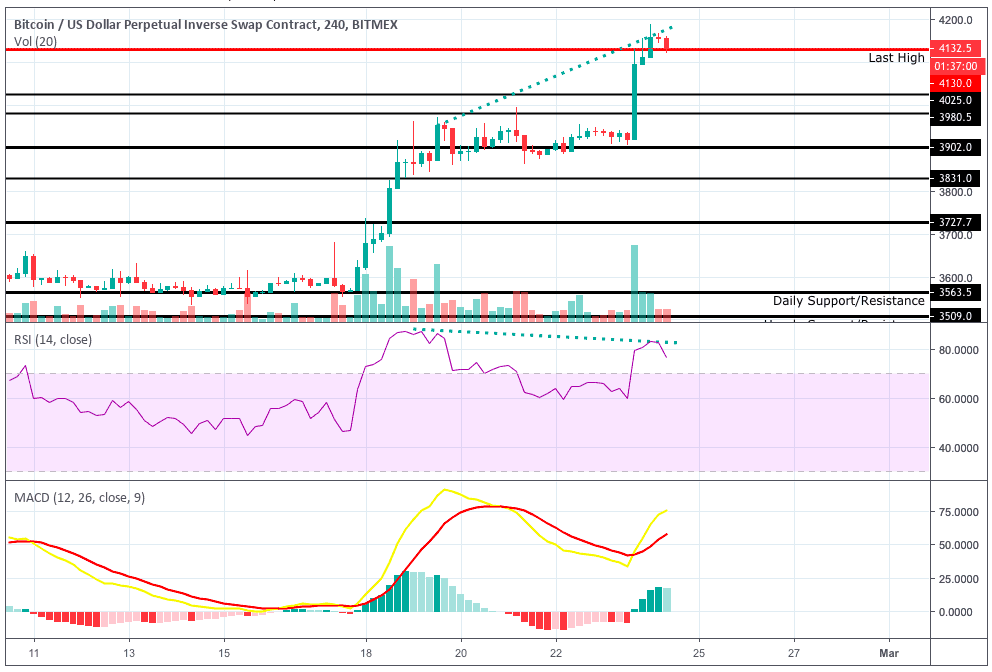 The 4-hour chart for Bitcoin is indicating that a reversal may take place at least on the shorter-term time frame.

The price and RSI are forming a bearish divergence pattern which is a trend reversal pattern.

This takes place when the price goes on to form higher highs, and the RSI forms a lower high.

It shows price continuing to increase despite falling buying pressure.

Despite this pattern forming, the longer-term timeframes are significantly more bullish for price prospects after yesterdays increase.

An increase significantly beyond the former high would likely spur a significant amount of buying, and a large increase and buyer activity should be closely monitored for. 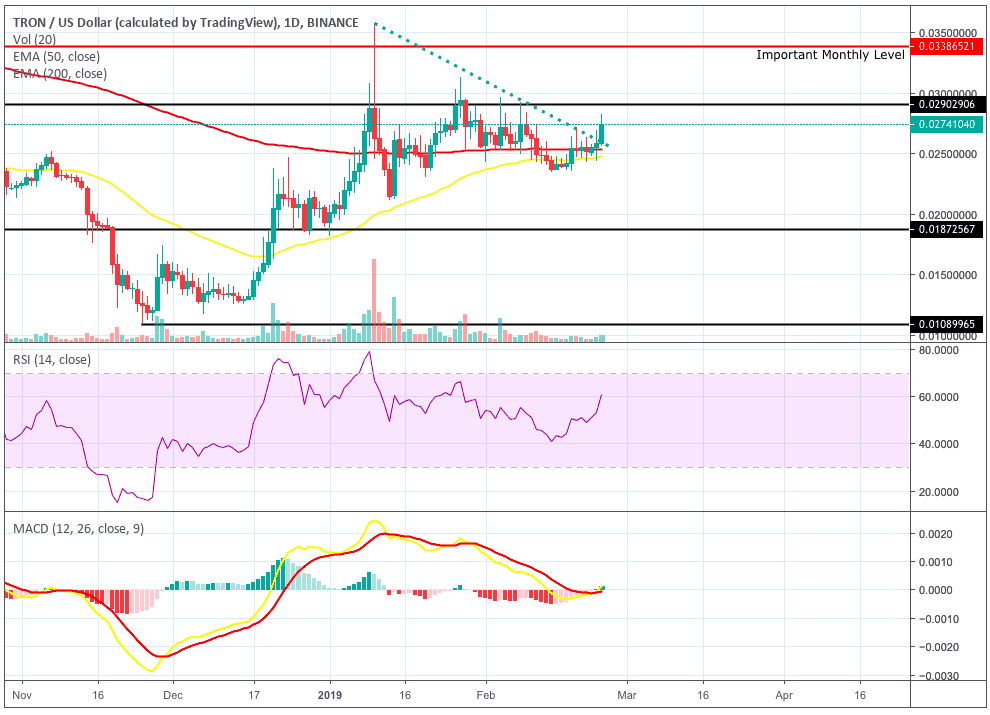 Data from Messari show Tron TRX increasing 8.17% against the USD over the past 24 hours, a greater amount than 4.99% for Bitcoin.

The increase resulted in Tron moving above a downward trend line it had been finding resistance at and also moving above both the 50 and 200 EMA which may now act as support.

The 50 EMA is also trading upwards towards the 200 EMA, and a crossover may spur more buying. 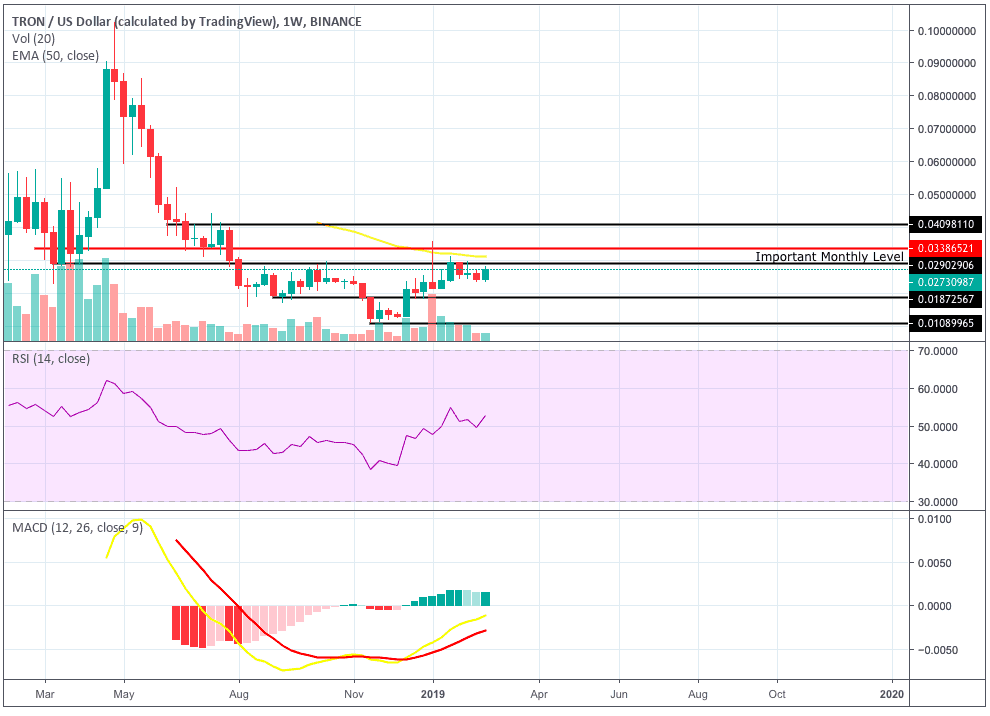 Liquidity has been found a number of times above $0.029, and a move above this level may also spur a lot of buying activity.