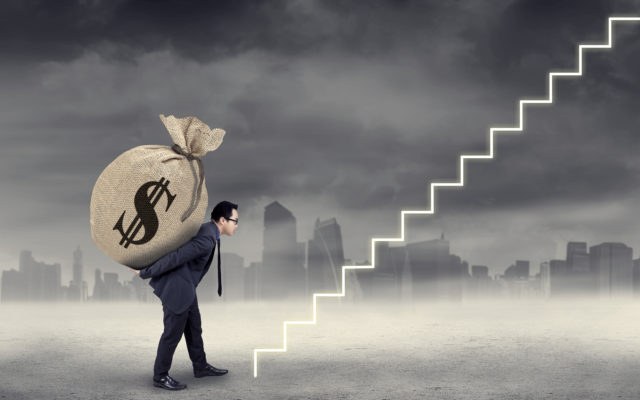 Stock-to-Flow (S2F) proponent, PlanB, has been extending his analysis into Bitcoin difficulty adjustments. Predicting an estimated +4% adjustment due next week, following a large drop in difficulty last week, he suggests there is only one way for BTC price to go next.

Adjustments occur around every two weeks to ensure that blocks are mined every 10 minutes as desired. PlanB estimated that the next one would be on 21 Nov, and would be a 4% increase. This would create the desired pattern of a red dot following last weeks blue dot.

After being asked why there was a capitulation (blue dot) during the last bubble in late 2017, PlanB suggested that this) along with certain other occurrences, was not capitulation at all. Rather it was a blip in a bull market following huge hash-rate jumps, likely caused by old equipment being switched off after being replaced.

He then revised his chart, analysing 9 years worth of Bitcoin history, and coming up with a three phase pattern to the red dots following blue.

So it looks like our yellow arrow next week should signal the start of a significant bullish period.

Flaw in the Bitcoin Plan

Don’t get excited just yet, because there is just the tiniest flaw in this theory. Since PlanB’s first tweet, the expected difficulty adjustment has changed. Whilst it may have been +4% at the time, it has since fallen to around -0.8%.

This of course, will not give us a nice red dot to follow our blue, so doesn’t correspond to the pattern identified. Should the next difficulty adjustment provide another blue dot, then we can wait another 2 weeks and cross out fingers again.

Do you think Bitcoin will rally next week? Add your thoughts below!

The post Bitcoin Bull Run Due Next Week According To Difficulty Adjustment appeared first on Bitcoinist.com.

Top 10: Find Out If It’s Legal to Trade Cryptocurrencies in Your Country

The legality of cryptos varies depending on the legislation of each country. To find out if it’s legal to trade...