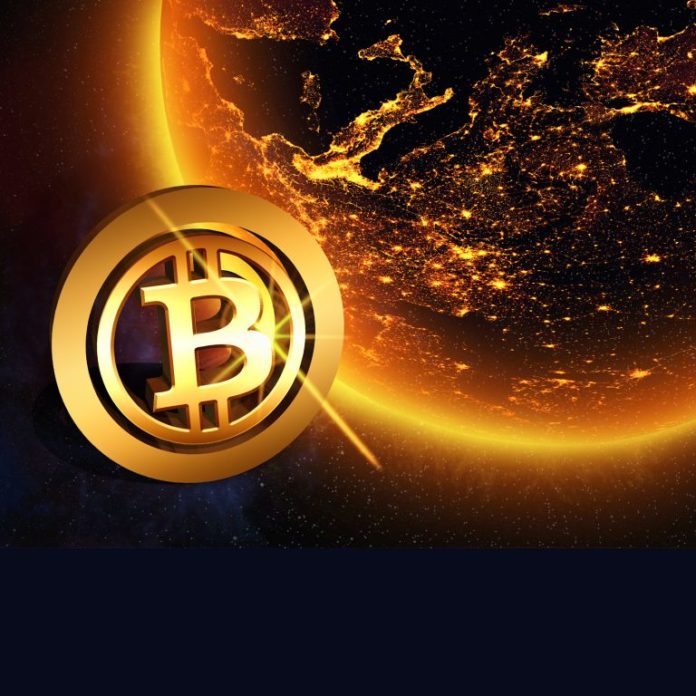 For well over a year now the Bitcoin Cash (BCH) protocol has shown quite a bit of capability as far as on-chain scaling is concerned. The creator of Bitcoin knew that the technology had to expand in scale quite vastly in order to accept the magnitude of global commerce and businesses on the blockchain. In the early days, Satoshi told people that the technology would follow alongside Moore’s Law with high-performance computing, and the past year has shown the BCH chain can scale to fulfill the needs of the global economy.

Also read: Sales Tax and Bitcoin in the United States Can Be Confusing

Even Before Satoshi Nakamoto Launched the Bitcoin Network, the Creator Knew Blockchain Technology Could Scale For a while now there’s been a lot of confusion and purposeful manipulation spread by people who have said that Satoshi Nakamoto’s creation cannot scale. Since August 1, 2017, the Bitcoin Cash chain has consistently performed despite all the naysayers. In fact, like the rise in merchant adoption, the Bitcoin Cash protocol itself has recorded many scaling milestones this year. The size of the blockchain and block propagation speed has always been some of the excuses people like to use when they object to on-chain scaling. However, on November 2, 2008, Satoshi wrote about the growth of the chain and believed the technology would not only rely heavily on the Simplified Payment Verification model, but also follow right alongside Moore’s Law.

That many transactions would take 100GB of bandwidth, or the size of 12 DVD or 2 HD quality movies, or about $18 worth of bandwidth at current prices. If the network were to get that big, it would take several years, and by then, sending 2 HD movies over the Internet would probably not seem like a big deal.

Take Notice: Society Now Has 7nm Semiconductors, New Phones That Can Process 5 Trillion Operations a Second, and 14TB Storage Drives for Only a Few Hundred Dollars

Gordon Moore the founder of Intel had a very good observation back in 1975 that has been fairly accurate when it comes to society’s technological advancements. Gordon’s original prediction started in 1965 when he said the number of transistors added to an integrated circuit would double every twelve months. But in 1975 he changed his forecast to the component cost of a semiconductor doubling every two years. Moore’s Law has been very accurate and many businesses and individuals base the speed and growth of computational scaling using his observation. Moreover, Moore’s law shows a fairly accurate assessment of not only how our technology is blooming but also how the BCH protocol itself can expand global scaling and maintain protocol affordability. However, blockchain storage has been used a primary excuse to stall scaling in the past even though semiconductor technology is improving vastly, central processing units and ram continues to grow more affordable, and storage space has been following the same path. One could even attribute the mining of cryptocurrencies towards the improvement of semiconductors. Moore’s law is still alive and well and it may be a hair behind the observation’s timeline of increased performance every two years, but it is still growing at an exponential rate.

We can see this proof with 10nm and 7nm chips that are making their way into our computational lives. 45 years ago Intel’s first microprocessor could only process 90,000 operations per second, but now the latest A12 Bionic 7nm chip for the new iPhones can process 5 trillion operations per second. Small mobile devices we keep in our pockets show how fast technology is growing while laptops, and other types of computers are no different. This means there is absolutely no reason to slow down scaling efforts, because of Moore’s Law and its theoretical limitations. That’s like saying we should toss in the towel in because future quantum computers could ‘maybe’ crack Bitcoin’s elliptic curve cryptography.

Another fallacy individuals like to use is block propagation delay or latency issues. This is the amount of time it takes for computer networks like the Bitcoin protocol to propagate blocks. However, latency is a really easy fix for any computer network by making adjustments to both the software and hardware specifications. The argument may apply to non-mining nodes using 56K modems, but with concepts like Fiber optical cables latency is really a non-issue.

Miners the ones who truly depend on speed, and propagation time will scale linearly with the world’s fastest connections. Further ideas like bloom filters and Graphene are just a few examples of how scaling past latency can be dealt with easily going forward.

To add to this excuse, another horrible reason people fight against on-chain scaling is because of so-called ‘uncontrollable’ UTXO set size growth. Individuals think the data from the unspent output (UTXOs) from bitcoin transactions could cause the UTXO set size to grow exponentially too large. However, BCH proponents are not worried about UTXO bloat as the UTXO set could easily be sharded, and right now the Bitcoin Cash protocol is consolidating unspent outputs in a more efficient fashion than the BTC network. This can be seen by quickly observing the UTXO set for BTC in comparison to the BCH set. Fortunately for BCH developers, there are more efficient methods of UTXO selection and there are plenty of concepts to test and determine which process works best.

The Bitcoin Cash Chain Is Proving on-Chain Scaling Can Work, While Other Blockchains Depend Heavily on the Concept of a New Network That Could Be Riddled With Security Vulnerabilities and Centralization

All of the theoretical limitations of blockchain scaling can be solved, and some of us know — Things do not get solved by doing nothing. Both Moore’s Law and Nielsen’s Law of internet bandwidth are still growing and there’s no need to think it’s going to stop any time soon. Low-latency fiber-optical cables and other ideas are improving global bandwidth speeds drastically. Semiconductors are faster than ever before and terabytes of hard drive space are super affordable compared to ten years ago. The Bitcoin Cash chain has also proven that hard forks are safe and the block size can be increased easily. The community can now see in real-time and on mainnet when miners process big blocks what needs to be done to fix mempool bottleneck and other software issues.

With the data provided by Moore’s observation, Nielsen’s Law, new improvements in network latency, our perspective of current software and hardware limits, and the recent large blocks mined, shows the Bitcoin Cash community that the protocol can scale easily. We know Satoshi Nakamoto’s technology works, and it’s not very intelligent nor conservative to push people towards a second layer that’s not even close to being as secure as the original proof-of-work model.

For close to a decade now we know that Nakamoto consensus is very secure. Bitcoin Cash proponents plan to keep the security layer pure and scale the protocol so it can sustain the global economy. Processing 2.2M transactions in one day at a rate of 26 transactions per second within multiple large blocks (23MB block) mined shows true performance. While at the same time the network has managed to keep BCH network’s transaction fees around $0.001 per transaction. The past 13 months of Bitcoin Cash upgrades and stress tests are merely the baby steps towards massive on-chain scaling.

Disclaimer: The views and opinions expressed in this article are those of the authors and do not necessarily reflect the official policy or position of Bitcoin.com. The web portal and firm Bitcoin.com is not responsible for or liable for any content, accuracy or quality within the Op-ed article. Readers should do their own due diligence before taking any actions related to the content. Bitcoin.com is not responsible, directly or indirectly, for any damage or loss caused or alleged to be caused by or in connection with the use of or reliance on any information in this Op-ed article.