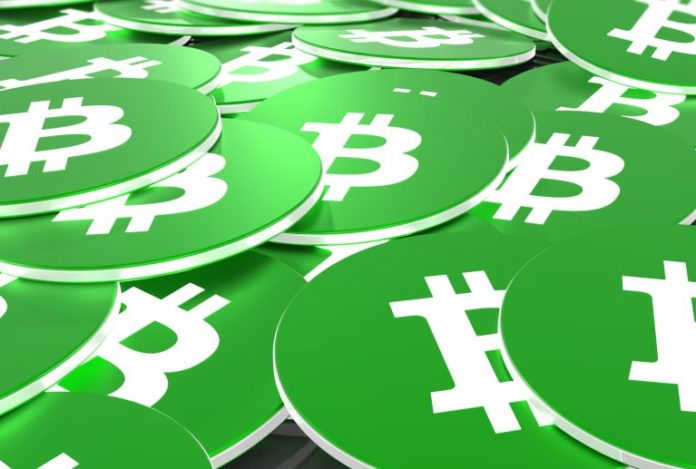 Just recently the web portal Bitcoinbch.com reported that the number of bitcoin cash (BCH) Australian retail transactions throughout the month of September outshined every other digital currency by a wide margin. After the study, the researchers analyzed transactions for the month of October and once again BCH overshadowed the competitors when it comes to retail spending.

Bitcoin Cash supporters take pride in merchant adoption and the great utility behind a peer-to-peer electronic cash system. Throughout the world, there are a number of countries that have seen widespread BCH adoption like Japan and Slovenia. Another country that sees a significant amount of BCH usage is Australia, and a good number of merchants stem from the North Queensland region. Across the entire country there’s a total of 197 BCH accepting merchants in Australia according to map.Bitcoin.com’s merchant page. Bitcoinbch.com’s last report, covering the month of September, had shown that BCH accounted for more than 92% of the total amount of cryptocurrency expenditure in the country between two payment processors Travelbybit (TBB) and Hula (Hockings Underwriting Logistics App). The numbers have been tallied again, but this time covering the month of October and BCH outpaced the competition by a landslide. “Bitcoin Cash (BCH) is by far the most useful cryptocurrency with Australian retailers — Bitcoin Cash [has trounced] all other cryptocurrencies combined with a staggering $19,450 (90.74%) of the total October cryptocurrency retail spend,” the study explains. “The data indicates a collapse in retail sales for most of the minor coins: LN shrank from $1,224 in September to $941 in October, BNB shrank from $913 to $457 and BTC from $744 to just $251.” Further, the number of BCH retail transactions in October combined was roughly 264 transactions or about 75% in Australia. Lightning Network (LN) saw about 50 transactions (14.2%) combined with BTC’s 16 onchain transactions making a total of 18.8%. The Travelbybit point-of-sale (PoS) processor also saw a decline in market share as well, dropping from September’s $3,737 to only $2,041 in October. “[The underwriting firm] Hula is in effect amplifying BCH circulation by reducing the time it takes to put coins back into the community,” the report details. “In contrast, the Travelbybit PoS has the double disadvantage of both instantly extracting supported coins from the community and lowering the density of adoption with their policy of hosting multiple coins.” The report adds:

Australian retail data is indicating that, in order to compete with the Bitcoin Cash (BCH) juggernaut, other cryptocurrencies are best to go it alone – they are advised to win over merchants directly to their coin and avoid multi-coin PoS systems altogether.

The study concludes that retail cryptocurrency usage in Australia is primarily bitcoin cash transactions and utility is bolstered when the system is focused on a single cryptocurrency. The effects are amplified with circulation and regions like Bitcoin Cash City showcase how network effects spread. The researchers further stress that BCH is “firmly entrenched in Australia and will be virtually impossible to dislodge.” The name of the game is for BCH to ultimately disrupt the market share of fiat systems and foster billions of users in the future. “Upcoming improvements targeting compliance, along with major projects, will likely allow further BCH penetration into the Australian economy,” the end of the Bitcoinbch.com report underscored.

New Hire to Head Digital Currency Research at the US Fed

The United States Federal Reserve is looking to employ a Manager, Retail Payments, part of whose responsibilities will be to...