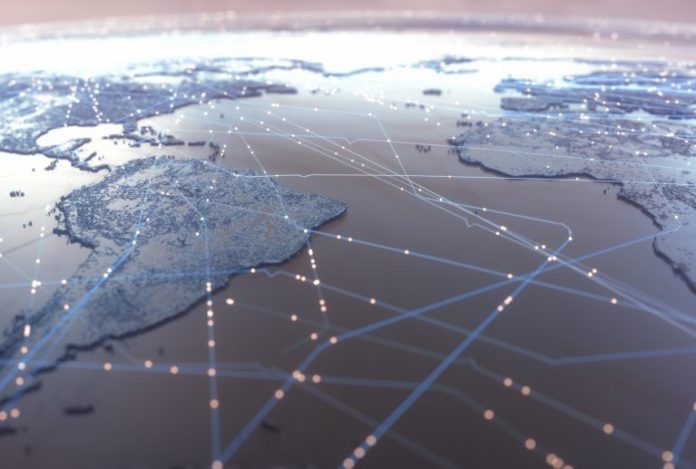 Last year news.Bitcoin.com spoke with the cofounder of Bitkan, Fang Yu, about the company’s K-Site project, which acts as a decentralized media outlet, micro-blog and forum with rewards. Just recently, Bitkan spoke with news.Bitcoin.com about K-Site’s growth and how the platform’s BCH community raised funds for the Bitcoin Cash Development Fund. Bitkan highlighted that the BCH community is one of the most active on the K-Site platform. Bitkan believes open source development is very important and that companies and individuals within the community should support development of innovative blockchain and cryptocurrency solutions.

Bitkan.com is a well-known company based in Asia that has millions of users utilizing its one-stop services like smart trading, which aggregates the liquidity of main exchanges, market, news, K-Site community, and wallet. K-Site offers videos, articles, a micro-blog, forums and more while rewarding users with its native token KAN, and other digital assets like BCH.

The micro-communities are designed so crypto users can focus on the ecosystem’s actual business instead of a community built on artificial demand. This week Bitkan spoke with news.Bitcoin.com and provided an update on its smart trading function and how the Bitcoin Cash community used the K-Site to donate to the Bitcoin Cash Development Fund.

News.Bitcoin.com (BC): Bitkan recently donated to the Bitcoin Cash Development Fund. Can you tell the community why Bitkan decided to back BCH development?

Bitkan (BK): This donation for BCH is not Bitkan’s official act, but an activity initiated by the BCH community within the K-Site community. K-Site is one of the most active communities, especially in China. Compared with other monotonous communities, K-Site is more comprehensive and dynamic and always remains neutral. The donation sponsored by BCH community officials attracted many users who are interested in supporting Bitcoin Cash and providing more capital support for the BCH ecosystem in general.

BC: How can funding blockchain development help bolster the BCH ecosystem?

BC: Do you think it’s important that corporations and community members support BCH development?

They are both important. Aside from good technical support, the support from backup communities for a project is also important, because communities can have different views. What’s more, in a peer-to-peer network, each node is characterized by a high degree of autonomy. The nodes can freely connect with each other to form a new connection union and the effect between nodes can build a nonlinear causal relationship through the network.

This open, flat and equal organizational structure allows each community member to become a small but independent contributor to participate in the development of the blockchain project.

BC: How is funding developers useful to businesses providing BCH infrastructure and tools?

BC: Bitkan’s cofounder Fang Yu explained at the 2018 Satoshi’s Vision Conference in Japan that the company would use BCH as an option for K-Site’s payments. Does this still hold true today? BC: Can you tell us how the K-site is doing?

There are more than 100,000 active users in K-Site every day. K-Site has attracted numerous KOLs to express their opinions in communities, and its exclusive reward system and dividend distribution principle can help to find quality content for users.

The BCH community is also one of the most active.

BC: How can the Chinese community benefit from a permissionless electronic cash system?

Because BCH features no congestion, low fees, and other ease-of-use functions, it is continuously attracting more users. Likewise, users from the Chinese community also benefit from it.

BC: From Bitkan’s perspective, how does the Chinese community currently feel about Bitcoin Cash?

The Chinese community is an open and inclusive community and so is the K-Site. At Bitkan, there is a very active Chinese community of BCH supporters. Bitkan always supports different opinions expressed throughout the K-Site community. For the community, BCH applies the macroblock and Schnorr digital signature scheme, making the development concept of community progressive and closer to reality.

BC: Can you tell us about the recent improvements to the Bitkan app and wallet?

In May 2019, Bitkan launched another important trading function called “Bitkan Smart Trade.” Different from other exchange platforms, Bitkan Smart Trade aggregates the liquidity of major exchanges including Binance, Huobi Global and Okex. The aggregation system can automatically place orders with better prices among multiple exchanges and also to make trading faster for users.

BitKan changes the world by providing Smart Trade technology to provide users with the fastest trades at the best price.#BitKan#HuobiPrime #Blockchainchangesworld@Livio_huobi @HuobiGlobal

Founded in November 2012, Bitkan can be regarded as the first application to support a BCH wallet and a BCH over-the-counter (OTC) function. Bitkan has been a stable, security-centric operation with six years of experience with millions of global users. Bitkan has provided one-stop crypto asset investment services including market quotation, global information, content community wallet service and smart trading exchange for more than 5,000,000 users in around 170 countries by supporting roughly 90% of the existing cryptocurrencies in the world.

BC: What’s the most important feature Bitkan thinks is necessary for the mass adoption of bitcoin cash?

There are three features. First of all, BCH was created because of BTC’s fork. Compared to other cryptocurrencies, BCH owners are more decentralized, which avoids the problem of over-centralization. Secondly, BCH is the large capacity version of BTC, so it can be transferred faster with lower transaction fees. Last but not least, there is the payment function. BCH has also been developed with the function of smart contracts and more applications with strong scalability.

What do you think about the K-Site Bitcoin Cash community donating funds to the Bitcoin Cash Development Fund? Let us know your thoughts on this subject in the comments section below.

It’s been over five months since the pre-registration for the first leg of ICONSENSUS began. The number of applicants continues...