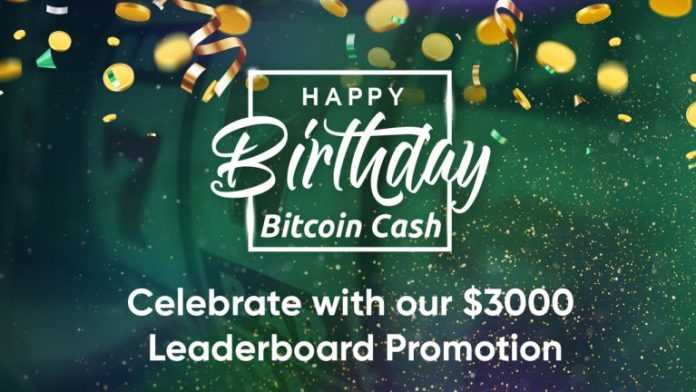 To celebrate the third anniversary of Bitcoin Cash, the world-class gaming platform Bitcoin Cash Games is launching a leaderboard tournament worth $3k.

On August 1, the Bitcoin Cash community will be celebrating the network’s third anniversary and the project has come a long way since 2017. Bitcoin cash (BCH) has garnered widespread attention, it’s the fifth-largest market by valuation, and developers have completed a number of beneficial upgrades over the last few years. BCH has solidified itself as the go-to cryptocurrency for a reliable peer-to-peer electronic cash system.

At Bitcoin Cash Games we want to celebrate the third BCH anniversary so our gaming casino is launching a leaderboard with a total of $3,000 for you to win. Anyone can participate in this special promotion by playing any of these exclusive games available on the casino: Exclusive Slots, Keno and Roulette.

Then the top 15 players will get a bonus reward at the end of the Bitcoin Cash Games promotion. The more a player bets, the higher their ranking will be on the leaderboard. Moreover, we launched a social campaign where you can claim a $10 bonus through the casino’s official Twitter.

Bitcoin Cash Games brings yet another opportunity for players to engage in online entertainment and win big jackpots using BCH as its primary currency. Our gaming portal has always hosted a broad array of provably fair gaming for cryptocurrency enthusiasts who like to play for high stakes recreation.

It is an online gaming platform where players can engage in all their favorite casino games without worrying about KYC or upper limits on deposits. Furthermore, BCH withdrawals are always done in a safe and secure digital environment. We think that you will find our platform is the ultimate destination for classic casino gaming — with a BCH twist.

What do you think about Bitcoin Cash Games launching a $3,000 leaderboard tournament to celebrate the third Bitcoin Cash anniversary? Let us know in the comments section below. 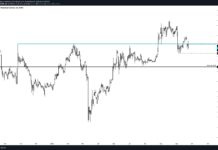 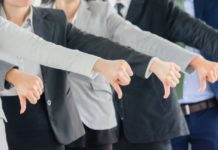 Analyst: Bitcoin is Likely to Slowly Bleed Towards $8,550 Before Rebounding