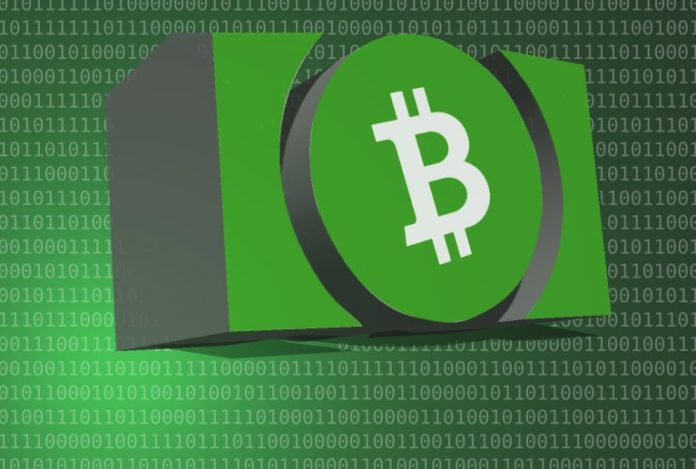 In less than two weeks, BCH fans around the world will be celebrating the anniversary of the blockchain split that occurred on August 1, 2017. Since then there’s been a lot of Bitcoin Cash development and a total of four BCH upgrades. In the following report, news.Bitcoin.com summarizes a list of completed BCH developments that reveal how much has been accomplished in two years. All of the completed BCH features can be seen on the analytics website Coin Dance, alongside other developments in the works. BCH developers also have plans to upgrade the chain this November and the specifications in regard to the consensus rule changes are being reviewed before the feature freeze on August 15, 2019.

Back in the early days of Bitcoin, Satoshi Nakamoto added operation codes to the protocol that could push data or perform certain functions via the Bitcoin Script language. Not long after, the opcodes were disabled after developers found a bug in a specific opcode called OP_LShift. In May 2018, Bitcoin Cash developers re-enabled the Satoshi operation codes (opcodes) that can allow for a variety of decision-based transactions, compilers, and other functions depending on the opcode used.

The opcode OP_Checkdatasig is a Script operation that checks the validity of a signature using a message and public key. Essentially the operation calculates the hash within a transaction in order to validate signatures in an automated way. OP_Checkdatasig allows for data to be imported that can be validated through the use of an oracle. The opcode has facilitated some very cool concepts like a noncustodial escrow system, an onchain SLP token auction console, a BCH recurring payment system, an endowment platform, and an onchain game of chess.

The Bitcoin Cash chain implemented a 32MB block size increase in May 2018. The BCH block size is a lot larger than BTC’s 1MB limit and 4X larger than the 8MB size BCH started out with two years ago. 32MB blocks are not processed yet, but large blocks were tested on the BCH mainnet in September 2018 during the stress tests. During the first week of that month, BCH miners processed a few 15MB blocks and the largest was 23MB that week. However, prior to the blockchain split which created Bitcoin SV the mining pool, BMG processed multiple 32MB blocks on November 10, 2018.

On July 25, 2018, the Bitcoin Unlimited (BU) development team announced merging Graphene version 1 into the BU client. Graphene is a block propagation concept that aims to be 10X more efficient than compact blocks. The code merge provides the first functional implementation of graphene blocks according to BU’s George Bissias who also stated that the “code will also require further optimization.” In the past, developers have mentioned that Graphene blocks could be optimized with a different transaction ordering process like canonical ordering.

Prior to the implementation of Canonical Transaction Ordering or CTOR, consensus rules processed transactions in a list form and the list was topologically sorted. After the November 15, 2018 upgrade, the BCH chain can now work with blocks as a set, as opposed to a list ordering, and the process is done in a canonical fashion. As mentioned above, according to some, Graphene can leverage CTOR when it comes to concepts like Graphene compression rates. By itself, developers believe CTOR is important for the future of BCH scaling in order to alleviate computational load and allow for giant-sized blocks.

At block 582680, the BCH chain upgraded by adding Schnorr signatures, a signature scheme invented by Claus Schnorr. The recent Schnorr addition acts as the foundation for a variety of different techniques that can improve scaling and privacy. The day before Schnorr was implemented on BCH, independent developer Mark Lundeberg told news.Bitcoin.com that the Schnorr foundations could remove 4% of the current transaction storage. Lundeberg also detailed that in the future after further Schnorr upgrades, the scheme could provide for public signature aggregation and more complex sign-to-contract concepts.

A Number of Accomplishments Worth Celebrating

This is just the tip of the mountain when it comes to BCH platform and protocol development. Other notable developments include Cash-ID, an open protocol that allows secure authentication; Hash-DB, a database written by Flowee specifically for the Bitcoin Cash UTXO set; Cashshuffle, a stable mixing application release that helps preserve an individual’s transaction privacy when using the BCH network; Neutrino, a lightweight SPV wallet that uses BCHD and allows client-side filtering. Cashshuffle participants have already shuffled more than 100,000 BCH since March 27. Then there’s the Simple Ledger Protocol (SLP) which has boosted the concept of tokenization solutions using the BCH chain. SLP infrastructure is growing as various wallets like Crescent Cash, Badger, Ifwallet, and the social media platform Memo.cash all support SLP tokens. Moreover, developers have produced other features like X-Versionmessage, Cash Accounts, Cleanstack and the Segwit recovery option alongside other protocol developments.

Bitcoin Cash developers are also working on features for the upcoming November 2019 BCH upgrade. The draft specification summary for the next set of implementations include various protocol enhancements like enabling Schnorr signatures for OP_Checkmultisig(Verify), a minimal push and minimal number encoding rules in Script, enabling NULLDUMMY and the rule that limits signature operations in Script will be changed.

On July 11, during the 12th Bitcoin Cash Development video meeting, programmers explained that people can review the code and consensus ruleset changes before developers enact the feature freeze on August 15, 2019. There are also other developments under discussion like Avalanche, Merklix Trees, Blocktorrent, and projects still being worked on like Cashscript, Cashfusion, Spedn, and Xthinner.

Additionally, in May, a group of BCH supporting businesses and individuals initiated a fundraiser to help bolster the future of open source Bitcoin Cash development. BCH proponents can visit the Bitcoin.com/fundraise page to donate to BCH projects like Bitcoin ABC, Unlimited, BCHD, Bcash, Verde, Flowee, and Bitprim.

The fundraiser aims to raise 1,600 BCH by August 1 and there are still 12 days left to go. At that time, Bitcoin Cash fans will be celebrating the large number of accomplishments the protocol has achieved in the last two years. BCH supporters will surely be tipping their hats to platform and protocol developers who have contributed an enormous amount of time, energy, and innovative concepts to the BCH chain.

7 Unorthodox Ways to Mine Bitcoin

Bitcoin isn’t crazy – in fact it might just be the soundest monetary system this generation has ever known. Some...