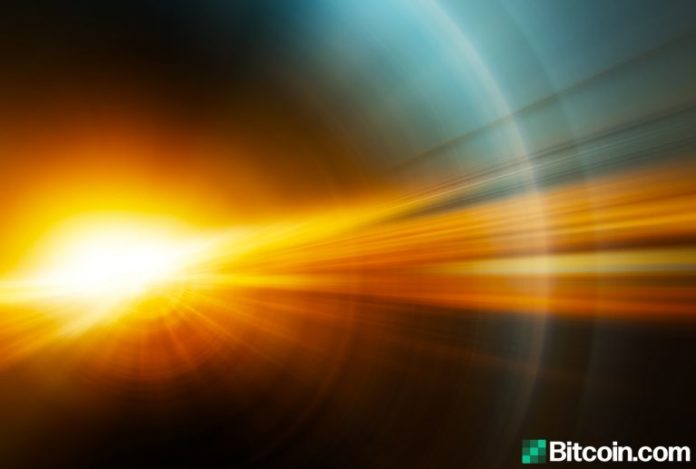 The BCH-centric web portal Bitcoinbch.com published on September 13 an in-depth report that shows the aggregate of cryptocurrency expenditure for Australian retail businesses. According to the 10-page document, BCH transactions in the country exceed BTC transactions by a wide margin and BCH is the top digital currency in Australia.

In Australia, Bitcoin Cash Is Soundly #1

This week the website Bitcoinbch.com revealed a report that covers cryptocurrency usage in Australia in regard to Australian merchants that support digital currencies for products and services. The research combs through the various payment processors and point-of-sale systems located throughout the country. Sources used in the analysis stem from the underwriting firms Travelbybit (TBB) and Hula (Hockings Underwriting Logistics App).

The multi-coin payment processor TBB started operations in 2017 and has around 195 merchants to-date. Hula was launched two months ago and the company has roughly 17 retailers utilizing the underwriting system. “This report captures and analyses the majority of all merchant cryptocurrency payments in Australia for the month of September 2019 by harvesting data from both the underwriting systems,” explains the report’s author and Bitcoinbch.com CEO Hayden Otto.

“Cryptocurrency adoption in Australia has taken some interesting turns — Today there is an obvious shift toward a mono-cryptocurrency adoption policy, where merchants have chosen to accept Bitcoin Cash (BCH) only rather than point-of-sale systems supporting a basket of different cryptos,” the report highlights. Otto’s study continues:

Further, a large percentage of these merchants have chosen to accept Bitcoin Cash (BCH) in a purely peer-to-peer fashion rather than by way of payment processors. The study of cryptocurrency retail sales in Australia for September 2019 notes that approximately $39,405 were spent across 625 separate transactions. “The vast majority of economic activity occurred on the Bitcoin Cash (BCH) blockchain,” the report mentions. Bitcoinbch.com’s summary says the combination of datasets between TBB and Hula clearly shows that “BCH is by far the preferred choice for Australian users of electronic cash.” BCH sales dominated by 92.45% while Lightning Network had 3.1% and traditional onchain BTC transactions turned out to be 1.9%. Cryptocurrencies like LTC, BSV, and ETH are barely seen on the scope of data with 0.01% to 0.19% of retail sales. Bitcoinbch.com’s analysis also points out that TBB has only enabled BCH as a minority on the company’s PoS system. Despite the policy, BCH still captures “the 3rd most spent and 2nd most transacted among their supported cryptocurrencies.” Otto recommends that TBB change its policy to be more accepting of BCH from a business perspective. Additionally, when observing the transactions processed by each service, Hula commands 76% of the $39K spent while TBB is only processing 24%. “The data confirms that Bitcoin Cash (BCH) is fulfilling the original promise of Bitcoin as “Peer-to-Peer Electronic Cash” of a fast, reliable, secure, and efficient currency,” the report emphasizes. Bitcoinbch.com’s research further stresses:

The study concerning cryptocurrency expenditure for retail businesses shows that at least in Australia BCH has surpassed BTC in the retail space by a longshot. The 10-page report underscores that BCH outspent BTC by 48.93 to one and had 20x the transaction count. Otto concedes by saying that the BTC experiment seems to have run its course or at the very least has a lot to accomplish to even catch up to the number of BCH transactions spent. “Bitcoin Cash is soundly number one,” the report concludes.

Onecoin and the Missing Cryptoqueen

In the meantime, the field of crypto currencies has been described as a playground for scammers and rip-offs. The biggest...