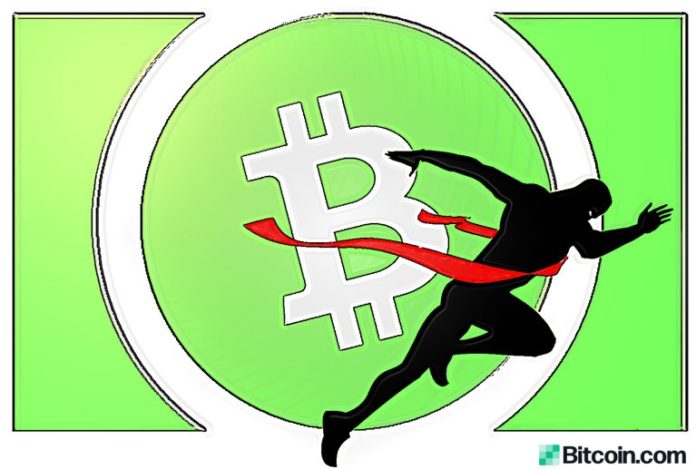 The second quarter of 2019 is coming to an end and the Bitcoin Cash (BCH) network and markets have had an extraordinary year so far. BCH prices touched a high of $522 per coin on Sunday and at the current price of $470 per coin on June 24 BCH is up by a whopping 213%. Moreover, the network and infrastructure have grown stronger since the November 2018 split and the Bitcoin Cash network looks poised to jump to the next level.

Over the last six months, Bitcoin Cash proponents have been relentlessly pushing for global adoption and mass acceptance while BCH developers have been strengthening infrastructure. At press time the BCH market has gained more than 213% this year and things don’t seem to be letting up any time soon. At $470 per coin, BCH has an overall market valuation of around $8.4 billion and $2 billion in global trade volumes. This is a massive increase from 2018’s bear market blues that dipped much further after the November 2018 BCH chain split.

Today the top exchanges swapping the most BCH include trading platforms like Hitbtc, Binance, Digifinex, Bitstamp, Coinbase, and Bitforex. BCH is heavily traded with tether (USDT) which captures 46% of the trading pairs against bitcoin cash on June 24. USDT has been a dominant pair against BCH all year long which isn’t much different than the rest of the cryptoconomy. Other pairs that have seen strong increases this year against BCH includes BTC, USD, KRW, ETH, JPY, and EUR.

It’s difficult to differentiate the on-off ratio stemming from the many cryptocurrencies traded on exchanges but a few different data sites put bitcoin cash ahead of the pack when it comes to usage. Today bitcoin cash is the third highest onchain transaction volume behind BTC and ETH. Bitcoin Cash network data from Coindesk’s crypto-economic explorer shows that direct network contributions like usage metrics such as onchain transactions are significant on the BCH network compared to other chains.

In contrast to onchain transactions picking up, the BCH network’s Unspent Transaction Outputs (UTXO) set is growing as well. Some people believe that there’s a link between the UTXO set and the growing BCH market valuation. It could be said that the UTXO set growth follows adoption and currently the UTXO set size has spiked considerably since September 2018. In addition to this, the BCH hashrate has been climbing as well and has jumped 66.6% since the first of the year.

The overall hashrate had seen a decline after the November 2018 blockchain split but over the last six months, BCH miners have increased processing power from 1.3-1.5 exahash per second (EH/s) to this month’s 2.3-2.6 EH/s. Currently, there are 12 known BCH mining pools with various hashrate. Unknown miners captured 19% of the global BCH hashrate over the last seven days. Hashrate distribution by pool has increased significantly since January 1, the top BCH pools including Btc.com, Btc.top, Viabtc, Poolin, Antpool, and Bitcoin.com.

Development has been remarkable as well following the upgrade in November 2018 after the chain added canonical transaction ordering (CTOR), push-only for scriptsig, and the addition of the opcode OP_Checkdatasig. Throughout the course of 2019, BCH programmers prepared the network for another upgrade which took place on May 15. As of block 582680, the BCH chain implemented two new features successfully by adding Schnorr signatures and the Segwit recovery exemption. BCH developers aim to establish bitcoin cash as “sound money that is usable by everyone in the world.” Bitcoincash.org explains the BCH protocol roadmap which emphasizes that the future technical improvements can be divided into three categories:

Developers have already been discussing a drafted proposal of specifications for the next upgrade. A few feature items proposed include enabling Schnorr signatures for OP_Checkmultisig (VERIFY), enforce minimal pushdata, enforce NULLDUMMY, and changing the rule limiting signature operations in script. In addition to all the development, a bunch of businesses and individuals have initiated a Bitcoin Cash Development Fund to support open source programming. The development fund’s goal is to raise 1600 BCH by August 1 and so far the fundraiser has been very successful.

Beyond core protocol development, there’s been a lot of infrastructure extension applications and platforms growing the BCH network’s ecosystem as well. A big improvement seen over the last six months was the official release of Cashshuffle added by default to the popular Electron Cash wallet. BCH users have shuffled millions of dollars worth of BCH since March 27 by participating in 13,744 shuffles to-date. Approximately 74,357 BCH has been shuffled so far which is $34.9 million worth of BCH at current market prices.

Another protocol that’s received a lot of attention in 2019 is the Simple Ledger Protocol (SLP) which has allowed people to create various tokens on top of the BCH chain. SLP tokens are now being sold on exchanges, there’s a stablecoin now, and the sovereign micro-nation Liberland uses SLP tokens as well. All types of tokens have been created this year and there are multiple wallets that hold them alongside an SLP transaction explorer as well.

In addition to this, 2019 has seen BCH participants using apps like Badger Wallet, Ifwallet, Cresent Cash, Lazyfox, Cinema.cash, and the BCHD Neutrino wallet. There’s much more too with projects like Eatbch, Cash Accounts, Chaintip, Gitcash, cashaddress.org and many other BCH-based concepts in the works. Moreover, the BCH community’s social media applications Memo.cash and Honestcash continue to see improvements and people are using these platforms regularly.

The price increase has been nice but it’s been a small metric compared to the network, development, mining, and daily users over the last six months. Moreover, because of this progress, many BCH supporters believe that the price of bitcoin cash is significantly undervalued at the moment. The first two quarters of 2019 have been great and the BCH community continues to move forward by bringing peer-to-peer electronic cash to the world with their passion and innovation.

Want To Make It Big in the Next Bitcoin Rally? Use These 3 Tools

Bitcoin currently dominates the cryptocurrency market. Its price movements often determine the price direction of altcoins. A rally in Bitcoin’s...