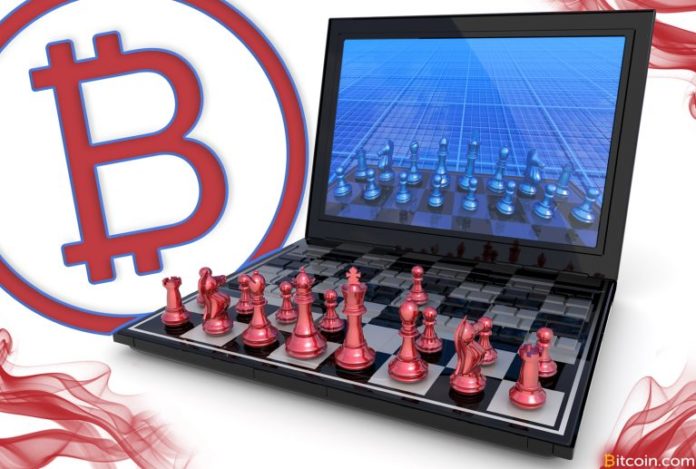 The popular website Chess.com used to accept bitcoin, but like many other well-known merchants it dropped the BTC payment option. Now after some discussion with an avid Bitcoin Cash (BCH) proponent, the website is accepting BCH for payments for its diamond, platinum and gold memberships.

This week BCH supporters were pleased to hear that one of the moderators of the Reddit forum r/btc (Beijing Bitcoins) had convinced the owner of Chess.com to accept bitcoin cash for subscriptions. Chess is an extremely popular game worldwide and the Chess.com URL attracts millions of visitors on a monthly basis. According to Alexa rating statistics, Chess.com has a global rank of 577 at the time of writing and there are over 1 million chess games played every day. Not only does the website allow people to play chess together online but it also has a forum, news articles, strategies, videos, and other chess-related resources. The owner of the website is a believer in cryptocurrencies and at one time the business used to accept bitcoin for membership payments. However, much like many other firms that dropped BTC over the last two years, Chess.com disabled the option.

After a bit of convincing, Chess.com’s owner has now decided to accept bitcoin cash (BCH) and BTC using Bitpay, the moderator of r/btc announced. BCH supporters were thrilled to hear that a popular website like Chess.com was willing to add crypto payments once again. After the post was published to Reddit, the next day Erik Allebest, the CEO of Chess.com, noticed about 100 emails in his inbox. It seems his company has to submit KYC verification in order to accept Chess.com membership payments. Nevertheless, Allebest created the payment links and he hopes to have things up and running by next week.

“I’m very sorry that so many of you tried to pay and support us and could not and I will update you when we get it resolved,” Allebest explained.

Because of the positive news from Chess.com, following the announcement a few BCH supporters said they planned to attempt to get companies like Steam onboard with crypto again. During the last two years, a slew of well-known companies like Dell, Steam, and Expedia have all stopped accepting BTC for payments. Last August, Chainalysis reported that BTC merchant use dropped by 85 percent. A recent analysis published by Longhash.com on Feb. 25 also noted that BTC is processing fewer payments per month than it was in 2016. Chess.com started accepting bitcoin more than four years ago for premium memberships and Allebest is known for operating the website in a forward-thinking fashion. Allebest explained on Feb. 28 that the company had originally disabled bitcoin payments because Coinbase deprecated payment links and “volumes had shrunken a lot after the BTC value correction.” The BCH community is attempting to rekindle the fire for crypto merchant adoption that cryptocurrencies once had and wholeheartedly believe real use cases and merchant acceptance are some of the best ways to spread mass adoption.

The entire cryptocurrency industry is plagued by a major increase in bearish pressure today It seems none of the top...