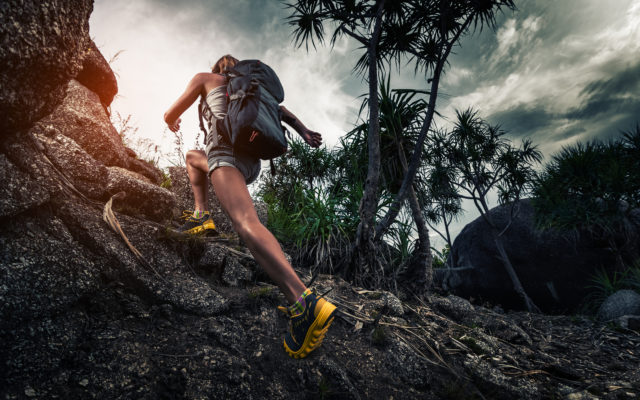 China’s Center for Information and Industry Development once again published a new list of its crypto ranking index, pushing Bitcoin 2 spots higher than its last report.

Bitcoin Back in China’s Top 10

China has just released a new CCID Global Public Blockchain Technology Assessment Index. This is the 15th assessment index that’s been released to date, and will likely be the last one that the country will publish in 2019.

The index has brought a number of changes from the last ranking of cryptocurrency/blockchain projects, although the top one still remains EOS. EOS has been the top-ranking project in the previously published indexes, indicating that China is still highly interested in this particular project despite recent governance concerns.

However, the second spot on the list — which was previously occupied by Justin Sun’s TRON — now belongs to Ethereum. Meanwhile, TRON itself dropped to third place.

According to the CCID’s 15th global public #blockchain technology assessment index, #TRON was ranked top 3 in this list together with #EOS and #ETH. In addition, #TRON also ranked No.1 among all Chinese Public #Blockchain. #TRX $TRX pic.twitter.com/5RYCebpL0u

While its ‘Creativity’ and ‘Basic-Tech’ sub-indexes remained largely the same, its ‘Applicability’ and ‘Total Index’ dropped by around 3 points. Meanwhile, Ethereum’s Total Index increased by around three points, which led to that two projects swapping places.

The situation regarding the top 3 projects is once again the same as it was in the 13th index, although with somewhat different Total Index scores.

Other significant changes between the 14th and the 15th assessments include Lisk moving from 7th to 5th position in the newest ranking, as well as NEO’s rise from 9th to 6th position.

Qtum, on the other hand, dropped from 8th to 14th place, while Bitcoin itself currently ranks slightly better, sitting at 9th position after previously being kicked out from the top 10 list, and ranked as 11th best project. Meanwhile, the last on the list is IOTA, holding the rank of 35. IOTA dropped from the 33rd position from the last ranking, replacing Decred which is still close to the bottom, sitting at 34th spot.

No new coins were added or removed from the index since the previous ranking,

China’s Center for Information and Industry Development (CCID) is a research institution which operates under the Ministry of Industry and Information Technology. One of its functions is to provide businesses, as well as the government, with various professional services, such as research, certification, and alike.

The institution also started providing Global Blockchain Technology Assessment Index reports back in May 2018. The first ranking was published on May 17th, and the country released 14 additional Indexes, including the one published earlier today.

The index ranks cryptocurrency projects based on several sub-indexes, including innovation, applicability, and underlying technology performance.

The original index ranked only 28 cryptocurrency projects, although several additional ones were added along the way. The 15th ranking includes 35 projects in total,

These reports are important, as they indicate which aspects China values when it comes to crypto/blockchain projects. Bitcoinist reported that the country is currently preparing to launch its own national cryptocurrency. A recent report also claims that the country will perform test launching in two of its cities, likely before the end of the year.

Do you agree with China’s new ranking report? Leave a comment down below and let us know.

In this regulatory roundup, we cover the U.S. SEC approving a bitcoin futures fund, the new IRS tax form targeting...