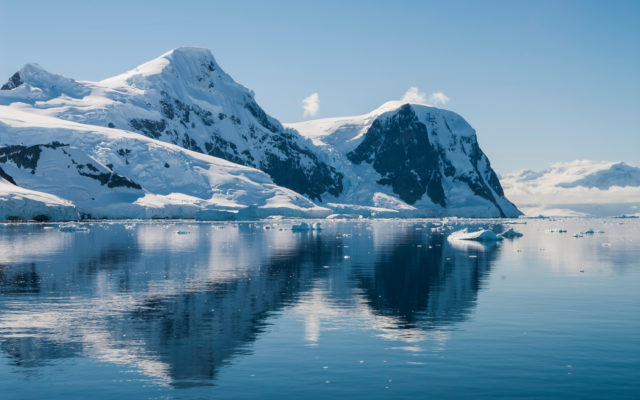 Bitcoin’s open-source code, at least its latest committed version, may be kept in a Svalbard vault, joining other projects in the GitHub Arctic Vault project.

Bitcoin’s protocol, being an open-source project, is eligible to join thousands of other GitHub repositories in deep storage. The encoded repositories will be filed in microfilm with 1,000 year longevity.

The Svalbard code project resembles the Arctic seed vault on the archipelago, where samples of the world’s crop seeds are stored in a dry and cold environment.

Ashlee Vance, author and commenter, testified that even the first reels stored did contain the code for Bitcoin’s protocol.

Did the first reel of code include Bitcoin @natfriedman? https://t.co/FLGGrkqXiQ

GitHub plans to make a snapshot of all active repositories, on February 20, 2020, and store the state of the data on multiple reels written over in silver halides. This technology allows a long storage life. The vault is also a preliminary security step to Project Silica, Microsoft’s storage solution to write data to quartz crystal glass.

The project’s participants did not specifically mention Bitcoin, but it is one of the most prominent open-source projects relying on GitHub. The code for BTC will, of course, join other open-source repositories belonging to competing crypto projects. But this would make Bitcoin even more difficult to censor, with a hard to destroy copy of its code.

The idea to protect the Bitcoin code in vaults is not new, but so far, only wallets and coins for specific users have been protected. Old mines or other vaults have been used for cold storage, for those that put long-term faith in the coins.

The Bitcoin protocol code, however, does not contain the state of transactions, or anyone’s coin balances. Despite the disagreements about the authorship of the initial protocol, the code of whoever was Satoshi Nakamoto is already spending its first Arctic winter in Svalbard.

What do you think about the GitHub code vault? Share your thoughts in the comments section below!

The post Bitcoin Code to be Kept in Arctic Vault Facility appeared first on Bitcoinist.com.

Bitcoin kept bleeding on Friday, extending the gradual losses from the past weeks. BTC broke below $7,000 just around the...