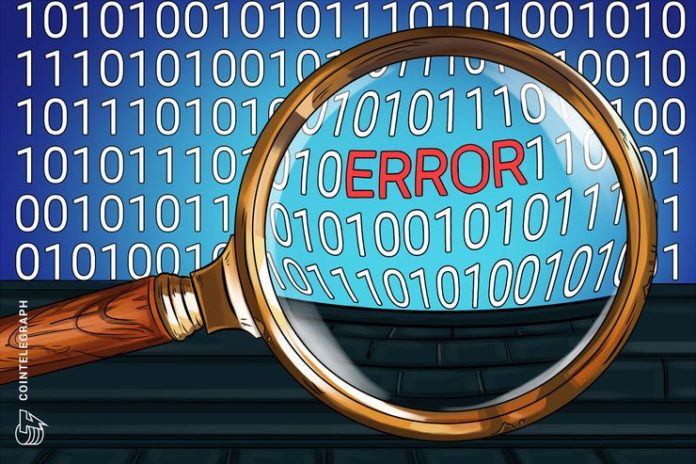 The vulnerability could reportedly cause a crash of older versions of Bitcoin Core if they attempted processing a block transaction that tries to spend the same amount twice. According to the press release, such blocks can be only created by a miner since they are invalid. In order to create such block, a miner would be required to burn a block of “at least” 12.5 Bitcoin (BTC) worth about $80,000 as of at press time.

The new update includes a feature that eliminates a potential crash by enabling the software to “quietly reject” invalid blocks created by miners.

Emin Gün Sirer, an associate professor of computer science at Cornell University, told Motherboard that the entire network could have been crashed for less money than “a lot of entities would pay for a 0-day attack on many systems.” Sirer said that there are many “motivated people” that could have taken this opportunity to bring the network down.

According to Casaba Security co-founder Jason Glassberg, the recent vulnerability found on Bitcoin Core software could “take down the network.” He explained that the network crash “does not appear” to target users’ wallets, but would rather “affect transactions in the sense that they cannot be completed,” as the expert told tech media agency ZD Net.

Cobra Bitcoin, co-owner of Bitcoin.org, said the recent issue in Bitcoin Core was a “very scary bug” that could have affected a “huge chunk of the Bitcoin network.”

A very scary bug in Bitcoin Core has just been fixed which could have crashed a huge chunk of the Bitcoin network if exploited by any rogue miners. https://t.co/fMrgRiDaTP

New York University (NYU) has reportedly become the “first” university in the U.S. to offer students a major in blockchain...