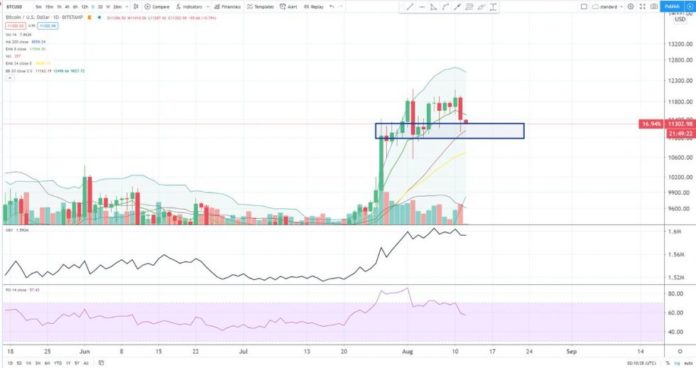 Bitcoin and the aggregated cryptocurrency market is now facing some turbulence as bulls and bears strive for control.

This caused BTC to plunge as low as $11,150 overnight in a sharp selloff that ultimately was followed by a strong rebound.

Although the benchmark digital asset is now consolidating within the mid-$11,000 region, it still appears to be at risk of seeing further downside.

One analyst is noting that a sustained decline could lead it as low as $9,000 in the near-term.

This possibility will only play out if bulls are unable to stop Bitcoin from breaking below $10,800.

Following the sharp selloff seen overnight, this is around where the cryptocurrency has been able to find some stability as its buyers attempt to push it back into the upper-$11,000 region.

It is important to note that this recent price action has done little to offer insight into the cryptocurrency’s macro trend, as it remains caught within a trading range between $11,200 and $12,000.

One analyst noted that the lower-$11,000 region had been laced with massive buying pressure in recent days.

“Bitcoin daily chart – There is plenty of support to test here mid range as the price trades at/above the middle BB. Let the bands catch up and then make another move,” he said.

Here’s the Crucial Support That Bulls Need to Defend

Another analyst noted that $10,800 had become a major support level.

He also claims that the cryptocurrency’s reaction to this level in the near-term could have major implications for where it trends next.

A break below it could lead the cryptocurrency as low as $9,000.

“Bitcoin: Pink is HTF support. I’ll look for longs either on price getting back above black SR or at pink. Lose pink then we trade towards 9000.” 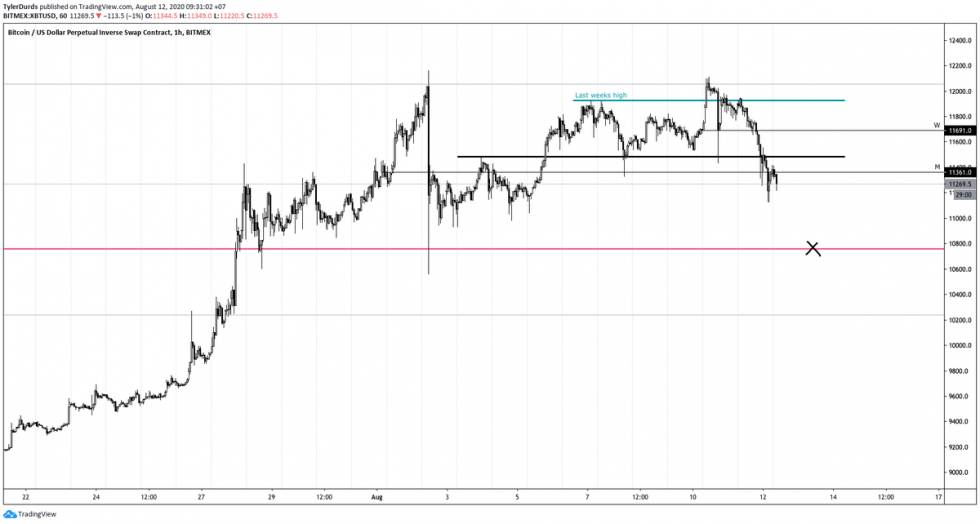 It appears that Bitcoin has now reached a pivotal point. Which direction it trends next could have major implications for its macro outlook.

The prices of bitcoin and gold have reached a monthly average correlation of 70%, an all-time-high, according to data analytics...