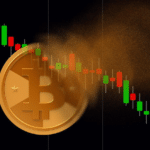 Bitcoin has become widely used in the last several years and its popularity keeps growing. Still, there are some factors that can throw sand into the machine and slow down the fast development of these technologies. Various hackers, computer burglars, and scammers have increased their malicious attempts in the crypto world.

Being both transparent and anonymous, Bitcoin blockchain technology is more vulnerable that it may seem. And the owners of digital and hardware wallets, should know how to protect themselves from various types of spam activity. For example, if you find a small amount of coins in your wallet coming out of nowhere, it should urgently raise your attention. I would like to make you aware of such a phenomenon, Bitcoin dust.

How Tiny Is Dust?

My definition for Bitcoin dust is a very small fraction of Bitcoin, so small that the fee to send it from one wallet to another is bigger. In this case, Bitcoin Coreconsiders a transaction output to be the “dust.” It actually is worth almost nothing, and its holder can’t use it until the reward for mining goes down. Any transaction must be verified and processed, and this takes some time. Miners, who provide such amenities, receive commissions for this.

The reward for each transaction depends on the amount of information it contains. The rates are different, from almost nothing to hardly affordable. The more bytes are included in the transactions, the more satoshis a miner receives, and the transaction fee gets more costly. It’s hard to estimate how much exactly it will be, so, at the end of the day, some dust could be left.

What is the size of dust? I mean, when does the leftovers of cryptos become too small? Let’s try to calculate. The simplest transfer looks like this: one sending and one receiving address (or input and output), and this “weighs” something about 182 bites. 3 satoshi per a bite makes it 546 satoshis for the cheapest transaction. However, this BTC dust threshold may change depending on many factors.

Bitcoin dust starts creating problems at the moment when the cryptocurrency value gets higher. Firstly, the disadvantage is that you can’t make a profit out of dust. Secondly, the whole blockchain works in a less responsive and efficient way. And thirdly, an attempt to collect all the dust in one place and sweep it up can make you lose your anonymity.

An average Bitcoin user owns many wallets and creates new addresses often. It is done with the purpose of protecting the privacy of Bitcoin trading. Unfortunately, the flipside of this is that all those multiple bitcoin addresses can potentially collect bitcoin dust, thus increasing the total value of cryptos that cannot be effectively used.

In general, the dust phenomenon itself wouldn’t be such an outstanding disappointment, if there were no dusting attacks. Currently, this is quite a significant problem that everybody should be aware of, and I will tell you about it later on. Being a malicious activity, such attacks cause many troubles to honest BTC users. Let’s talk about them. 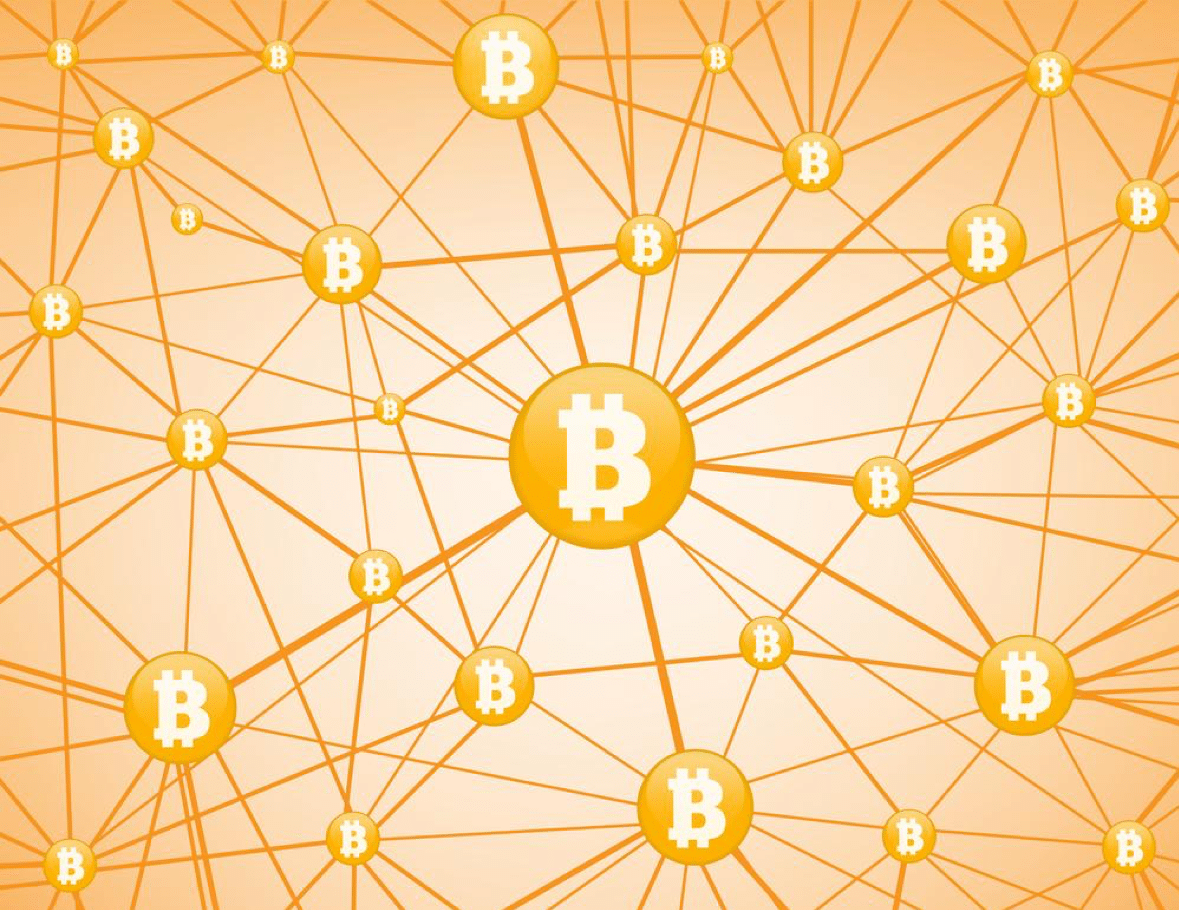 There are some users in the network whose activity leads to polluting the public ledger with a lot of dust daily. To a great extent, it happens as a result of gambling and tipping. Some sites create thousands of small transactions, and it floods and clutters up the network, too. Think, in 2015 there were a little less than 2 million public keys with dust. How many of them are overloading the blockchain today? Each transaction, no matter how much is being transferred, has approximately the same number of bites. And the size of the entire ledger is limited. What happens when every dust owner tries to send their tiny coins? The system fails, or at least works in a slow mode.

However, as these are activities no one can forbid, as they are legit by nature, the solution was found — to create so-called side-chains to clean upthe main traffic. But what to do with those villains who spam the network on purpose? They never have anything good in their mind — either they are trying to hack someone’s identity, or do some harm to the technology in general. For instance, the dust spam annoys users quite strongly because it causes them to pay bigger fees to speed up transactions stuck on hold.

Bitcoin users are provided with complete privacy of their personal information, but there is no meant to be a perfect system in the world. The scammers have learnt fast how to get to personal data of wallet owners. The facts:

This becomes the “back door” used by cyber criminals. They breach the defense systems of online marketplaces and steal personal information. Then, they send dust to numerous recipients and track all transactions in the transparent ledger.

Scammers follow the transfers with tiny amounts that are sent to the same address, and make a conclusion that all these inputs and outputs belong to the same person. In case one of the public keys is hacked, they can correlate all of them with real addresses, people, and companies. The sent dust leads to the initial client, and thus the privacy of a real identity is jeopardized. Moreover, this is a good way for them to know how many BTC you own, stored in all of your wallets. Swindlers use this information for blackmail, ransomware attack, phishing, etc.

Is It Possible to Get Rid of Bitcoin Dust?

If you want to get rid ofdust and clean up a wallet, some steps could certainly be taken. Unspent transaction outputs should be merged into a single outgoing transaction. There is a particularity that shouldn’t be forgotten. The digital assets exist not in the form of one-piece coins, but separately as “unspent outputs,” or some kind of scraps. It can be 0.1 BTC, or 0.00000001 BTC, or any other number, bigger or smaller, and all fragmented components have to be placed in one collector to unite them into one single pile.

Okay, let’s consider the advice to be simple. Choose a day on the weekend with a low number of unconfirmed transactions. Mostly, the network is less busy on weekends than during the week. Decrease the recommended fee by 50%, or whatever you feel like. Don’t forget that it takes more time for a transaction to be confirmed if the fee is low. However, don’t bother much about time, as you are sending it to yourself. The dust goes to your other address and becomes a whole coin, which you can use later.

The good news is, it’s possible to resist and prevent such a dormant threat. Even if you feel as if you can’t influence the process of sending coins to you, certain existing wallet features can confront dusting attacks and eliminate potential risks. By the way, if you receive small coins and don’t spend them, you are not under jeopardy. If you don’t spend such dust outputs, the scammers are not able to trace a connection by and among the addresses. Thus, at this point, the attempts of de-anonymizing a wallet owner are disrupted.

Note that if a wallet is fitted with special services, the small outputs are marked and shown to users, so you know that you have dust and need to be careful with processing it. At the same time, it’s worth remembering precautionary measures and security considerations, like anywhere else on the internet. Just keep in mind that the safety of your account is your own responsibility.

If it’s obvious that this is a test, and somebody is trying to involve you in some scam, don’t respond and don’t fall for it. The scammers can’t do anything as long as they don’t know passwords. To sum up, it’s worth saying that very often just being aware about possible implications and paying attention to unusual signs of dubious activities can guard and protect the users from risks and problems.

Considering the fact that bitcoin dust is not a constant magnitude, it may not be a huge problem in the future. The transaction fee decreases, people get rid of it easily as soon as a necessity arises, and the inconveniences also evaporate. The situation could change as soon as transactions increase in number, for sure. The Lightning Network will also help Bitcoin traders get rid of dust. It removes all micropayments off the main chain and speeds up the process.

It is predicted that this problem will be solved this year. Bitcoin software developers will release a new version, which is supposed to cut downon the amount of dust. The coins will be selected with the help of a changed algorithm. The current one works inefficiently and “digital leftovers” appear inevitably even though it is possible to avoid this. Andrew Chau and Mark Erhardt developed this new algorithm, which combines parts of bitcoins in a more rational way. In simple terms, this new program will do the math and choose the coins not randomly, but only those that make the exact needed amount of BTC. Thus, there will be no unspent outputs anymore.

It would be wrong if Bitcoin dust was considered to be something completely new. It existed before and it is meant to be there in the future. Obviously, the number of inputs and outputs will not be cut down. People use Bitcoin more and more, and new spheres of its implementation appear every day. Various scammers and spam senders always gravitate towards such spheres, hunting for vulnerabilities of the balanced systems. The existence of such a phenomenon as BTC dust and dust attacks proves that Bitcoin is an upcoming trend and is quite promising.

There will always be a threat of de-anonymizing attacks, like elsewhere in the business world. It’s worth remembering to round upall Bitcoin dust accumulated in one wallet at early stages, as soon as you get it from unknown sources. And as long as the transactions fee is at a low level. Choose credible and secure exchange possibilities so you don’t have to clean up your wallet from unwanted insignificant coins.

There is still a lot of work to do for programmers to guarantee users the highest anonymity and a steadily working ecosystem. I hope that the level of criminal activities will drop, or even be wiped out completely. Eventually, it will allow users to enjoy a perfect system performance, working without being overloaded and without a speed limit of data exchange.

Using Bitcoin at Casinos in the UK

For a lot of individuals, Bitcoin might be a new term. Even those who regularly shop and gamble online might...