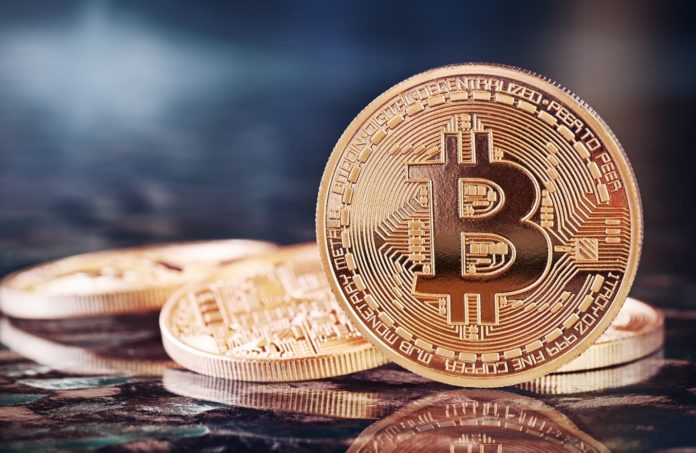 As cryptocurrencies have lately gained a wide popularity across the globe, it has contributed to the development of a new breed of gamblers. Specialists indicate that these gamblers prove to have similar psychological traits with those who practice consistent betting. We all know that cryptocurrencies are digital coins that are traded across the globe via the internet, using Ripple, Bitcoin, and Ethereum.

Those enthralled with sports or casino betting, hunting for a casino bonus code or some great deals to win the big jackpot, focus now on cryptocurrencies. At the end of 2017, a high number of new investors became interested in online trading when Bitcoin raised to $20,000. However, the value of Bitcoins has decreased to $7,000.

Gamblers find this industry interesting due to the volatile falls and rise when it comes to the value of cryptocurrencies. But this is not necessarily a bad thing, because professional gamblers can put the knowledge and skills they have perfected in casinos to good use, this time in cryptocurrencies. Here is why.

Why is Bitcoin so Attractive to Betters?

Before tackling the subject of this article, it is a good idea to put everything into context and explain what exactly Bitcoin is. Back in 2008, when it was first invented, Bitcoin barely made the news. It was a niche concept reserved mostly to tech savvy people and a low number of financial experts who were interested in alternative currencies.

Nowadays, Bitcoin has exceeded its underdog status and achieved mainstream recognition. What started as a so-called pipe dream for conspiracy theorists and people with anti-establishment views became a legitimate, reliable (if done right) alternative to the old currencies.

Bitcoin is beloved for its decentralized nature and for the fact that it requires no middle-men – all transactions are recorded on a public ledger (otherwise known as the blockchain), a fully transparent online document that shows every user’s transaction history. Nobody can cheat, steal, or double spend. And paradoxically, this exact system bred a new generation of gamblers.

The definition of gambling is really broad, but technically speaking, you could define anything as gambling  – for example, taking your car to work for convenience’s sake and risk dealing with the traffic, when the subway is a perfectly viable alternative. The same thing applies to Bitcoin, or any other digital currency because due to its volatile nature, you can never know in which direction it is headed.

To further enhance the point, Bitcoin trading, selling and buying constitute as gambling because it is not an asset that produces value on its own. Its value is highly dependant on what other people are willing to pay for it, and this, in turn, depends on market shifts, public opinion and various other factors that are out of the trader’s control. Sound familiar? It should, because this is exactly how gambling works – you never know where the ball will fall on the roulette, or which card the dealer will draw at Black Jack.

Judging by these factors, it is no wonder why professional gamblers find the prospect of cryptocurrencies so enticing. It plays almost by the same rules as traditional gambling, only in this case at a higher, more advanced level.

We all know that the world of gamblers (the successful ones, at least) is a close-knit circle that is not accessible to everybody. And even though all gamblers are striving to one-up one another, they mostly stick together and rarely share their trade secrets with outsiders.

As a result, it is no wonder why aspiring gamblers have a hard time breaking into the world and making a name for themselves. You could argue that this factor alone – namely, the secretive nature of that group – is the reason why as soon as Bitcoin became a thing, a new generation and breed of gamblers appeared. When it comes to Bitcoin, you can use the information provided by the aforementioned public ledger to build your tactics.

But because everybody has access to the same information as you do, you have to be a tad more creative in order to obtain an edge over the others. That same information portal allows you to be bold and decisive when need be – longing when everybody is ready to cut their losses and move on to the next opportunity, or shorting as soon as you see an opening.

Bitcoin Trading is Around the Clock

Technically speaking, you could spend your entire day in a casino and break the house. From a practical perspective, that is not physically possible. However, unlike stock markets and many casinos, Bitcoin exchanges operate around the clock, so everybody can just jump in whenever they hear there is an opportunity worth exploiting.

But here is the deal: we all know how volatile the cryptocurrency market can get. One day, Bitcoin can exceed the psychological threshold of 10,000 dollars, while in the next day it can be worth much less than that. A bold Bitcoin investment can deliver the same adrenaline rush as a risky bet at Poker, the only difference here being that one can do it whenever he desires, with triple the winnings.

From the niche technology it once was, Bitcoin has become the subject of intense water cooler discussions and heated prime-time debates on TV. Due to its volatile and decentralized nature, Bitcoin has led to the birth of a new breed of gamblers that you can split into to broad categories – professional gamblers who apply their skills an experiences into this emerging field, and ambitious investors who want to make bank, but seek the thrill and excitement of traditional gambling. Regardless, Bitcoin is here to stay, will surely attract more ambitious gamblers in the following years.