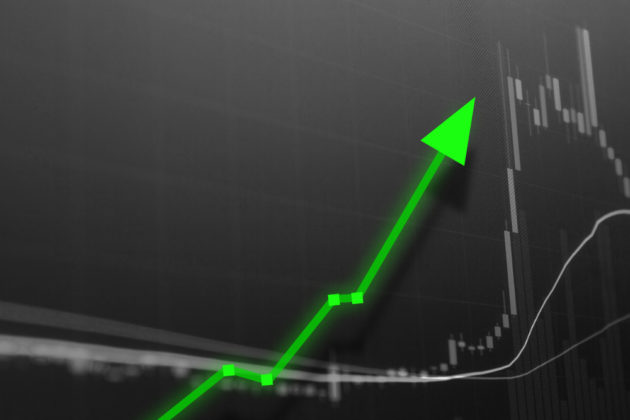 Bitcoin slipped on Wednesday in a choppy trading session that also saw the U.S. stocks heading lower.
The cryptocurrency swung above and below $9,500 while briefly crashing to as low as $9,227 on Coinbase exchange.
Nevertheless, it is eyeing a rally towards the $10,000-10,500 area owing to favorable on-chain and macroeconomic sentiments.

A choppy trading session on Wall Street on Wednesday left Bitcoin in a similar seesaw trend.
The benchmark cryptocurrency tumbled 0.72 percent to $9,457, bringing its net correction from its weekly high down by 1.47 percent. The move downhill surfaced partially because of profit-taking sentiment – traders selling the asset at their local tops to secure short-term gains.
Nevertheless, Bitcoin’s downside correction also came in sync with similar moves in the S&P 500. On Wednesday, the U.S. benchmark index slipped by 11.25 points, or 0.4 percent, to 3113.49. Meanwhile, the Dow Jones Industrial Average also went down by 0.6 percent. The Nasdaq Composite gained 0.1 percent.
Bitcoin price chart from TradingView.com showing its new correlation with U.S. equities. Source: TradingView.com
The choppy price actions pointed to uncertainties in traders’ minds. They weighed the market outlook on two differing parameters: The first is economic reopenings after the lockdown and unprecedented stimulus support from the Federal Reserve and the U.S. Congress.
Meanwhile, the other parameter pointed to fears over a resurgence in the number of infection rates. Last week, the same worries sent both Bitcoin and the S&P 500 lower, but an 18 percent rebound in retail data helped them recover from what could have been a more brutal sell-off.
Bitcoin’s Retail Data Strong, As Well
As bitcoin heads modestly lower into the early Thursday session, its slippage is failing to deter retail traders from entering the cryptocurrency space.
Data fetched by on-chain analyst Glassnode highlighted a record increase in the number of wallets holding at least 0.1 BTC (~$941). The number surged to 3 million – an all-time high for Bitcoin – indicating that average Joes are now hedging their savings into the cryptocurrency as the economic crisis deepens.
Chart from Glassnode showing Bitcoin’s retail interest hitting a record high. Source: Glassnode
The metric surfaced after separate data showed an increase in the number of inactive Bitcoin in the last 12 months.

Holding the cryptocurrency is perceived as a strategy of protecting oneself from inflation. Jesse Powell, who heads Kraken, a prominent U.S.-based crypto exchange, noted that many have resorted to holding Bitcoin as an insurance against the economic crisis.
“We have seen a massive influx of new accounts from hedge funds, wealth managers, retail investors, and day traders,” he told Bloomberg. “We have seen people taking their stimulus checks and rolling them into Bitcoin.“
The $10.5 Target
Favorable on-chain metric confirms Bitcoin’s short-term bias to the upside. That is further validated with exciting price action on Wednesday, wherein the cryptocurrency briefly crashed towards $9,200. Nevertheless, the intraday low renewed buying demand among traders. It brought the price back near $9,500.
Bitcoin price chart from TradingView.com showing it maintaining its bullish bias above $9,200. Source: TradingView.com
As futures tied to the S&P 500 hinting a downside correction ahead, it may prompt Bitcoin to tail the bearish trend. The price could, therefore, test $9,200 for a potential pullback move above the $9,500-level.
Meanwhile, breaking above the Rising Wedge channel (redded range) could set Bitcoin’s breakout target towards the top of the pattern, which is near $10,428. On the other hand, breaking below $9,200 risks an extended downside move towards $8,600.