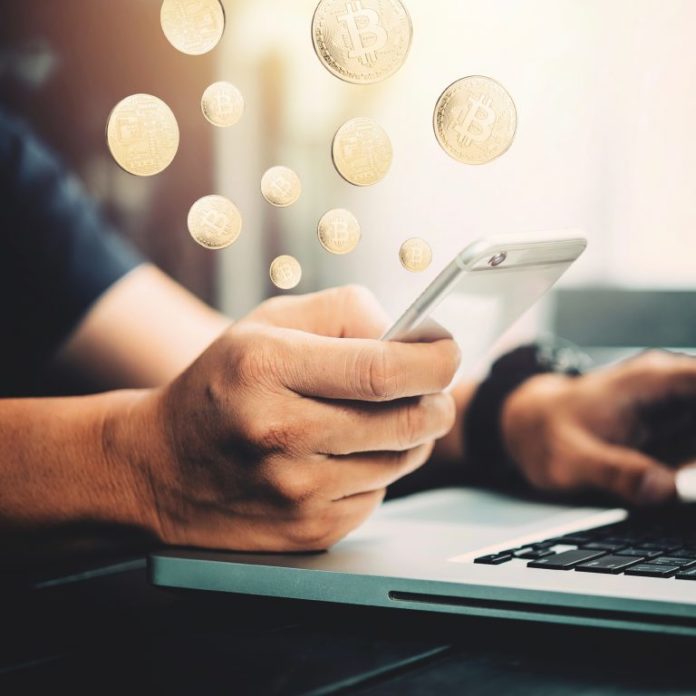 Financial software developer Intuit has been awarded a patent for processing BTC payments via SMS and we’ve covered the details in today’s edition of Bitcoin in Brief. Also in The Daily, Brave browser plans to enable BAT tips for tweets and Reddit posts, cryptocurrency is projected to constitute 5 percent of the portfolios of US investors next year, and in Thailand, a famous actor has been arrested for an alleged crypto investment fraud.

California-based company Intuit, a financial software developer, has been awarded a patent for processing bitcoin core (BTC) payments via text messages (SMS), according to a filing published by the US Patent and Trademark Office on August 7. The patent that outlines a system to transfer BTC funds by sending text messages on smartphones was filed back in 2014. According to its abstract:

Despite the prolonged consideration of the patent application, Intuit has been continuously developing its crypto-cash payment solutions in the meantime. Earlier, the company announced it had reached a partnership agreement with the payment provider Veem to build a system for processing international cryptocurrency payments.

Brave Browser to Enable Tips for Tweets and Posts

Brave, the privacy-oriented web browser that supports opt-in ads and crypto payments between users and website publishers like Twitchers and Youtubers, is now planning to expand its service to Twitter and Reddit. The startup intends to introduce support for the two platforms in the fourth quarter of this year, according to an announcement quoted by CNET. To take advantage of the tipping system, which uses Brave’s basic attention token (BAT), users have to enable the payments in the browser. Then, if another Brave user decides that a tweet or a post is worth rewarding, they can send a BAT tip. “The model will be tipping – a user likes a tweet and can give BAT to the tweeter, and optionally tweet back that he tipped,” the company explained. The mechanism for Reddit users will be similar.

Brave is essentially trying to redefine how online advertising works. Its browser is blocking ads by default and people’s attention is rewarded with tokens. BAT payments can be made between users, publishers and advertisers. The opt-in system allows anyone who sees a Brave-placed ad to get a portion of the revenue from the advertiser. Brave claims to have more than 20,000 verified publishers and 3.25 million monthly active users who can send and receive BAT tips. The Brave browser project was funded through an Initial Coin Offering (ICO) and launched by Mozilla co-founder Brendan Eich.

Crypto Expected at 5% of US Investments in 2019

Despite declining prices of most cryptocurrencies amidst a continuous bearish trend in crypto markets this year, a new survey has found that digital coins are becoming a permanent part of many investment portfolios in the US, decreasing the dominance of traditional instruments such as stocks, bonds and real estate. The authors of the study have detected a growing desire among US investors to get exposed to cryptos, considered by many to be the next big asset group. The Harris Poll survey, conducted on behalf of the American Institute of CPAs (AICPA), has established that cryptocurrencies will represent 5 percent of the investments of those 35 percent of Americans that consider themselves investors or plan to invest in 2019. At the same time, Exchange Traded-Funds (ETFs), which have received much attention in the crypto space recently, account for 8 percent of the projected investments.

The study has attempted to assess the knowledge and awareness of cryptocurrencies among active investors in the United States. According to the published results, their levels remain relatively low with almost half of the respondents admitting having little or no understanding of the matter. “Cryptocurrency appears to be foreign to many investors. The survey found that nearly half of U.S. adults (48 percent) are not familiar with Bitcoin, Ethereum, or Litecoin,” the AICPA commented on the findings. Police in Thailand have arrested Jiratpisit “Boom” Jaravijit, a famous Thai actor, for his alleged participation in a fraudulent crypto-investment scheme. According to local media reports, he lured a foreign national into investing 797 million baht (~$24 million USD) in digital currency. Mr. Jiratpisit, who was apprehended on Wednesday after the Thai Criminal Court issued an arrest warrant in July, has been also charged with collusion in money-laundering.

The actor is one of seven suspects who allegedly committed the crime, The Bangkok Post reported. Law enforcement officials said they acted after receiving a complaint that the accused had defrauded the foreigner into sending them the money in bitcoin (BTC). The fraudsters assured the person the funds would be used to buy shares in companies that had invested in the Dragon Coin digital currency. The investor, identified as the Finnish national Aarni Otava Saarimaa, met the suspects in June, 2017. The Thai actor has denied the charges.

The post Bitcoin in Brief: Crypto Payments via SMS, Coin Tips for Tweets and Posts appeared first on Bitcoin News.