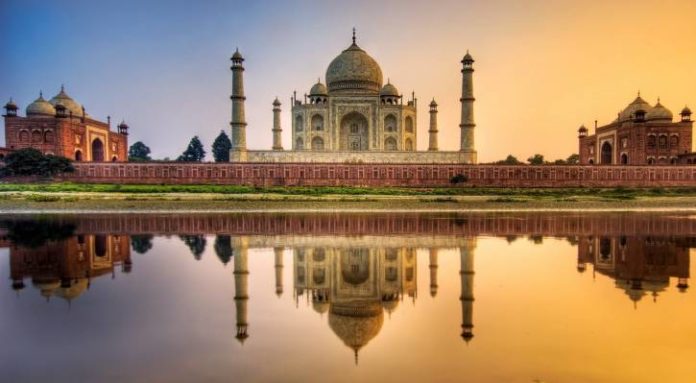 The conditions in such developed countries as China, Argentina, Cyrprus or in developing country like Kenya bear witness to current positions of bitcoin on the worldwide area and shows its potential and advantages over other factors. All these countries mentioned above are characterized by high inflation rates, strong control of capital from the government or there is a combination of both these economic factors. Such situation appears in India, so it is essential to make an analysis in order to review the current economic position of this country, its climate and the factors which have an influence on propensity of the population to accept the bicoin on a large scale.

India’s Rupee Woes The value of the Indian Rupee has decreased sweepingly following to international economic factors and operations of Reserve Bank of India (RBI). Analyzing of this problems and their direct influence on the INR can be useful for evaluating the utility of bitcoin in India.

From the beginning of the May, there was a considerable declining of Rupee against dollar on 24% and it accessed the lowest point of ?68/$ on the 29th of August. The recent corrections and regulation of the language from the Federal Reserve are the main reasons of this trend which affect on decreasing purchases of asset on 85$ mlrd per month. Due to the decreasing of the monetarization from Fed, the growth rate in USD supply is going to fall and accordingly it makes USD currency stronger and therefore, owing to the USD strengthening, INR and other currencies become weaker significantly.

Fed tapering has extra influence on such developing markets like India. To be concrete, due to purchasing fewer US Treasuries (UST), the supply of USTs probably goes up. Meanwhile, the extra supply decreases the the price of UST`s and provides the increasing of the yields on bonds. The effect of such process is ponderable: since May UST yields reached the highest rate, having even 115 basis points.

The increasing of UST yields affects negatively on developing markets. According to earlier expectations, all returns grow on comparatively low-risk USTs, money runs-out of high risk investment similar to those in developing markets(India for example) and into USTs, which is much more tempting on a “risk-weighted basis” now. The results are not consolatory: there is an exodus of the capital from such emerging countries as India which makes the amount of USD lower comparing with INR.

India’s current account deficit, or the difference in total value between exports and imports, has grown to a record 4.8% of GDP in 2013. This can have two profound effects on the value of the INR. First is the direct impact of sending more money off shore than is flowing back in. Since most international trade is denominated in USD, this means that more USD is leaving India from trade than is returning. As described above, if the availability of USD to INR decreases, the relative value of USD to INR increases.

The second meaning of the concept “a current account deficit” is that a country is a net debtor. Due to expectation of increasing the interest rate in India because of US Fed actions, the cost of repaying becomes negative factor for INR because investors propose the inflation the tool of decreasing debts.

The current effect of the INR on the prices for goods should not be underestimated. There had been a significant increase of price for oil during the last several years from 76 per barrel in August 2010 to $109 per barrel in August 2013. Due to the fact that the leading position of world oil trade belongs to USD, the increasing in prices causes only the deficit of India`s currency and consequently it decreases USD holdings within India. The one of the most serious consequences of such problem is the maintenance of oil imports from Iran. That means that Iran is one of the minorities of the countries that accepts oil trade denomination in INR. The same effect on the current account balance can be noticed in importing of gold, but for the opposite reason. Being the largest world consuming gold nation, Indian citizens take into consideration the decline in prices of gold reaching its pick of 162 tonnes in May. Nowadays the gold in India being in demand is a cultural historic asset which is always presented as gift on festivals and wedding parties

Taking into the consideration the effect of the current account balance a decline of INT. the government makes an attempt to stop outflows using some tariffs and capital controls. Such capital controls were created by the RBI this month which put the investors and especially the Prime Minister of India Manmohan Singh in shocked conditions. Furthermore, such capital controls would not be taken into account as India would continue supporting the open economy which led to increasing of the economy in general for the last 6 month in spite of the process of determining of these measures. Some measures on importing gold were adopted by Indian government this year. Such situation causes the growth of importing tariffs on the bijou metals from 6% to 10%. Furthermore now it is essential to get a license from foreign trade office and try to encourage the commercial banks in order to purchase gold directly from consumers and for stemming imports it is important to transfer it to the local refiners. Such actions were attempted in order to increase the prices in India and make them higher on $45/per oz over the prices in London. Indian citizens are searching for alternative ways for wealth storage and historic transactions on a culturally significant commodity at the aggregate expense of the valuation of the INR.

Talking about the terms of inflation and capital controls which are familiar to the community of bitcoin, somebody can suggest that Indian citizens should switch to the opportunity in order to accept the digital currency as bitcoin proliferation can become rather important for the ponderable future. At the same moment whereas the demand for gold has increased in India, there are some additional alternative store of wealth offering by multiple applications which ensure stability and no transferring of demand to bitcoin. Moreover, the state can encounter on a range of regulatory and technological concerns before the moment of reaching the broad acceptance by bitcoin.

With the RBI placing restrictions on the amount of capital both individuals and corporations can invest overseas, as well as the amount of gold that can be imported, Indians will continue to seek alternative means of wealth transfer and storage. Bitcoin may serve as an opportunity to send investment offshore without having to clear through an intermediary bank, or an alternative store of money if gold becomes inaccessible. This scenario has already unfolded in Argentina under more drastic applications from the same family of regulations; it’s not unreasonable to believe that if similarly pushed that Indians would seek similar measures.

As it can be seen from the previous researches, the data shows the interrelation between bitcoin admission and internet penetration in the country below. India takes the sixth lowest place of internet distribution among 100 largest countries with only 12.6% of the citizens having the access to the internet. In spite of the total size of the population of 1.2 billion people in India, it puts the country on the third place with 150 million users of internet-using population in the world after the USA and China.

There is a high potential level for bitcoin market in India without broad dissemination because of its enormous total size and population. There are only 0.7% of global connected nodes and 0.8% of the total bitcoin client downloads in India. As a consequence, there are significant increases and decreases of the number of Indian bitcoin exchanges during the last year so it is impossible to get solid footing. Though, it is feasible to purchase and vend bitcoin with the help of websites such as buysellbitco.in and it can promote the appearance of a healthy LocalBitcoins market.

The fact that there 71% or approximately 900 million total users of mobile phones in India should not be ignored. Avtually, the mobile users of internet reached those who used computer for accessing in 2004. While only 44 millions of Indians are the subs of smartphones which allow them getting the access to the standard mobile bitcoin wallets, such companies as Coinapult suggests the transactions using standard SMS. Due to the fact that internet still possess the leading positions, such applications as bitcoin wallet lose traction with bitcoin bubble from the beginning of April.

The ability of Bitcoin to be transferred between two people using internet access makes it a strong instrument for the global remittance market. The term of remittance or the transferring of the funds from the worker from another country to his home in another way plays a significant role in developing economies. Actually, India has the highest value of remittance in the world in 2011. In accordance with the World Bank, the volume of remittance reached $58 billion or 3.1% of GDP.

The 41% of the Indian population staying unbanked wire transfers are not optional. Respectively, it leaves only such money transferring agents as Western Union which takes $25 for $2500 transfer from the USA to India. Bitcoin has involved to this process and such forward-thinking companies as Buttercoin have recently stepped in to apply the potential of bitcoin to these markets.

A remaining wildcard in India’s bitcoin story is the future accommodation by the country’s regulators. The Reserve Bank of India has stated that it does not immediately intend to regulate bitcoin, but their historic actions indicate that may change soon enough. The RBI already took significant measures against foreign exchange and gold imports this year in an attempt to slow the Rupee’s slide; if bitcoin is seen as a threat to the stability of the national currency, it would seem probable for similar action to be undertaken.

As has been proven historically, greater hurdles are only a sign that bitcoin is needed. Like any other county, as forward-thinking entrepreneurs and bold investors continue to innovate, bitcoin will be poised to solve problems created by the legacy monetary system.

Western Union is not yet ready for bitcoin international transfer

Postma, president of MSB Compliance Inc, a company that consults on compliance issues for money service businesses said that bitcoin...