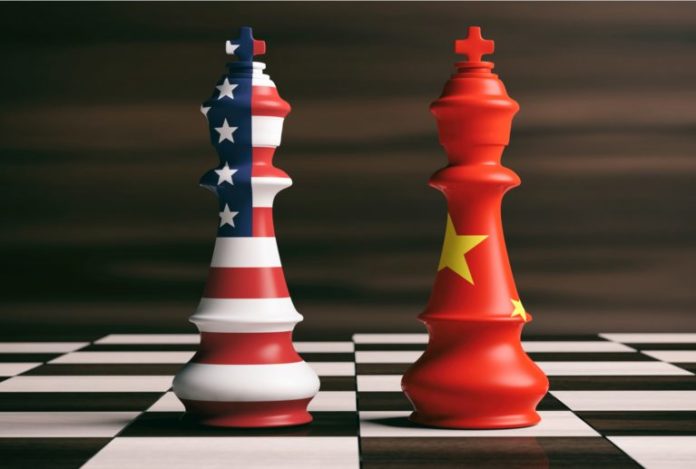 The latest skirmishes in the bruising trade war between the U.S. and China have led to the unlikely politicization of the NBA. But how did the views of a basketball executive become such a political football? And what does China’s ideological commitment to censorship say about the value of free speech and of free speech money, as bitcoin is sometimes known?

The Communist Party’s gangsterish demands on private companies is nothing new, but the recent decision by Houston Rockets general manager Daryl Morey to tweet support for pro-democracy protestors amid bedlam in Hong Kong quickly exposed just how fragile the notion of ‘free speech’ really is. In the face of opprobrium from Beijing, Morey’s climbdown, augmented by groveling input from Rockets owner Tilman Fertitta and NBA spokesman Mike Bass, was pitiful to behold. But it hinted at the wider problem of gutlessness among companies that have provoked the ire of the Chinese government.

A curated list of companies that have kowtowed to Chinese censorship requests, maintained on Github, is damning. As well as the NBA, the roll of shame includes Apple, Marriott, Nike, ESPN, several of the world’s largest airlines like British Airways, Qantas and American Airlines, and Versace. With trade talks between the US and China underway in Washington, the specter of censorship, while not on the agenda, will loom large over proceedings.

Both nations have a lot to answer for as far as free speech, privacy, money and other basic human rights are concerned. China’s persistent assault on freedom seems more flagrant, but the U.S. – and, for that matter, other western nations – hardly cover themselves in glory. Attorney General William Barr recently squeezed major tech companies to provide government agencies with backdoor entry points for encrypted devices and software. It remains perfectly legal for citizens throughout the world to be fired by their employer or interrogated by customs for something they’ve said on social media – even when it occurred years ago.

1) Ideological: when ideas aren’t even discussed. Was broken by the internet.

2) Economic: voice the idea and be demonetized or deplatformed. May be broken by crypto.

Who Watches the Watchers?

Edward Snowden’s exposè of rampant state surveillance shows that when it comes to assembling a digital panopticon that’s always watching, the Americans are even more ruthless than the Chinese. At least in China you can see the cameras observing you; there’s no such courtesy when the U.S. agencies activate your webcam and start recording.

Speaking of surveillance and its insidious incursion into people’s lives, the Washington Post just reported that more than 400 police departments across the U.S. have entered into surveillance partnerships with Amazon’s camera-enabled doorbell company, Ring. It’s yet another way in which the government is utilizing tech, while co-opting big business to bear down upon civil rights and liberties. Value and dignity exist in an internet where speech, financial autonomy and other basic rights are not controlled by government agencies or international conglomerates. Where our private data is not commoditized and sold to the highest bidder, and where we have the right to lives that are not the object of constant and unforgiving scrutiny.

The Value of Free Speech Money

Avoiding inference from third parties in the form of censure (deplatforming) and restriction of speech are basic desires shared by all digital citizens. This is why, when the topic of censorship and governmental overreach rears its head, Bitcoin isn’t far behind. Being able to process payments on the internet without permission or risk of confiscation is a privilege that provokes a desire to exercise the same level of freedom in other realms. To harness fully open source, secure and private systems of expression that are immune to the tentacles of power.

If the convergence of state and corporate interests continues unchecked, we are all imperilled; Chinese, American, or otherwise. Seized bank accounts, stolen information, frozen assets and ever greater attempts to stifle free speech and freedom of association will become the norm, and not just for those existing on the fringes, but for the masses. Is it any wonder that protestors harness technology to combat the might of the state? Tools such as PGP, Bitcoin, and decentralized networks allow individuals to conduct their affairs without permission from any bank, corporation or government.

A Time for Reckoning

While the summit in Washington is focused on matters such as trade imbalances and intellectual property violations, at an individual level we have bigger questions to ask of ourselves. Are we prepared to endure online censorship and a veritable onslaught on our civil liberties? Or are we willing to fight for an internet that does not function as an arm of the state but as an open platform for the free exchange of ideas and value? A censorship-resistant internet benefits everyone. It also benefits Bitcoin, for where there’s free speech, there’s demand for free speech money.

Do you think free speech and financial sovereignty as provided by Bitcoin are interlinked? Let us know in the comments section below.

The post Bitcoin Is a Weapon for Free Speech in the Face of Government and Corporate Censorship appeared first on Bitcoin News.

This week will mark a new milestone in the life of the pioneer cryptocurrency Bitcoin (BTC), as miners are set...