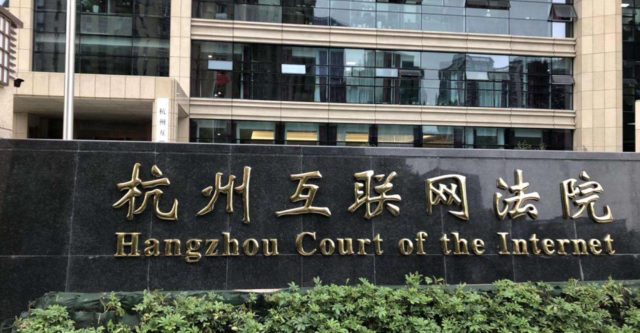 China has officially recognized Bitcoin as a valid phenomenon for a second time after a court determined it is “virtual property.”

Bitcoin Is ‘Valuable, Scarce And Disposable’

As reported by Caijing quoting the China Securities Journal, a national newsletter published by the Xinhua News Agency, a court in Hangzhou made the judgement during an ongoing dispute between a cryptocurrency exchange and one of its users.

The Hangzhou Internet Court said that Bitcoin is “holds the attributes as property – valuable, scarce and disposable.”

“We should recognize it as a virtual property,” the judgement text, translated by local cryptocurrency investor Dovey Wan on Twitter, added.

The case itself involved now-defunct exchange FXBTC and a plaintiff known as Wu. While the court ultimately ruled against a request for compensation from Wu over missing funds, the decision to give status to Bitcoin is significant, Wan argues.

“This case is a major milestone,” she commented, summarizing that the court had de facto confirmed Bitcoin is legal in China.

The Hangzhou case follows on from a previous legal ruling in October 2018, when the Shenzhen Arbitration Commission similarly deemed Bitcoin should receive legal protection as property.

As Bitcoinist reported, the government implemented a ban on trading any form of cryptocurrency in September 2017, a policy which remains despite the two judgements.

In comments to local newspaper Global Times this week, the country’s central bank, the People’s Bank of China (PBoC), further added to the mixed messages. An official validated the Hangzhou ruling, while appearing to avoid its possible implications for Bitcoin use.

“Indeed, Bitcoin is virtual property, but it’s not fiat money,” they told the publication.

The PBoC’s reaction to Facebook’s Libra digital currency project further complicated matters. Last week, it emerged that the bank was working on a digital currency of its own, with statements voicing concern about Libra’s potential to corrupt markets by being pegged to the US dollar.

“If the digital currency is closely associated with the US dollar, it could create a scenario under which sovereign currencies would coexist with US dollar-centric digital currencies,” Wang Xin, director of the People’s Bank of China’s research bureau, said during a Q&A session.

“But there would be in essence one boss, that is the US dollar and the United States. If so, it would bring a series of economic, financial and even international political consequences.”

What do you think about China’s recognition of Bitcoin? Let us know in the comments below!