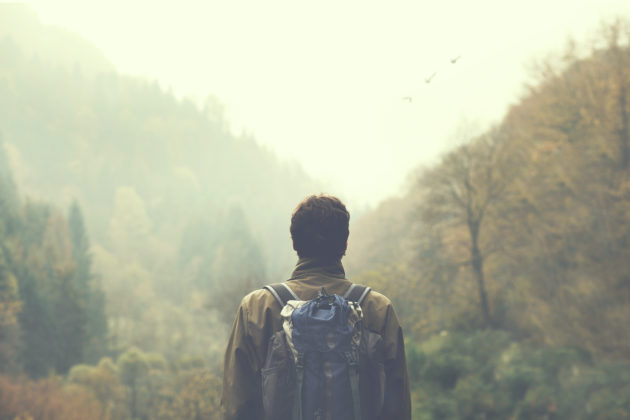 Bitcoin has performed extremely well since the $3,700 lows. Data from TradingView suggests that from the lows, the cryptocurrency is up just over 150%.
This price action has been undoubtedly impressive. In rallying 150%, BTC managed to outperform any other $100+ billion asset over that same time frame.
Though this move hasn’t convinced analysts that Bitcoin is decisively in a bull market.
Bitcoin Is Still in a Technical Bear Market
Prominent Bitcoin quantitative analyst “PlanB” recently noted that Bitcoin is still not in a bull market from a technical perspective.
The analyst pointed to the image below to add credence to his point. The chart illustrates that Bitcoin’s one-week relative strength index is currently below 60.
The relative strength index (RSI) is described by Investopedia as “a momentum indicator used in technical analysis that measures the magnitude of recent price changes to evaluate overbought or oversold conditions in the price of a stock or other asset.”
As PlanB’s chart indicates, the indicator being below 60 means that bulls are not yet in control. Bitcoin’s RSI bounced off the ~60 region multiple times in the 2,000% bull market in 2017, suggesting it has some importance now.
Chart from pseudonymous institutional investor and Bitcoin quantitative analyst “PlanB” (@100TrillionUSD on Twitter).
It isn’t only “PlanB” indicating that Bitcoin is not yet in a bull market.
As reported by Bitcoinist previously, Silk Road founder Ross Ulbricht is still bearish on BTC in the short-term.
In a Medium blog entitled “Bitcoin by Ross #9: A Strong Signal for Lower Prices,” he noted that Elliot Wave analysis shows BTC is still in a bear market. Ulbricht explained that the asset is in the second phase of a multi-year bear market, in fact.
Elliot Wave is a form of technical analysis that indicates markets move in predictable wave phases due to investor psychology.
A Full-Blown Bull Run Is Near
Despite these assertions, a bull run is seemingly close.
Matt D’Souza — CEO of Blockware Mining — recently shared four macroeconomic trends indicating that demand for Bitcoin is set to erupt. They are as follows:

There is growing geopolitical distress, like the tensions between the U.S. and China over Hong Kong democracy.
Global central banks continue to print trillions to save the flagging economy.
Negative rates continue to trend lower.
Bitcoin is slowly becoming a payment system.

Adding to this, the technicals show similarly bullish signs.
One trader noted that the ongoing market price action is almost identical to that seen after the 2012 and 2016 halvings:
“This capitulation is almost identical to the 2012 and 2016 halving capitulations (all within 21 days of the halving). This is a massive bull flag. The rallies from the Hash Ribbon Buy were almost vertical.”
He is saying that should BTC follow historical precedent, BTC will soon go “vertical” out of the ongoing stagnation .
Featured Image from Shutterstock

With less than 2 weeks before the expected Bitcoin halving event, it performed a huge upward movement. However, with just...