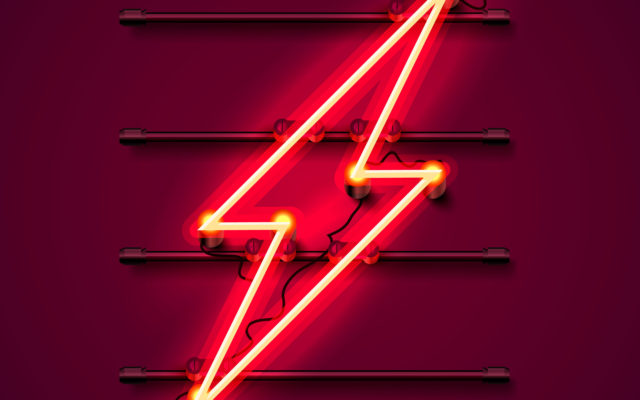 Bitcoin’s Lightning Network (LN) has almost doubled its node count and capacity in the first half of 2019, new data shows.

At the same time, the number of available nodes doubled from 2298 to 4576, capitalizing on Bitcoin’s 00 bull market which has focused fresh attention on cryptocurrency markets. 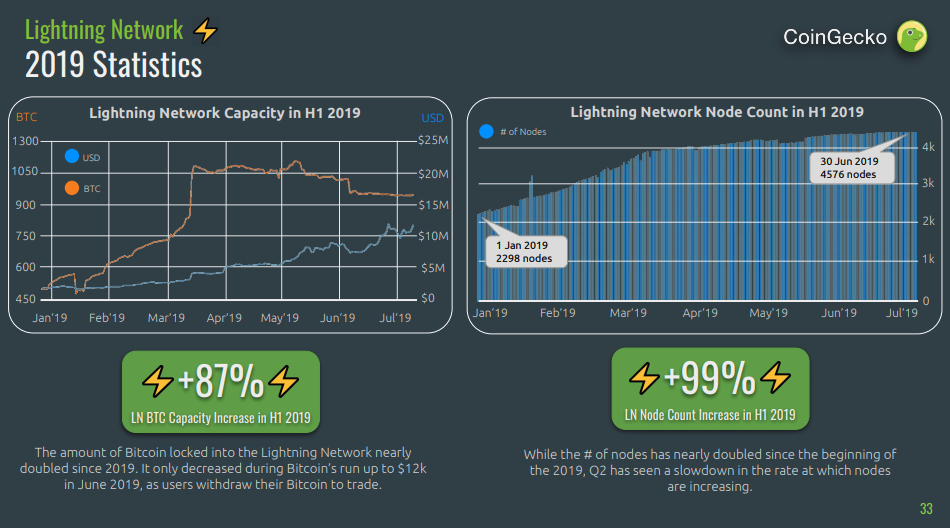 The Lightning Network is a scaling solution currently active on both Bitcoin and Litecoin 00. Transactions occur outside the main blockchain, allowing funds to transfer between users almost instantly and with considerably lower fees than ‘on-chain’ transactions.

Even prior to the start of Bitcoin’s bull market in April, Lightning had gained increased publicity thanks to a charity initiative organized by one of its users, Hodlonaut.

Taking the form of a transaction relay to test the strength of the protocol, Lightning Torch ended up involving some of the tech world’s biggest names, including Twitter CEO Jack Dorsey, who publicly condoned it.

While the amount of money involved was limited – around 0.4 BTC ($4700) – the relay brought the still-nascent LN to a mainstream audience, ensuring its continued expansion within the Bitcoin community.

Since July, however, some data reveals that both capacity and the number of payment channels active on Lightning have shrunk.

As Reddit user u/hotol noted on August 4, this in fact is not a reflection of progress reversing. Rather, shifts in user behavior influences figures, with LN by default designed to make usage difficult to gauge publicly.

Resources tracking its public aspects, principally 1ML.com, thus do not paint a complete picture of events, and using them to conclude LN is shrinking constitutes “FUD”

There is really nothing to see here, use LN and enjoy the only true P2P, instant and private payments in the crypto space.

As Bitcoinist reported, Lightning remains a broadly experimental option for Bitcoiners, only debuting on the Bitcoin mainnet at the start of 2018. The user experience is still geared towards technically-proficient traders, while an active community continues to make it more ready for the mainstream.

What do you think about Bitcoin Lightning Network’s progress? Let us know in the comments below! 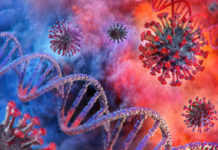 One Satoshi Is Now Worth More Than 7 National Currencies

A satoshi isn’t worth much, but that’s by design. At one hundred-millionth of a bitcoin, it’s the smallest unit BTC...