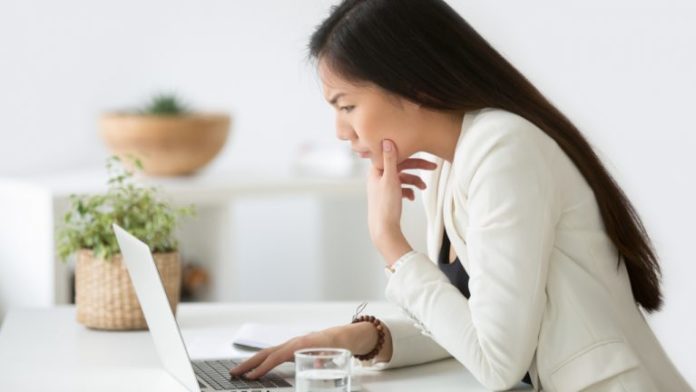 A bitcoin investment scheme claiming to help people make over $13,000 within 24 hours has recently gained more attention. Bitcoin Loophole claims to be an algorithmic crypto trading app that enables its members to make daily profits and become millionaires within 61 days. However, it is a scam associated with a different kind of investment.

The record-high unemployment in many countries, led by the coronavirus crisis, has forced many people to look for jobs or ways to make money online. Investment schemes preying on the desperation to make fast cash have multiplied, many of which advertise investments in bitcoin or other cryptocurrencies since they have recently outperformed most asset classes.

Bitcoin Loophole claims to be an algorithmic trading software for cryptocurrency markets that can be automated so “There is no investor intervention required,” its website details. You can “make money using the official crypto trading software,” which is AI integrated and uses “advanced technology,” it adds.

Besides BTC, the Bitcoin Loophole website advertises that members can also trade in a number of other cryptocurrencies — including ethereum, litecoin, ripple, monero, bitcoin cash, and dash — as well as fiat currencies, such as the U.S. dollar and the euro. The self-proclaimed crypto trading app also states that its members “generally make a minimum of $13,000 every single day,” adding that “Little actual work is required” and “some members become millionaires within their first 61-days.” It additionally claims:

It is practically impossible to lose money when trading with Bitcoin Loophole.

While the idea of making $13,000 a day with little effort is attention-grabbing, there are many red flags about Bitcoin Loophole. News.Bitcoin.com created an account at Bitcoin Loophole for this review. Once we completed signing up, the following message displayed in the middle of the screen: “You’ve successfully completed the registration and connected to your broker.” Another message then asked us to deposit funds of at least $250 into the account to begin trading. All deposits must be done via credit cards: Visa, Mastercard, Discover, Maestro, and American Express.

There was a world of difference in the information and tone that the website displays before and after signing into the site. Once logged in, there are no longer any promises of easy profits from bitcoin. Instead, there is a disclaimer that reads:

Bitcoin Loophole does not accept any liability for loss or damage as a result of reliance on the information contained within this website.

Another red flag is that before logging in, the website expressly states that it is not a scam and its app is “an award-winning software.” Furthermore, the so-called trading app claims that it “has been acknowledged by major institutions such as the US Trading Association as the best trading tool for cryptocurrency investors.” This is, of course, not true as the company is not registered with any regulators and its app is not recognized by any authorities.

After signing in, the website also displays a notice specifically about U.S. customers. It states: “USA Regulation Notice: Option trading is not regulated within the United States. Bitcoin Loophole is not supervised or regulated by any financial agencies nor US agencies. Any unregulated trading activity by U.S. residents is considered unlawful. Bitcoin Loophole does not accept customers located within the United States or holding an American citizenship.” This disclosure is false as options trading is regulated in the U.S. by the Commodity and Exchange Commission (CFTC).

After logging into the Bitcoin Loophole website, there is no longer any mention of bitcoin but there are plenty of mentions of contract for difference (CFD) trading. Trading contracts for difference is a way of speculating on financial markets that does not require the buying and selling of any underlying assets.

Based on information displayed on the website after logging in, Bitcoin Loophole looks more like a CFD scam with no element of bitcoin or other cryptocurrencies other than its name. It may also be a shady affiliate or referral website for an offshore CFD broker, in the same way Bitcoin Evolution does for a Cyprus-registered investment company. CFDs are high-risk investments and companies often pay huge commissions for client referrals for CFD trading. The Bitcoin Loophole website (after logging in) even has a disclaimer that states: “You may lose some or all of your invested capital, therefore you should not speculate with capital that you cannot afford to lose.”

Many scams have been known to target CFD trading specifically and many authorities have advised how to recognize one. The North American Securities Administrators Association (NASAA) warns:

If you are solicited by a company that claims to trade in CFDs and asks you to invest funds, you should be very careful … Get rich schemes, including those involving CFDs, tend to be scams.

The association advised that these scams are “heavily promoted” as an “exciting opportunity” to make money, promising high returns and guaranteeing “little or no risk and high investment returns.” As Bitcoin Loophole did, these scammers would “encourage you to wire your money offshore,” the NASAA detailed. “Be aware that once you transfer funds to a foreign firm, it may be difficult or impossible to get your money back.”

Since scams using the words bitcoin and cryptocurrency have become more rampant, anyone searching for an investment opportunity online should take extreme caution. If you are looking for a legit way to start investing in bitcoin or other cryptocurrencies, Bitcoin.com has many useful guides to get you started, including how to buy and sell bitcoin.

What do you think about Bitcoin Loophole? Let us know in the comments section below.