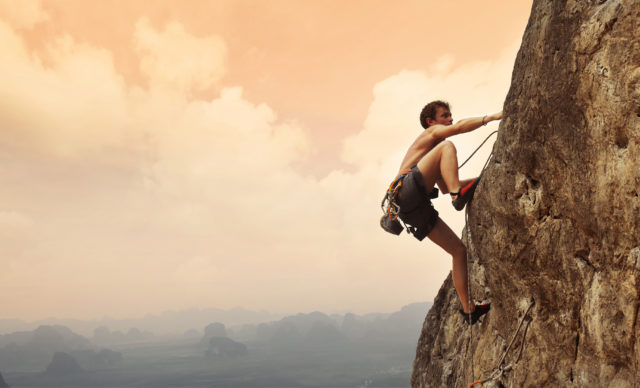 It’s been a tough past few days for Bitcoin traders. After holding ~$9,400, the cryptocurrency temporarily slipped under $9,000 on the weekend. In the process, dozens of millions of BitMEX longs were liquidated.
Yet an analyst has asserted that there’s a high likelihood BTC revisits $10,500. Bitcoin then surmounting that level may lead to even greater gains, with some calling for “new highs.”
Bitcoin Could Soon Revisit $10,500
According to a pseudonymous trader with tens of thousands of followers, there is a “liquidity pool” at $10,500 that Bitcoin will likely retest. He said that this is likely to happen “sooner or later” due to assets’ natural propensities to trade where this is liquidity.
“Macro BTC context: still think we’re heading towards $13K mid term. Massive liquidity pool around 10.5k, price tends to visit those sooner or later.”
Macro BTC analysis by trader “SalsaTekila” (@Salsatekila on Twitter). Chart from TradingView.com
Once (or if) Bitcoin reaches $10,500, it will need to break and hold $10,500 on a relatively high frame to confirm further upside. One commentator said in early June:
“BTC very close to exploding. Break above $10,500 would break an over 2 year symmetrical triangle, 11 month broadening wedge, 8 month horizontal resistance.”
The importance of $10,500 has been further echoed by Fundstrat Global Advisors’ Rob Sluymer. He said:
“Next directional move on tap for BTC’s as bull-bear convictions are about to be tested. Bears can point to the downtrend at 10-10.5K. Bulls have the long-term uptrend (200-week sma) at their back and the past week’s resilience as BTC’s quickly rebounded from its 200-dma.”
Fundamentals Support Bull Case
The fundamentals support the bull case.
First and foremost, there has been mass Bitcoin accumulation over recent weeks and months by both retail and institutional traders.
Blockchain analytics firm Glassnode has reported that long-term Bitcoin investors have been silently accumulating over the past few months. Around 90% of the days in 2020 have such entities been accumulating, per their data.
Secondly, gold has seen an extremely strong performance for it being a $10 trillion asset class. Since the start of 2020, the precious metal is up approximately 15%, nearing its all-time highs set after 2008’s Great Recession.
Gold rallying is fuel for Bitcoin to rally, according to analysts like Mike McGlone at Bloomberg. The commodity analyst said in a recent report:
“Increasing companionship with gold is a Bitcoin-price tailwind, in our view. At the highest-for-longest 52-week correlation and beta ever vs. the metal, the first-born crypto should continue to advance for reasons similar to gold, fueled by unprecedented global central-bank easing.”
Finally, Bitcoin miners continue to support the network despite the block reward halving. This has resulted in a macro indicator called the “Hash Ribbons” moving closer to printing an elusive buy signal seen at the start of the 2016-2017 bull run.
Featured Image from Shutterstock
Price tags: xbtusd, btcusd, btcusdt
Charts from TradingView.com
Bitcoin May Hit $10,500 “Sooner or Later” — And That’s Big for the Bull Case

This month Bitcoin.com launched two services that help facilitate bitcoin cash adoption and crypto remittance via email. In a recent...