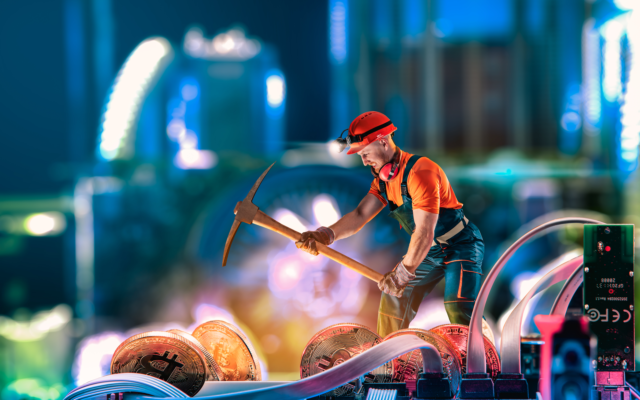 Bitcoin price regained and held ground above $8000 May 24 as new data showed miner revenues had reached their highest in 10 months.

Data from Blockchain.com confirmed miners’ income as the latest in a series of Bitcoin metrics to turn seriously bullish in recent weeks, with rewards now topping $17.8 million daily.

The combined value of coinbase block rewards and transaction fees paid to miners reached an almost annual high of $17.89 million on May 23.

The figures mark a transformation for the Bitcoin mining sector, which less than two months ago saw daily revenue figures barely climb above $7 million.

Market participants had faced extremely challenging conditions after BTC/USD 00 plummeted to lows of $3100 in November last year on the back of the Bitcoin Cash hard fork.

As Bitcoinist reported, since BTC entered a surprise bull market at the start of last month, multiple metrics have converged to suggest the cryptocurrency’s bear market, which began in December 2017, is definitively over.

Now, analysts and commentators are increasingly eyeing Bitcoin price for a sign that near to mid-term performance will mirror the last bullish stint which took BTC/USD to $20,000.

Uploading a chart of Bitcoin price phases against the 200-week moving average, the Twitter user known as planB suggested this month’s $8000 Bitcoin is already echoing its 2017 self.

planB had previously released data analysis which led to the conclusion BTC/USD could jump as high as $55,000 by next year’s block reward halving event.

Commenting on the latest chart, another notoriously bullish social media personality, Parabolic Trav, explained the quicker return to form for Bitcoin in 2019 compared to the previous bear-bull cycle as being down to overall ecosystem maturity.

“2015 in particular was totally impaired onramping. Gox had imploded, Coinbase launched right when the trend bottomed and turned up. This time around onramping is very healthy. Not surprised we ripped out of the hole,” he wrote.

“I also think the last bear market was distorted due to the (Bitcoin Cash) consortium’s actions. Large amounts of legacy HODLed BTC (from previous cycles) was dumped in support of (Bitcoin Cash). Those BTC cannot be used again in this manner, and are now decentralized.”

At press time Friday, Bitcoin was trading at around $8030 on Bitstamp, having made daily gains of 6 percent.

What do you think about Bitcoin mining revenue performance? Let us know in the comments below!

COTI Partners with Fantom, Taking Technology Beyond the Blockchain

Bitcoin Press Release: As leaders in third generation blockchain solutions, the business partnership will be a basis for future cooperation...