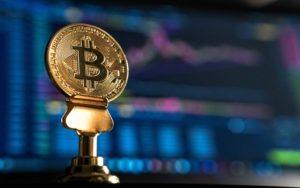 Bitcoin miners will mine the 18 millionth BTC this week, leaving just 3 million left to release before mining stops in the distant year 2140.

Data from monitoring resource Blockchain confirmed that the total Bitcoin 00 supply had reached 17.92 million as of October 14.

According to block calculations, the remaining coins to 18 million should enter circulation before the beginning of next week.

“It will take another approximately 120 years to mine the remaining 14.3% of the total supply or ~3,000,000 bitcoin,” analyst Rhythm noted on social media on Monday.

Miners competing for their bitcoin reward has also never been higher, with the hash rate at an all-time high.

Therefore, although 85% of the total supply of 21 million BTC has entered the market since 2009, the remainder will take much longer.

As Bitcoinist reported, even after the mining phase on Bitcoin ends, it is unlikely more than around 75% of the supply will be available. Users have already lost access to a chunk of the 17.92 million coins. Depending on the methodology, researchers believe these lost coins make up around 20% of the supply.

As such, it is likely that only around 15 million people will ever be able to own an entire BTC.

While the 18 million mark does not represent a technical achievement for the network, industry entities were excited, storage startup Luno describing it as an “exciting week.”

At the same time, the composition of Bitcoin holders is changing. Data this week showed stockpiling balances worth more than 1000 BTC had become far more popular in 2019. Previously, investors appeared less interested, with this year’s trajectory ending a five-year flat period.

Prior to the Mt. Gox implosion in early 2014, wallet holders were increasing their balances above 1000 BTC at a similar rate.

At the time, commentators suggested, their impetus was technical curiosity. Given BTC/USD’s current price, it is conversely financial incentives that are fuelling 2019 activity.

What do you think about mining the 18 millionth bitcoin? Let us know in the comments below!

Juno aims to provide a high-yield account for savings Juno, a neo banking platform that leverages decentralized digital assets to...