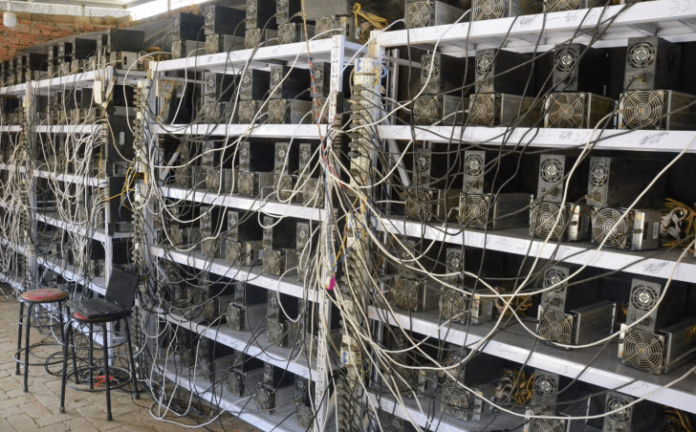 Designed to run on the SHA256 algorithm, the 7nm Finfet mining chip reportedly utilizes over a billion transistors for unparalleled efficiency. Its advanced circuit structure and low power usage also make it more stable. The chip can achieve a power usage capacity of 42J/T.

According to Wu, production will begin soon, and the chip will be integrated into the next generation of Antminer devices. He highlighted that the advancement of blockchain technology in the sector is crucial and will ultimately increase market capitalization. Moreover, rising blockchain user traffic will eventually require greater hardware acceleration and computing technologies to effectively sustain the market.

The announcement came just a day after Bitfury announced a new 14nm ASIC mining chip. Also structured to run on the SHA256 algorithm, it apparently has a mining efficiency of up to 120 GH/s and features 8,154 rolled hashing cores, and a power-on-reset circuit.

Dubbed the Bitfury Clarke, the company is apparently working to integrate it into its miners and servers located in Norway, Iceland, Canada, and the Republic of Georgia. The company apparently factored in numerous unique elements while designing the chips.

They include improved power distribution, faster processing speeds, and an innovative cooling system, to drastically improve performance and returns for its customers. The Bitfury Clarke’s mining efficiency is 55 millijoules per gigahash (mJ/GH) and can operate at a power voltage of about 0.3 volts.

Just a few days ago, Ebang also announced the launch of a new series of bitcoin mining rigs dubbed the Ebit E-11. The new line of miners will feature 10nm semiconductor technology and have efficiencies reaching 44J/TH. The range will include E11 (30TH/s), E11+ (37TH/s) and the E11++ (44TH/s) models.

Crypto mining companies are going through treacherous times as demand for mining devices wanes in correlation with the bearish cryptocurrency market. The situation has been exacerbated by stratospheric hashrates which have edged out amateur mining enthusiasts.

Diminishing cryptocurrency mining profitability has also made mining-farm investors think twice before diving into the space. This has lowered demand for mining-hardware substantially. Companies such as Hashflare, a cloud mining company have been forced to cease operations as a result.

In July, the company announced that it was disabling its mining-hardware and canceling its SHA-256 contracts. In an email sent to its customers, the company stated that payouts to its clients were actually lower than the maintenance costs, thereby rendering the venture unsustainable.

In August, GPU maker, NVIDIA, also announced that waning interest for graphics cards from the crypto mining industry had lowered forecasts. In a statement issued by NVIDIA CFO, Colette Kress, the company said that it was no longer going to include revenues attributed to cryptocurrency mining in its annual revenue outlook.

That said, foundries that are still on the market are working hard to impress clients with more efficient miners. The launch of the new line of products from Bitmain, Ebang, and Bitfury will serve as a litmus test for consumer interest.

ThorBlock Pools Will Allow Anyone To Invest in ICOs on VeChainThor

Safe Haven has announced a new project called ThorBlock, described as a platform that will allow users to pool funds...