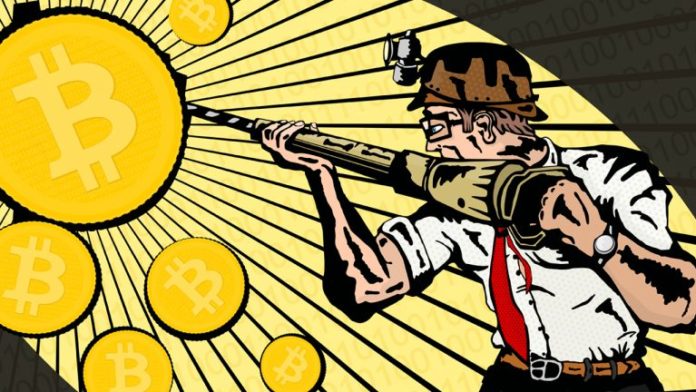 Bitcoin’s hashrate climbed to an all-time high (ATH) this week touching 166 exahash per second (EH/s) on October 14. Meanwhile, despite the recent price rise and hashrate ATH on Wednesday, only a small group of next-generation mining rigs are profiting at current bitcoin exchange rates.

The price of bitcoin (BTC) is hovering just above the $11K region and during the last few days, the network’s hashrate has touched a new ATH. At the time of writing, BTC’s hashrate is fluctuating between 130 to 140 exahash per second (EH/s), and on Wednesday evening (ET) the metric surpassed 166 EH/s.

Interestingly, the rise has continued despite the fact that BTC’s network difficulty has also reached an ATH at 19.69T. This means it is harder than ever before to find a block mining the BTC network, but this hasn’t phased the overall hashrate. The next BTC difficulty change is scheduled to happen in just a hair over two days’ time. While looking at the real-time mining hardware aggregator at asicvalue.com, with the filter set to $0.06 per kilowatt-hour (kWh) and SHA256 miners only, the web portal shows only 13 rigs are profiting today by over $2 per day.

A number of other cryptocurrency algorithms are showing higher profits than the SHA256 consensus algorithm. At the time of publication, the algorithms Equihash, Ethash, Tensority, and Eaglestrong show larger profits for miners mining these types of coins. Currently, miners who mine SHA256 coins (BTC, BCH, BSV) need around $0.06 per kWh to gather some decent profits above $2 per day.

Further, it would be better for BTC miners if the price was $1,100 higher than it is today so miners can recoup from the May block reward halving. In February, the blockchain analytics provider Tradeblock estimated a post-halving mining cost of around $12,500 per BTC.

Currently, the average coinbase reward value during the last 24-hours is around $71,390 per block with around $6,189 (0.54 BTC) in transaction fees. With BTC’s hashrate rising to new levels, the expected difficulty adjustment on October 17th will be increased a touch more than today.

What do you think about BTC’s hashrate touching all-time highs and the current mining rig profitability? Let us know what you think in the comments section below.

Here’s Why One Analyst Expects Bitcoin to Surge Towards $12,000

Bitcoin and the entire crypto market aren’t providing investors with much clarity into their near-term outlooks BTC is in the...