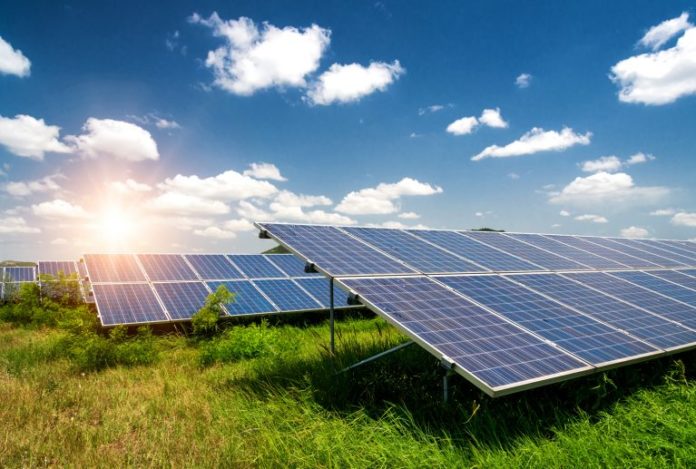 The energy used to mine bitcoin has long caused debate over whether it’s a wasteful process. As the arguments have rumbled on, some people have been focused on mining coins with renewable energy. On May 29, Christian Ander, the founder of Stockholm’s Btcx exchange, explained how instead of selling surplus solar energy, he’s been using it to mine bitcoin and making 10X the money he would selling the electricity to the grid.

Choosing to Mine Bitcoin Over Selling Power to the Grid

Mining cryptocurrencies like bitcoin cash (BCH) and bitcoin core (BTC) utilizes electricity in order to power the ASIC machines that profit from mining coins. Over the last few years, as digital assets have grown more popular and the SHA-256 hashrate (the BTC and BCH consensus algorithm) has climbed to all-time highs, people have complained that the amount of energy used to mine is excessive. However, while some people spend a lot of time debating whether or not mining is using too much energy, there are lots of miners using a variety of renewable energy methods like wind power, hydropower, and solar. A great example of this can be seen in Christian Ander’s explanation of how he was making more money using excess solar to mine bitcoin than he was selling the energy to the power station.

“Time to start your miners tonight almost free energy in Stockholm tomorrow — instead of selling my surplus solar energy, I mine bitcoin,” Ander remarked. “1 kWh = 1,16 Kr($0.12) — That is more than 10 times the money if I would sell it to the grid. Using the most common miners on the market ($100 each which convert 1,3 kW -> BTC).” Right now, certain miners in China and Canada are using hydropower to help offset electric costs and other mining operators use low-cost geothermal power in Iceland as well. But Ander isn’t the only person who has furthered the idea of minting digital assets with solar power. Lots of people have been promoting the concept while the SHA-256 hashrate climbs exponentially, pushing operators toward greener energy solutions. For instance, on July 1, 2017, a man from San Diego detailed how he’s been mining in the desert with twenty-five S9 miners inside his greenhouses. According to the San Diego desert miner, he ran everything 100% off-grid with solar and battery power and said he was “profitable.” Solar farming, in general, can be profitable for those simply selling to the grid but it depends on the land’s rental costs, geographic location, and the size of the solar installation. Recent estimates disclose that on average a typical solar farm can produce between $21,250 and $42,500 per acre every year.

Tam Hunt, the founder of a renewable energy project called Community Renewable Solutions, has outlined how solar energy could boost bitcoin mining while at the same time reduce energy consumption. Hunt’s study reveals that instead of selling electricity to the grid, mining cryptocurrency could be far more lucrative. The research claims that the “solar-plus-Bitcoin operation pays for itself in about two years” and after the return-on-investment (RoI) is completed “there is minimal risk remaining.” This is because if the price of bitcoin suddenly crashed below profitable levels, the operation has a backup plan because they can just sell the power to the grid. Hunt describes how off-grid mining operations can be done in areas with no power lines and where acreage is extremely affordable.

“Under this scenario, the miners are connected to the internet via a satellite connection, but otherwise the entire project is off-grid — All solar power is used for mining,” Hunt notes in his study. “This kind of facility could also include onsite storage to both smooth production and to extend mining operations beyond daylight hours.”

No Major Solar Mining Operations in 2019, but One Firm Claims to be Building a 20MW Sun-Powered Facility in Australia

Over the last few years, there’s been a lot of FUD surrounding bitcoin mining consuming too much energy. China’s National Development and Reform Commission (NDRC) detailed on April 9 that the department believes bitcoin mining “waste resources and pollutes the environment.” But there’s a lot of data and reports that show otherwise and that mining rigs can also produce their own heat power as well. A recent Coinshares study indicates that 78% of bitcoin miners utilize renewable energy sources. In March 2018, the co-founder of the Nakamoto X exchange, Kamil Brejcha, showed the world how he used excess mining heat to grow tomatoes. Later that year people read about a residential block in the freezing Russian province of Siberia with local grandmothers mining coins for profit and heat dissipation. Known as the Siberian babushkas, one woman explained how they used the hot air from miners to dry spices. “All the hot air is perfect for drying pumpkin, tea, and herbs — It dries very quickly — In just one day,” one of the babushkas explained.

There are all kinds of methods people use to harness renewable energy to mine bitcoins. Oddly enough, solar energy is not being used by major mining operations as the dominant renewables powering facilities have been hydro and geothermal. Although last summer, reports indicated that Hadouken Pty Ltd was approved to build a 20-megawatt solar farm that will be specifically used to mine digital currency. The mining operation is said to be situated in Collie Australia near a power company called Muja that produces 854 megawatts of electricity. Similarly, if there were a sudden cryptocurrency price downturn and mining wasn’t that profitable, Hadouken could simply sell the power to the grid. If individuals like Christian Ander have noticed that using solar-generated electricity to mine bitcoin makes 10X what could be made selling the power to the grid, then many other people are likely aware of the same idea.

At Bitcoin.com we just enhanced our cloud mining contracts and they’re now more profitable for you. It’s the perfect time to consider taking out a new contract with us so you can start earning bitcoin cash today!

The post Bitcoin Mining With Solar: Less Risky and More Profitable Than Selling to the Grid appeared first on Bitcoin News.

Today, May 31, the liquidators of the defunct Cryptopia exchange have made available the first report on the company’s situation....