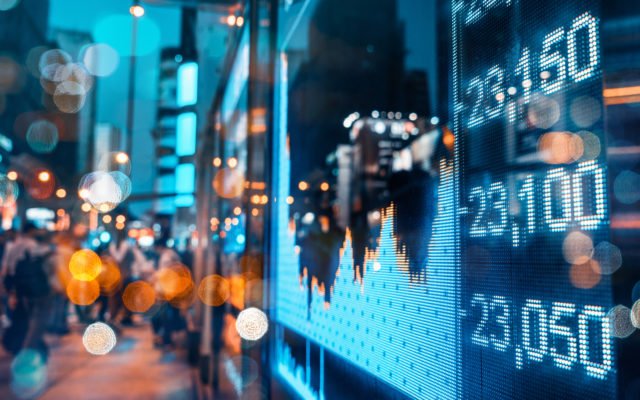 Getting towards the end of the first half of 2019 and Bitcoin has outpaced the stock market by almost 10 times.

Tweeting on Friday, Morgan Creek Digital CEO Anthony Pompliano noted that Bitcoin price 00 is up by about 111 percent in 2019. Meanwhile, by comparison, stocks have risen only 12 percent within the same period.

Between April and May alone, BTC has added $2,000 to its market price. Such is the extent of Bitcoin’s 2019 run that as eToro’s Mati Greenspan puts it:

Speaking recently to CNBC, billionaire venture capitalist Tim Draper pointed out the emergence of investor fatigue for some of the companies like Uber that have newly gone public.

Bitcoin bulls, however, don’t envisage any price fatigue for the top-ranked cryptocurrency by market capitalization. BTC has so far remained in close proximity to the $8,000 mark in May despite a few downward retracements.

BTC is a Great Diversifier

In an interview with CNBC on Wednesday (May 22, 2019), Mark Yusko, the Managing Director of Morgan Creek Capital Management described BTC as a great investment portfolio diversifier.

As previously reported by Bitcoinist on several occasions many commentators have said that BTC ought to constitute at least one percent of every investment portfolio.

Yusko also espoused sentiments similar to Pompliano’s saying Bitcoin is a better investment bet than stocks. Back in early 2019, Yusko highlighted Bitcoin’s potential, calling it the greatest wealth opportunity of our time.

Bitcoin’s stock as a great investment portfolio diversifier might come into even more significant prominence on the back of an imminent market decline.

According to Yusko, the Federal Reserve saying they are closer to slashing interest rates indicates the emergence of economic weakness.

Central banks across the world from Japan to Australia and even the European Central Bank (ECB) are also reportedly on course to adopt similar dovish monetary policies.

The historical precedence shows that rate cuts tend to lead to market weakness as seen in 2001 or even full-blown meltdowns like in 2008.

For people like Travis Kling of Ikigai Asset Management and Max Keiser, BTC represents a hedge against the fallback from such “irresponsible” central bank policies.

By how much do you predict that Bitcoin will outperform the stock market at the end of 2019? Let us know in the comments below.

The post Bitcoin Outperforming the Stock Market By a Whopping 10 Times in 2019 appeared first on Bitcoinist.com.

About a month ago, Bitcoin.com launched its free point-of-sale solution, Bitcoin Cash Register, for Android operating systems. This week our...