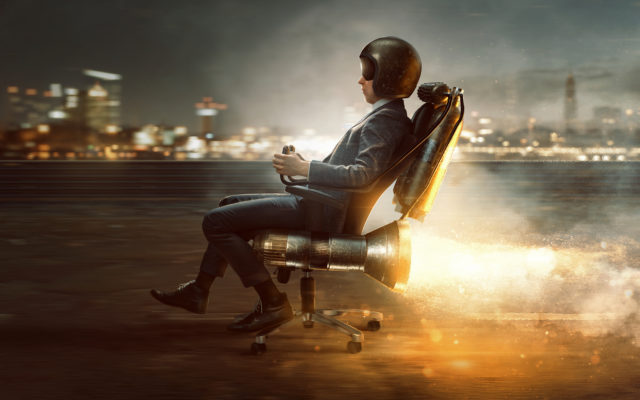 Bitcoin is in an almost constant state of price discovery, but past data is starting to reveal certain patterns. In 2019, the period between March to July saw a significant upward fluctuation.

Bitcoin Price Moves May Show Cyclical Rise and Fall
This past record does not guarantee future results, but suggests a bullish move is possible. Bitcoin often moves in a cyclical fashion, with ebbs and flows. In 2019, the effect of the futures market added another layer of bets on BTC future development, possibly creating an interplay between bullish and bearish attitudes.

How did 2019’s price movement of @Bitcoin $BTC compare to the previous five years, according to our data? Well, March through July headlined a great mid-year price run-up as the token surged back above five figures. However, December’s reputation as the best performing month let pic.twitter.com/8I8CaLRQIM
— Santiment (@santimentfeed) January 2, 2020

Bitcoin also raises hopes for a bullish cycle in mid-2020, based on the general retreat in the last quarter of 2019, and predictions of a bottom reached in January.
Prices for bitcoin ran a relatively volatile cycle in the past day, sinking just below $7,000, then recovering again to above $7,340. Now, the scenario for BTC is also showing risk of sinking to new lows in the mid $6,000s, but also a possibility for hikes to $8,000 again. Bitcoin price fluctuations happen within a tight range, not excluding a potential capitulation to a lower range.

Does today’s BTC bullish reversal hint at a bullish 2020? Markets practically never move in a straight line from Jan to Dec, meaning that prices can be counted on to cross the starting point at least once during the year. Will $6900 turn out to be the 2020 low?? #btc #btcreversal pic.twitter.com/lBhWBxW35u
— C2CX Exchange (@C2CXExchange) January 3, 2020

The period between March and July is also fraught with the halving of the block reward, scheduled to happen around May 15. This event may significantly sway prices around the event, in case the spike was not already discounted in 2019.
Miners Keep Boosting Performance in Early 2020 Ahead of Halving
Other factors that may put a different level of speculation will be the bitcoin options markets. Just days from now, CME has scheduled the launch of its options product. Options also offer various trading strategies, where the essence is betting on the future BTC price, instead of taking actual physical delivery.
The Bitcoin mining economics may also play a role in 2020. Miners are as active as ever, posting another record above 114 quintillion hashes per second, and possibly as high as 119 quintillion hashes. Miners are one of the classes of potential traders with an interest in hedging BTC price risk, as well as getting the best price for their new coins.
Bitcoin is still significantly higher in comparison to its lows in December 2018.

Will #Bitcoin’s 2020 performance surpass all the growth figures seen in 2019?

The past year led to gains of about 85%, still a significant success, despite the slide from the mid-year peak.
What do you think about BTC performance in 2020? Share your thoughts in the comments section below!

Commercial banks should work out their own transfer systems as an alternative to Facebook’s Libra, urged Jens Weidmann, President of...