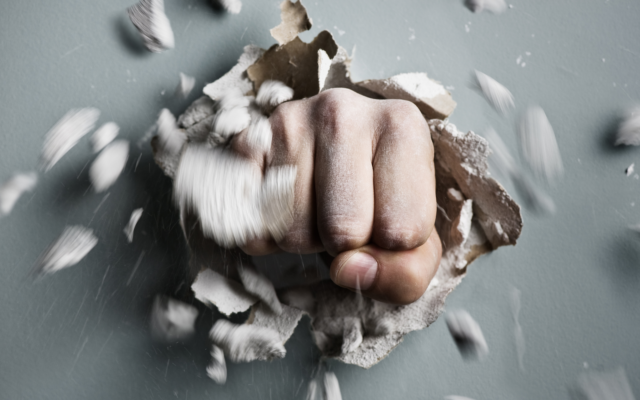 Bitcoin price is now only 2.33% away from hitting 5 figures, but another rising wedge pattern has put the bull brakes on. Will BTC buyers be able to shake off this pattern and break through the psychological level? Let’s take a look. 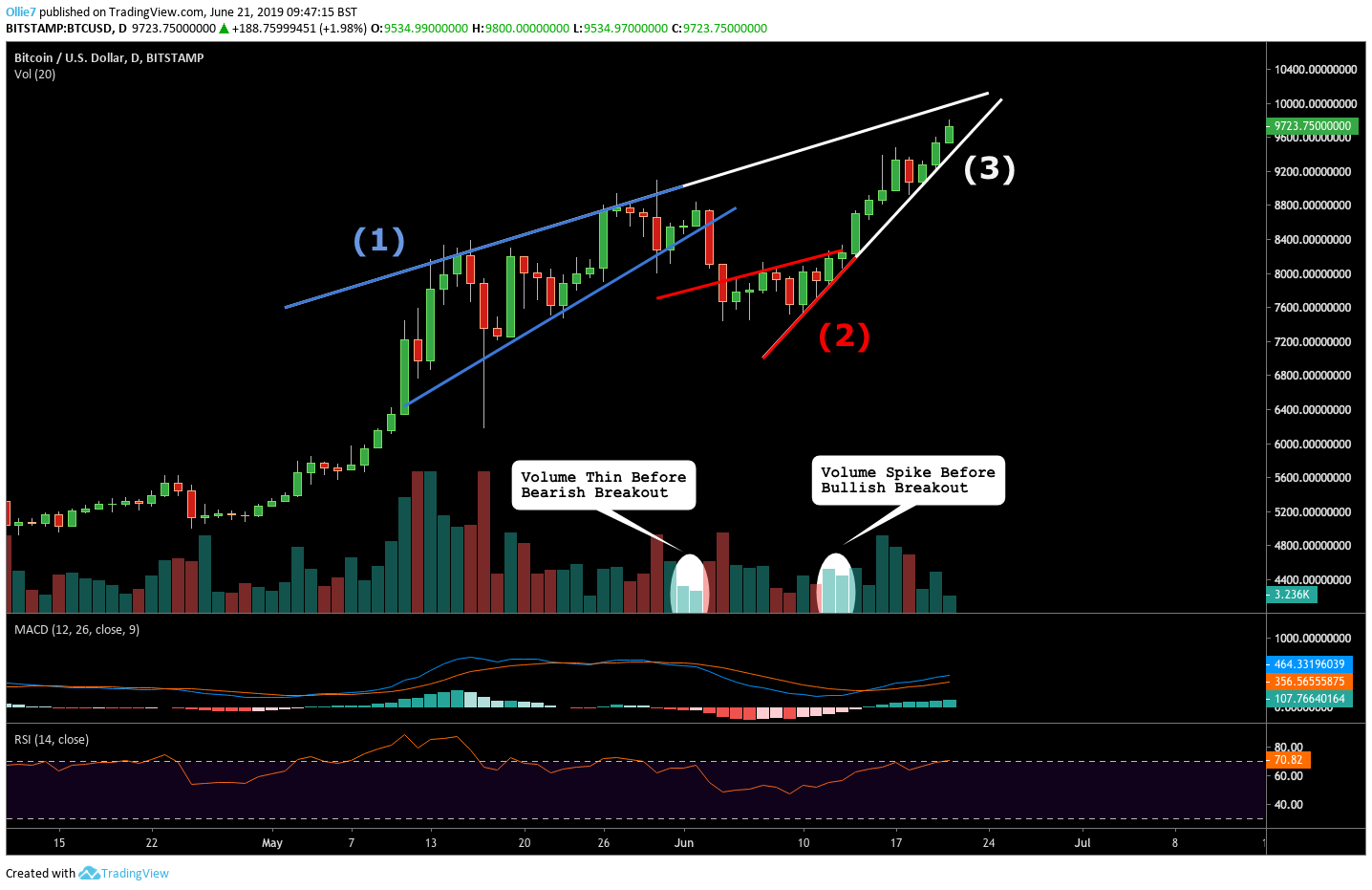 On the daily BTC/USD chart we can see that 3 rising wedge patterns have appeared so far in bitcoin price 00 over the past 40 days. Typically, rising wedges are bearish reversal patterns, however bitcoin has already invalidated one on June 14 and went on to print a new YTD-high, as we’ll look at now.

(1) The first rising wedge formed between May 1 – 30, as bitcoin bulls were desperately trying to break new ground above the $9,000 level. After briefly tipping over the psychological level on May 30 during the American trading session, a sharp sell off quickly took over the market and sent BTC plummeting nearly 12% before pulling back. On June 3, the rising wedge support eventually gave way under the mounting selling pressure and sent bitcoin cascading down into the next rising wedge pattern below.

(2) The second rising wedge was a much smaller pattern which took shape between June 7 – 14.  Bitcoin trading volume ahead of this breakout was noticeable higher than the rising wedge before – as shown on the chart above – which suggested that bulls were attempting to reject the bearish reversal pattern. At around 21:00 (UTC+1) on June 14, a sudden spike in buying momentum catapulted bitcoin above $8,750, and out of harms way.

(3) Looking at the price right now, we can see that by extending the resistance of the first pattern along with the support of the second pattern, a much larger rising wedge has now formed.

What to Expect Next

This critical price point will be a highly tense moment for bitcoin traders, as both short and long traders have already piled in behind the psychological level. Because of this, whichever way BTC breaks it is undoubtedly going to trigger a squeeze in the futures market. This will either send the asset rocketing even higher if it breaks bullish, or push the price down even lower if breaks bearish.

The only way we can know which way bitcoin is going ahead of the breakout, is by monitoring the volume. As we can see in the last two patterns, if volume starts to decline ahead of the maximum consolidation point then we should anticipate BTC to break downward, and vice versa. 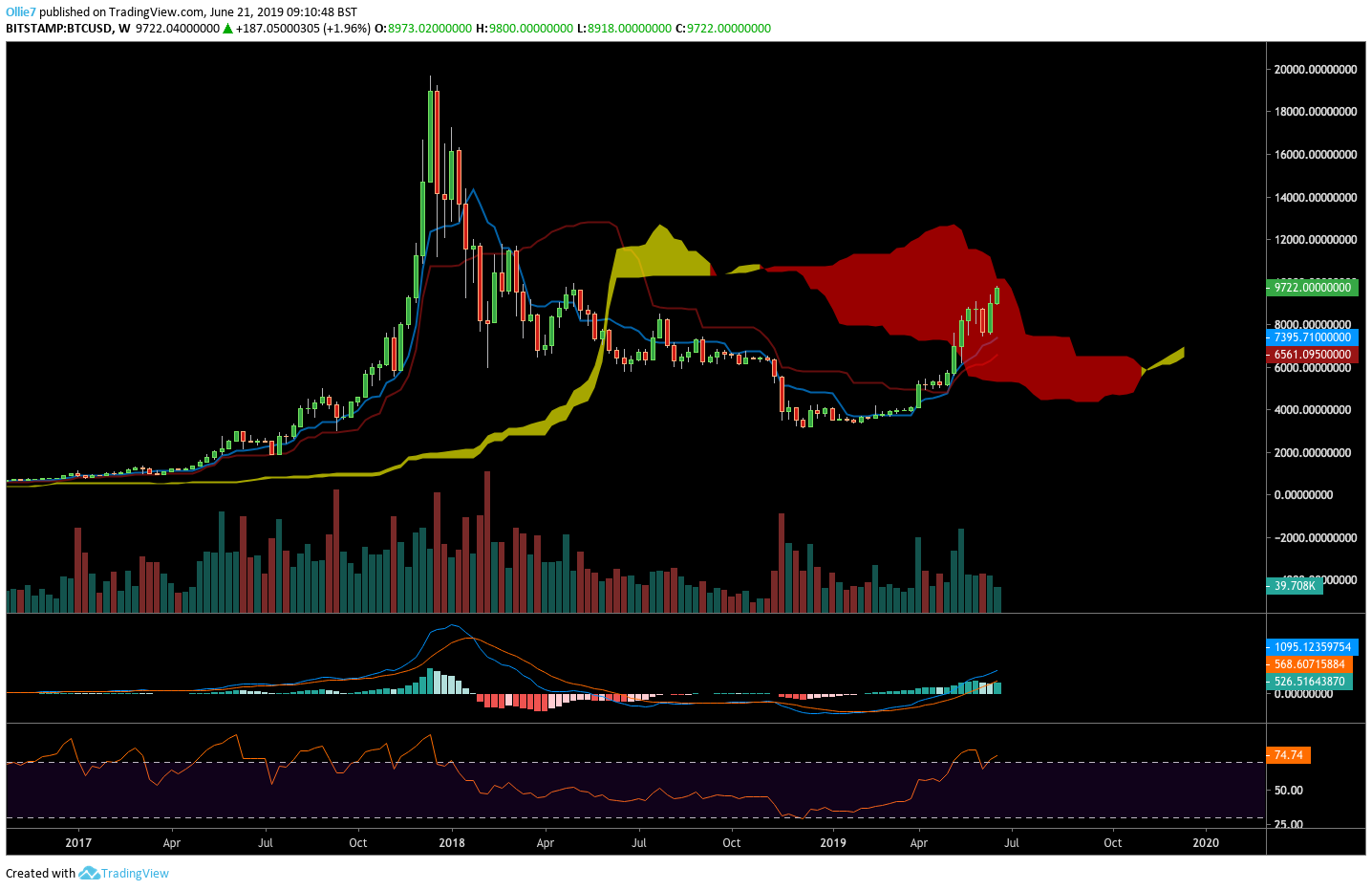 On the weekly chart, we can see that the price is very close now to breaking through the resisting kumo (red cloud) on the Ichimoku indicator. This will be adding additional pressure on bullish traders to perform at the aforementioned breakout point, as a rally above $10,000 would drive BTC through the cloud and produce another huge bullish signal for bitcoin traders.

The last time the price climbed through the resisting kumo was back in November, 2015, right before bitcoin went on to climb 4,400% to its ATH 3 years later. If BTC is able to do this again soon, it will undoubtedly attract more traders into the market just as Fundstrat’s Head Analyst, Tom Lee, predicted last week.

Where do you think Bitcoin is headed next? Let us know your thoughts in the comment section below!

The post Bitcoin Price Analysis: BTC Needs to Break Through This To Hit $10K appeared first on Bitcoinist.com.