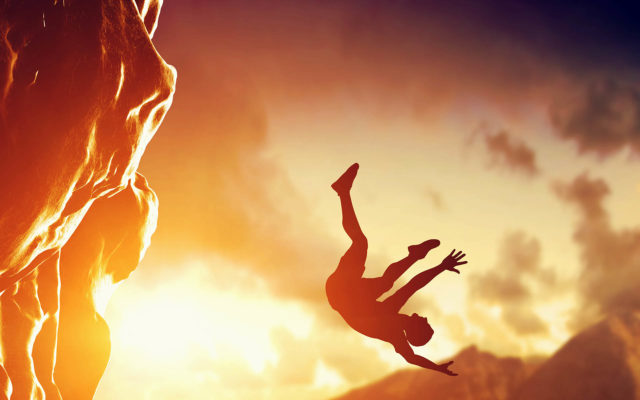 Following a week or so of relative inactivity in the mid $10k level, bitcoin price has broken down through support today. The asset has traded in five figures for the best part of this month but found itself back in the $9k zone during late trading yesterday.

Bitcoin Could Drop Below $9k

A death cross formed on the one hour chart earlier this week and as if in response, the downtrend intensified. Yesterday saw a slow but steady decline until one fat red candle dumped BTC all the way back to $9,900 according to Tradingview.com.

Within a few hours, bitcoin price rapidly recovered to $10,250 but could not hold gains and has begun to fall back again, currently trading at 00. A fall below five figures again is looking inevitable and support lies around the $9,750 level. 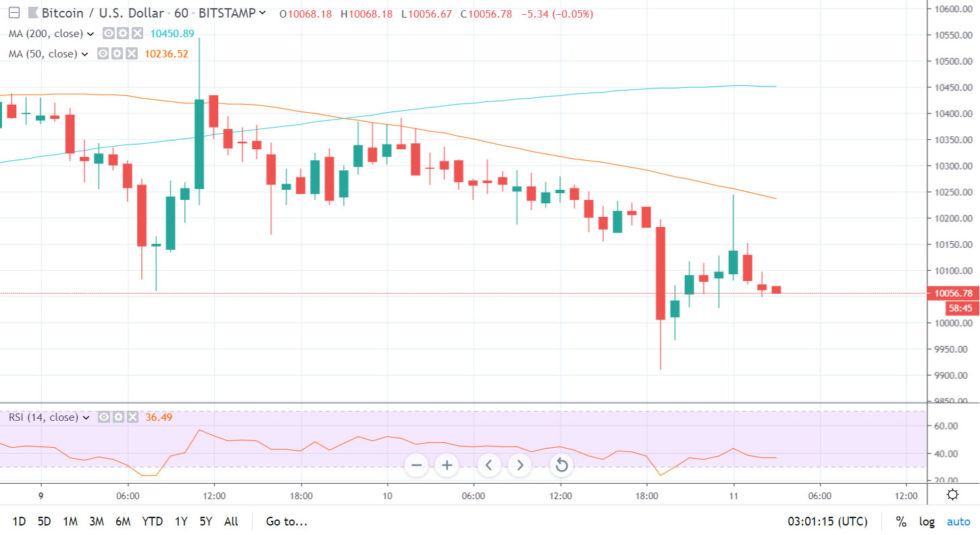 According to crypto analyst ‘CryptoFibonacci’ the bounce was exactly where a Fib cluster lined up which provided a solid support for this short timeframe.

“An important Fibonacci retracement cluster lined up just perfect.  Not saying that is the bottom, but it was tradeable.”

$BTC 4 hour Chart. Why did it bounce where it did?

An important Fibonacci retracement cluster lined up just perfect. Not saying that is the bottom, but it was tradeable.#BTC pic.twitter.com/C21BN8GT1N

With a test of the lower trend line of the large pennant formation, a breakout could be imminent. ‘Welson Trader’ identified a buying opportunity at every dip, and this one would have paid off with its 3.5% bounce.

“Noobs would’ve sold this dip, and been scared. Pro traders would’ve taken this as an opportunity to buy crypto’s at a discounted rate!”

Meanwhile, fellow trader Josh Rager has noted that without buyers stepping in over the next few days there will be a move back into the mid-$9,000s followed by a possible break to $8k.

“Bitcoin price breaks through current support area on the daily and through the 20MA. If buyers don’t step in the next couple days, we’ll see Bitcoin retest the previous support in the low $9ks. A break from there likely leads to $8k”

If buyers don’t step in the next couple days, we’ll see Bitcoin retest the previous support in the low $9ks

A break from there likely leads to $8k pic.twitter.com/cZEM61eSFk

With another break of the key psychological $10k barrier, things are not looking too good in the short term. However, as we have seen in the six previous times bitcoin price dropped into the $9k zone, there have been plenty of buyers to snap it up at those levels.

There is also the notion of the whales actually wanting to drop the price so they too can accumulate $8k BTC. At the time of writing, it is a red Wednesday for bitcoin and as usual, its brethren are dumping even more.

Will bitcoin price fall to $8k during this correction? Add your thoughts below.

Bitcoin and cryptocurrency payment processor, BitPay, is about to face another wave of negative publicity. This time it has refused to...