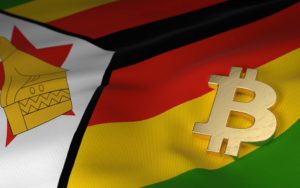 Bitcoin is trading at an eye-watering 600% premium in Zimbabwe, as the country’s oppressive monetary policy drives local investors towards the decentralized ‘safe haven’ cryptocurrency.

As various media outlets reported in recent days, a full ban on foreign currency in Zimbabwe has triggered a giant premium for Bitcoin, which currently sells for up to $75,000.

At press time, BTC/USD hovered around $11,000, meaning the premium reaches a huge 580 percent.

Beginning last week, the country’s government opted to stop transactions in the US dollar and reintroduced the stricken Zimbabwean dollar, which disappeared in 2008 amid unbelievable hyperinflation.

The move caught citizens entirely by surprise, with the cash squeeze compounding anger about economic policy.

“Watch (Bitcoin) usage and prices spike in Zimbabwe, where, like everywhere else, ‘the full faith of government’ is just economic jargon,” Olaoluwa Samuel-Biyi, director of remittance service SureRemit, commented about the situation June 24.

Zimbabwe officially pulled the plug on allowing cryptocurrency to circulate legally in 2017. At the time, economic woes were ongoing, and Bitcoin once again saw huge local mark-ups.

Zimbabwe has had no cryptocurrency exchanges since May last year, with trading thus necessarily occurring on P2P platforms such as Localbitcoins.

The phenomenon closely mirrors similar stories which continue to define Bitcoin’s rise in mainstream culture. In particular, it is countries such as Venezuela where citizens have put their faith in crypto in the face of unreliable fiat alternatives.

“Replace ‘USD’ in this story with ‘Bitcoin’ and you get a glimpse into the future of not just Zimbabwe, but every country on earth,” he wrote on Twitter.

They’re right to reject these measures wholesale. Money is a service that should be provided exclusively by the market, and never by the State.

While data for Zimbabwe’s Bitcoin trading is not available, according to statistics for last week compiled by monitoring resource Coin Dance, global volumes have hit new records.

Bisq managed to generate volumes of $10.7 million in the seven days to June 29, a number far above the week prior, which at $6.1 million was in itself record-breaking.

What do you think about Bitcoin price in Zimbabwe? Let us know in the comments below!