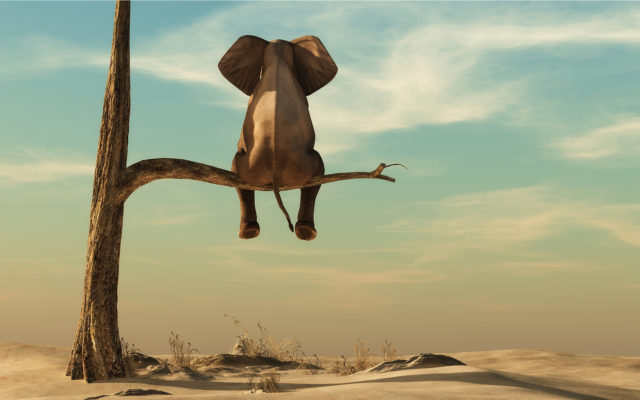 Just when the bears were gearing up for another mauling, bitcoin price bounced off long term support in an epic 14% pump. The move has kept BTC on track to make greater gains next year as long term technical indicators have held strong.

Following an almost 10% slide on the week, BTC hit a seven month low of $6,550 yesterday. This price zone provided a major level of support during 2018 and it appears to have done so again this year.

The bounce off support was pretty substantial, bitcoin’s largest price increase since the China driven surge in late October. BTC topped out at $7,450 according to Tradingview.com charts resulting in a 13.5% move. 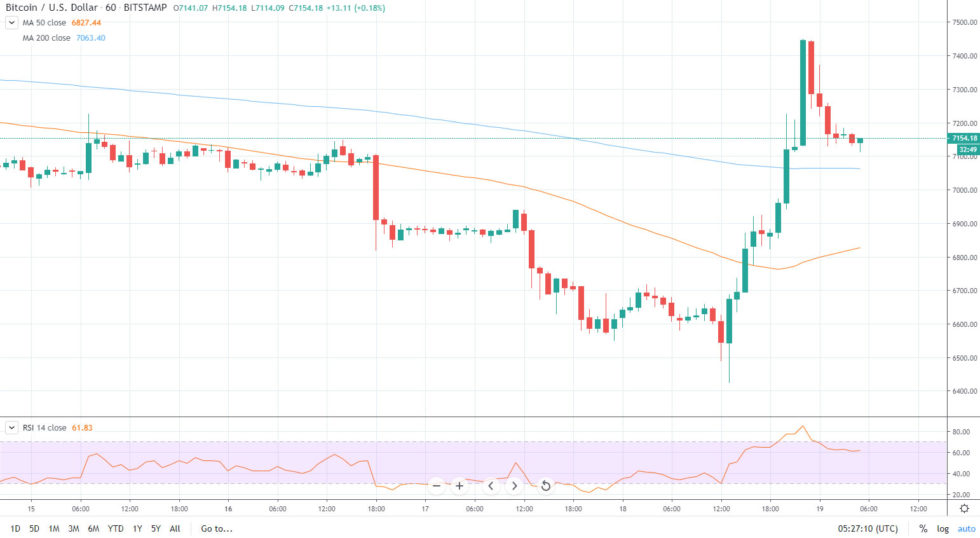 Naturally, there is a pullback after such a strong move and the past few hours have seen the asset drop back to $7,100. If BTC dumps back into the $6k region again in the next few hours the move was probably just more whale manipulation.

Analyst ‘CryptoHamster’ has already noted that some indicators are starting to reverse.

“The pump was cool, but now, it seems that it is time for a pull-back. Many indicators are reversing now after hitting an overbought area.”

The pump was cool, but now, it seems that it is time for a pull-back.
Many indicators are reversing now after hitting an overbought area. $BTC $BTCUSD #bitcoin pic.twitter.com/6RWFSDRIXY

The key take so far is that support has held and longer-term charts, such as these posted by Peter Brandt, confirm that the trend lines are still intact.

Alex Krüger’s poll on whether the bottom was in or not attracted over 3,000 respondents with 37% confident that it was. The next few hours will be crucial for BTC prices and forward momentum.

A true trend reversal is going to take more than a quick pump back to the $7k zone. Sustained buying pressure is needed and the sentiment is still largely bearish for bitcoin and crypto markets at the moment.

The fear and greed index is still buried deep in ‘extreme fear’ with a signal of 21 and it hasn’t been positive since China’s blockchain pump.

There isn’t a lot fundamentally signaling this recent pump so a technical bounce off support could have been all it took to trigger the cascade of buy signals.

Whether the impeachment of US President Donald Trump and bitcoin’s bounce is correlated remains to be seen. House deliberations were going on at the same time as the bulls were rushing into the digital asset.

Was the bitcoin price hit bottom or will it fall further? Add your thoughts below.

“I am pretty confident we are the new wealthy elite, gentlemen, even with a sum as small as 10 bitcoins...