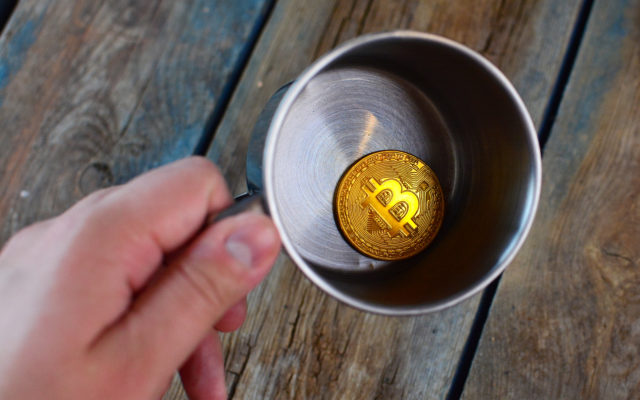 The long-awaited Bitcoin price correction lasted less than an hour. Yes, it did dump 30% as many analysts had predicted, but mass buying pressure was triggered when it hit the target so BTC subsequently surged again. Now comfortably back over five figures again, some have seen this as the new floor.

Only 3 Bitcoin Price Candles Closed Under $10000

The pullback to $9,600 was short-lived. According to Tradingview.com, there were only three candles on the hourly chart that closed under $10000, the lowest at $9,780. Even the one that marked the 30% dip closed in five figures indicating that this could be the last time BTC price trades that low. The charts indicate that a lot of buyers were interested in sub-$10k Bitcoin, so many in fact that it did not remain there for very long. 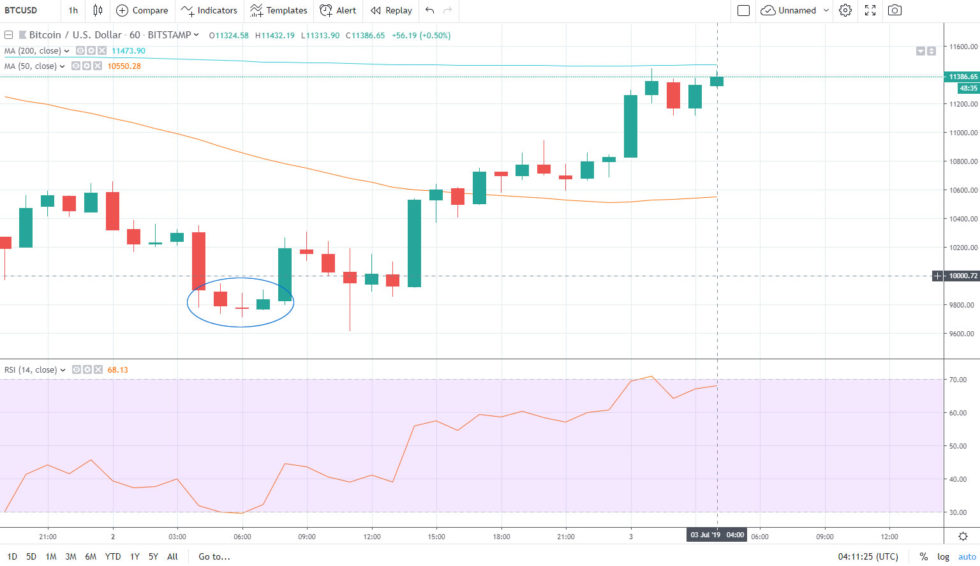 CNBC Futures Now, which has often been considered as a counter trade indicator, has indicated that Bitcoin price may have just found a new floor at $10,000. During the interview on ‘Futures Now’, broker Jim Iuorio stated:

“I’m actually starting to see bitcoin for what it may be, and that really is a genuine dollar hedged safe haven asset. At least, it has performed that way over the last six months and ten thousand seems to be a good level here.”

Iuorio added that he has been very impressed with the Bitcoin price action so far this year, especially since June when it went higher up as the US dollar fell. Scott Nations, who admitted that he was not a fan of Bitcoin, stated that as digital gold it works well because investors have the belief that it will do well when everything else is doing poorly.

Nations added that anywhere around $10k would be a good entry level and for him, the only time he would consider buying Bitcoin as someone who does not usually trade it.

Did Bitcoin just find a new floor around $10,000? @SeemaCNBC, @JimIuorio, and @ScottNations debate the next level for digital gold $BTC pic.twitter.com/p5wkz151GK

Where Next For BTC?

If a new floor of $10,000 has been established for Bitcoin price, then consolidation above here may be the next moves over the coming days. Trader and analyst Josh Rager is in agreement.

“We had our 30% pullback so what’s next? History says that price consolidates followed by an average gain of 153% before the next big pullback.”

Consolidation at this range would not be a bad thing and may give some of the altcoins a chance to wake up a little. So far they have been hopelessly anchored to Bitcoin on the downsides but have done very little on the upsides. BTC is still in the driving seat as its dominance returns above 62% while its brethren remain stagnant.

Will Bitcoin price fall back below $10k again? Add your thoughts below.

The post Bitcoin Price May Have Found The Floor At $10,000 appeared first on Bitcoinist.com.

The much talked about 30% correction in Bitcoin price was hit pretty much spot on during yesterday’s US trading session....