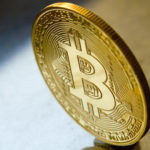 We will be inspecting the price history and market opinions for BTC to come up with a Bitcoin price prediction for April 2020.

Since the beginning of March, Bitcoin lost around 50% percent of its price in three days, and its market cap went under the $100 billion mark, prompting massive sell-offs on the market. The coin then saw a recovery of 20 percent during a 24-hour period. 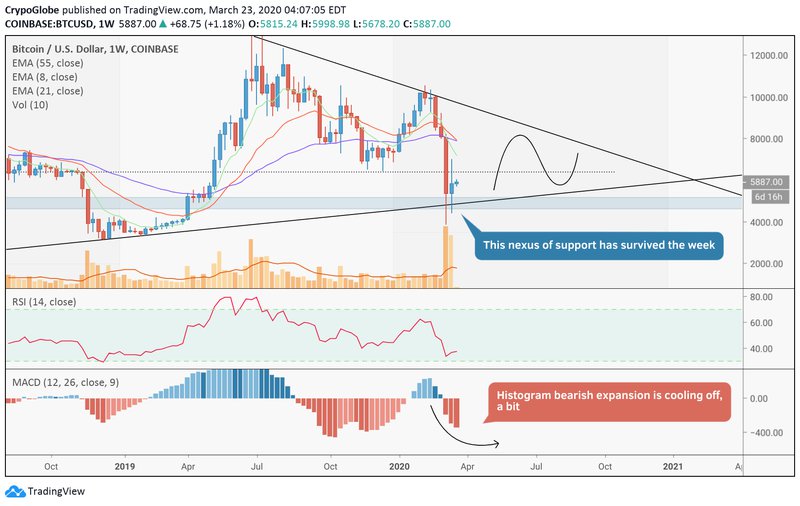 The major support level is set in the $4k area, and so far, the coin has managed to keep itself above it in the past week. From the histogram, Bitcoin’s bearish momentum may start to slow down. The BTC/USD pair is currently amid a very long-term bearish trend. This period is one of consolidation seeing the price recovery to $7,000 in last week. 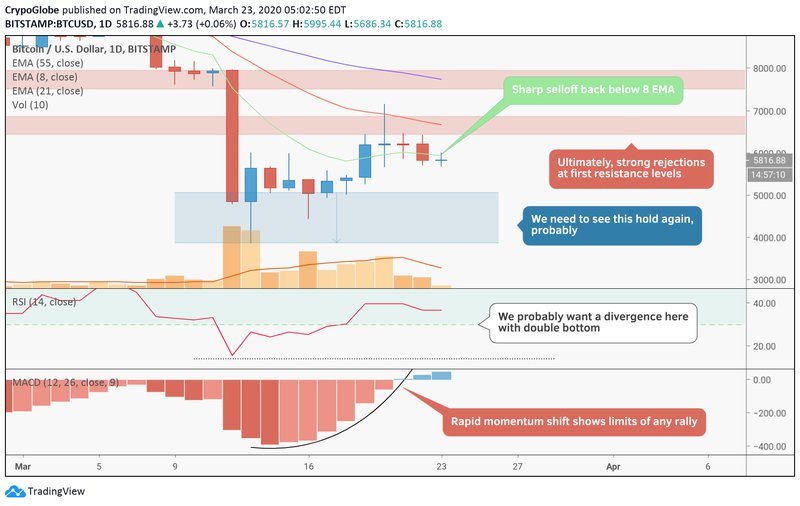 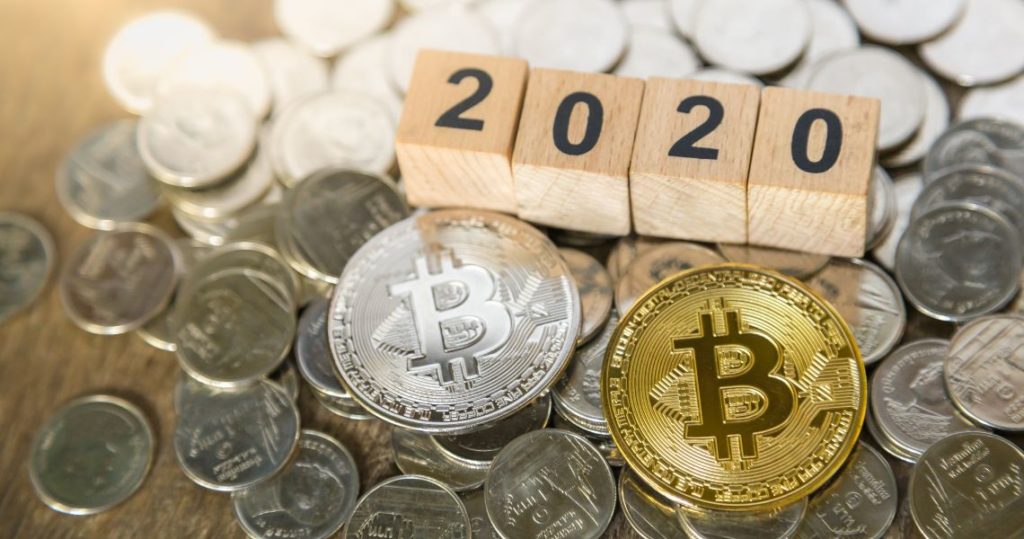 Currently, Bitcoin is all over the crypto news, as it severely crashed this month because of the impact of the coronavirus outbreak, which affected all other financial markets as well.

The most anticipated upgrade for the Bitcoin network will occur in May and is also known as the Bitcoin halving, in which the block reward will be cut in half. This event is expected also to affect the price of Bitcoin, but most analysts expect that this will be noticed in the long-term.

A number of crypto forecasting sites have issued their own Bitcoin price prediction for April 2020, and to better give you a sense of the market sentiment regarding the future performance of the crypto, we have included some of them in our list below.

Longforecast projected that BTC will be trading at $6,740 at the start of April. The site predicted that the maximum price of the coin for this month would be around $8,335, while the minimum price will be around $4,739. The month’s average price was estimated at around $6,901. The coin is predicted to have a closing price for the month of $7,790, change for April 15.6%.

Digitalcoinprice‘s Bitcoin price prediction for April is once again optimistic compared to other predictions, placing the coin at $12,448.72, which signifies a growth of 114.44%.

Coinpredictor expects that Bitcoin will decrease by -22.6% in April, which would place the coin at around $7,137.53.

WalletInvestor made predictions for the first 2 days of April, along with the minimum and maximum values of each particular day.

Cryptorating’s Bitcoin price prediction for April is very pessimistic, expecting the coin to have a loss of -49.4%, which would bring BTC to $2,934.61.

This is the end of our Bitcoin price prediction for April 2020. We hope that the information we presented here will be of help to you in your future BTC trading operations.