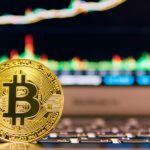 We will be looking at the price history and market opinions for BTC in order to formulate a Bitcoin price prediction for March 2020.

In the past week, we can see that the coin began testing an important support zone on the weekly chart, based on several significant 2019 levels. The last two weeks had superficial corrections, with the bulls keeping their ground. Since January 16th, we can notice that BTC started struggling to keep itself over the $10,000 mark, and from January 20th, the coin traded a few hundred dollars below this level. 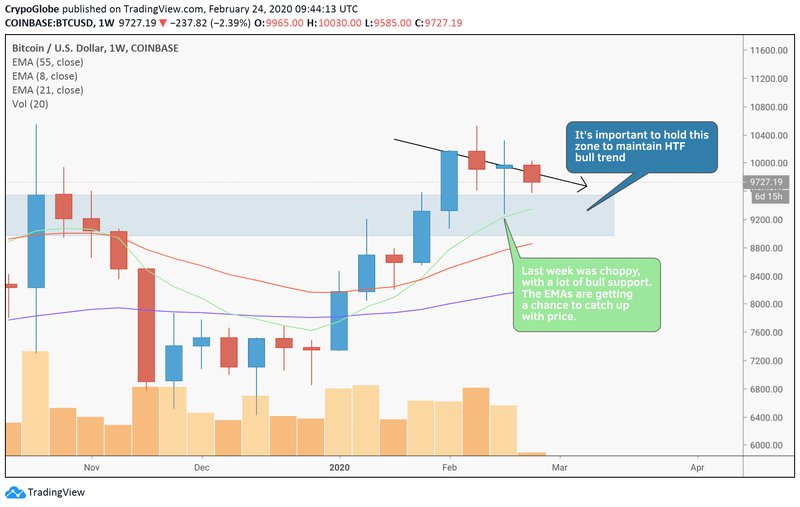 “Looking at the same chart with expanded indicators, we must acknowledge an alarming bearish contraction accelerating on the histogram, which is telegraphing a clear shift in momentum to the downside. This gives us the impression that the MTF picture may remain bearish; but of course, we have seen reversals on this indicator before in previous bull markets. The RSI is retracing into its historic “bull zone”, which has held every retracement during Bitcoin bull markets; and it seems likely that we find support here,”- predicted CryptoGlobe. 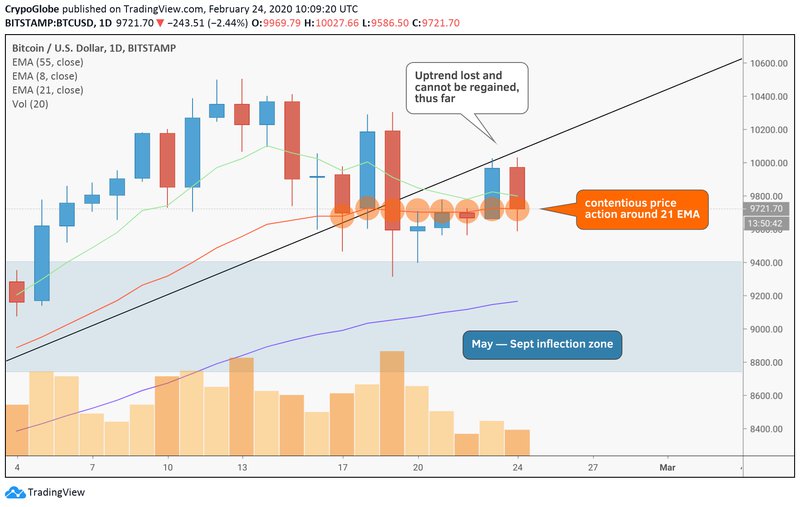 Based on its price pattern from back in May 2019, Bitcoin is expected to undergo a massive price decline that would bring its value under $9,000, as all historically accurate fractal points towards a traders’ sell-off sentiment. 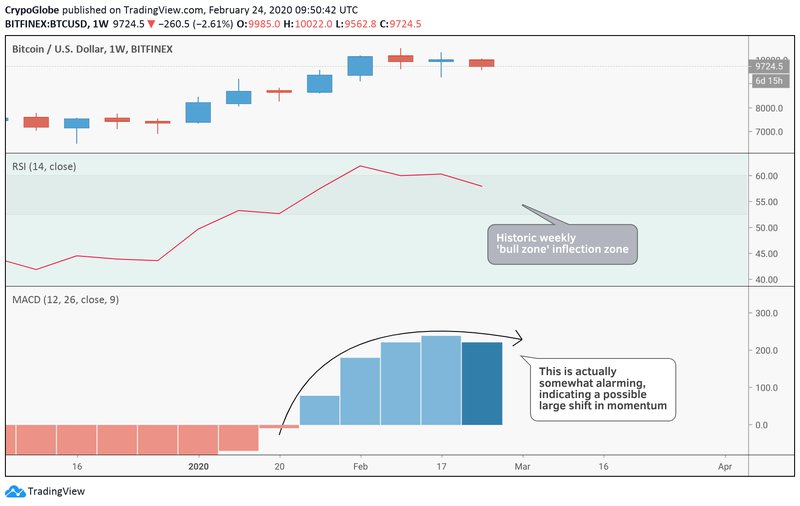 The Doji indicator is noticed when a session of an asset’s candlestick has the same opening and closing rate, and analysts consider it to be foretelling of a trend reversal. 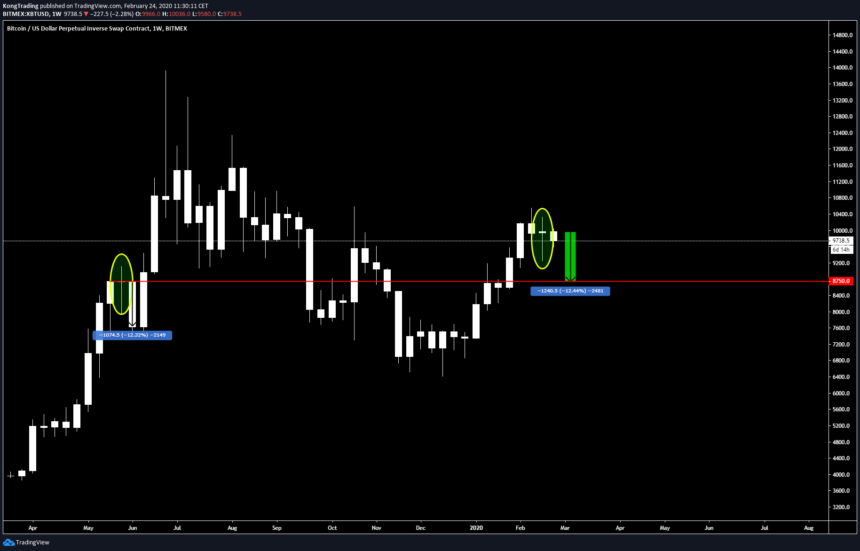 Crypto analysists observed Bitcoin’s formation of a weekly Doji candle in May 2019, which led to a massive price decline. That is why analysts expect a similar sell-off sentiment as Bitcoin stays grounded between the $10,000-10,500 resistance area. 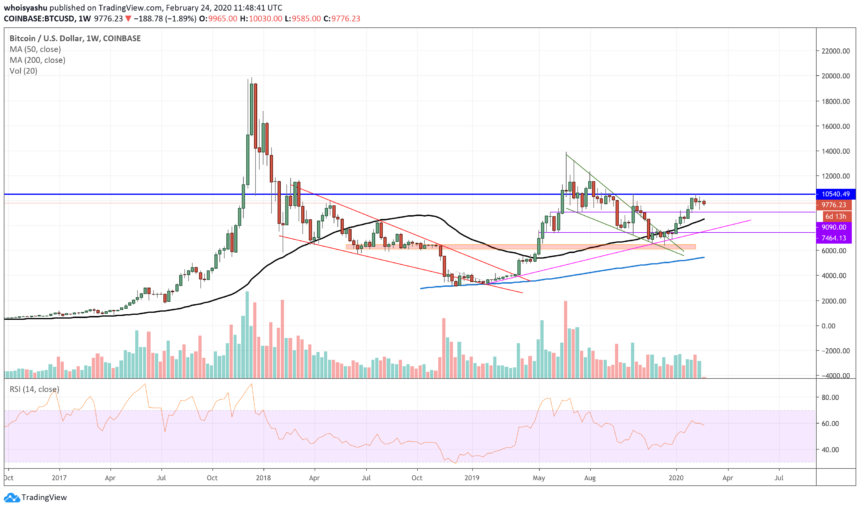 In the past few weeks, there have not been any important news related to Bitcoin developments and projects. However, BTC is the most widely-adopted crypto in the world, so there are no worries there.

However, there are many projects with the Lightning Network and other Bitcoin applications that are in progress at the moment.

February 23rd, Bitcoin was mentioned in a brief segment created by the popular tv series “The Simpsons.”

Several sites have issued their own Bitcoin price prediction for March 2020, and in order to better reflect the market sentiment around this coin, we decided to incorporate some of the most relevant ones.

Longforecast forecasted that BTC will be trading at $10,321 at the start of March. The site estimates that the maximum price would be able to reach $11,550, while the minimum price will be around $8,898. The month’s average price was premeditated at around $10,364. The closing price of the month was estimated at $10,685, change for March 3.5%.

Digitalcoinprice’s Bitcoin price prediction for March placed the coin at an optimistic price of $21,418.27, which signifies an evolution of 119.12%.

WalletInvestor made predictions for the first 5 days of March, along with the minimum and maximum values of each particular day.

We have reached the end of our Bitcoin price prediction for March 2020. We hope that the information we presented here will be of help to you in your future BTC trading operations.

Ransomware attacks and similar extortion schemes took in an estimated $144 million in the course of 7 years. FBI estimates...