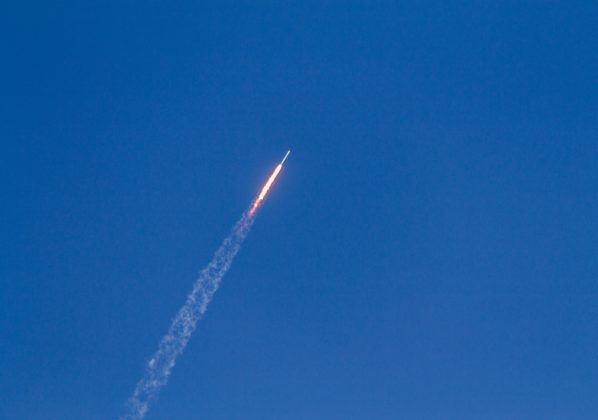 Bitcoin popped to fresh quarter highs Wednesday as the US Federal Reserve warned of a “medium-term” economic disaster.
The central bank decided to maintain its benchmark lending rates near zero while calling for further stimulus support from Washington.
The dovish outlook helped to send all leading assets higher, including the Wall Street index and Gold.

Bitcoin was among the biggest gainers Thursday as the Federal Reserve left benchmark lending rates near-zero and hinted at providing further stimulus if necessary.
BTCUSD Pops over $9.2K in a Surprising Pre-Halving Rally | Source: TradingView.com, Coinbase
The anti-fiat cryptocurrency popped 4.98 percent to hit its seven-week high at $9,233 and maintained those gains further into the day. Its move uphill came even as the Fed painted a gloomier “medium-term” economic outlook led by the fast-spreading Coronavirus pandemic.
More Stimulus
Chairman Jerome Powell said in a press brief Wednesday that he expects the U.S. economy to shrink further on three factors: the uncertain virus curve, loss of productive capacity caused by social distancing, and the crisis’ global dimension.

Meanwhile, the Federal Open Market Committee added that the Fed would act “forcefully, proactively and aggressively” to safeguard the U.S. economy.
“The Federal Reserve is committed to using its full range of tools to support the US economy in this challenging time,” it said at the end of its two-day meeting on Wednesday.
The central bank kept interest rates near March 15 levels – between 0 and 0.25 percent – and promised to maintain the range until it sees the U.S. economy achieve its “maximum employment and price stability goals.”
A Well-Timed Bitcoin Rally
The Fed’s dovish policy helped Bitcoin, U.S. equities, and even Gold logging a wild intraday rally. But for Samson Mow, the cryptocurrency had more solid reasons to grow other than artificial inflation caused by the world’s biggest central bank.
The CSO of blockchain technology firm Blockstream said Thursday that bitcoin draw higher demand from traders ahead of its mining reward halving on May 12, 2020. The event will send the cryptocurrency’s daily production down from 1,800 BTC to 900 BTC – a complete opposite of what the Fed is doing by printing more US dollar units.
Bitcoin and U.S. equities have different bullish catalysts | Source: Samson Mow
But the act of pumping bitcoin also led to theories about the market’s liquidity. ZeroHedge’s activist journalist, who works under the pseudonym of Tyler Durden, called bitcoin’s weekly rise a “hilarious cycle” – a textbook definition of an illiquid altcoin.
“My hope is that the halving will financially destroy as many Chinese miners as possible and we can actually have a legitimate bull market instead of this pump and dump movie,” Mr. Durden wrote.
Photo by Maciej Ruminkiewicz on Unsplash