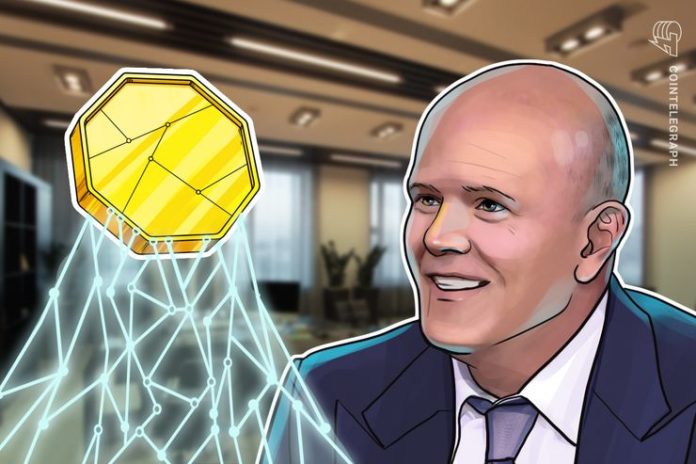 As part of his comments at Yahoo Finance’s second annual “All Markets Summit,” Novogratz, who last week “called a bottom” for crypto on social media, said Bitcoin’s price drops throughout this year had demonstrated its new stability.

“Bitcoin has held $6,000. Yes, it is off its highs, but it has established itself as a store of value,” he told the audience quoted by Reuters, adding:

“I think institutions are moving towards investing. It’s shocking how much has happened.”

Both Bitcoin and major altcoins were seeing a renaissance Friday after a week of flat performance, with BTC/USD climbing to highs above $6700 at press time.

Ethereum (ETH) delivered gains of almost 11 percent in 24 hours, hitting $230 for the first time since September 6.

Continuing, Novogratz additionally likened the current climate in cannabis stocks to how Bitcoin and Ethereum were in 2017.

“The prices of cannabis stocks today feel like bitcoin and ethereum did in December of last year,” CNBC quotes him as saying, forecasting the market to grow “relatively rapidly.”

Following the hack of Zaif, one of Japan’s regulated crypto exchanges, the country’s financial regulator immediately responded, launching an emergency...